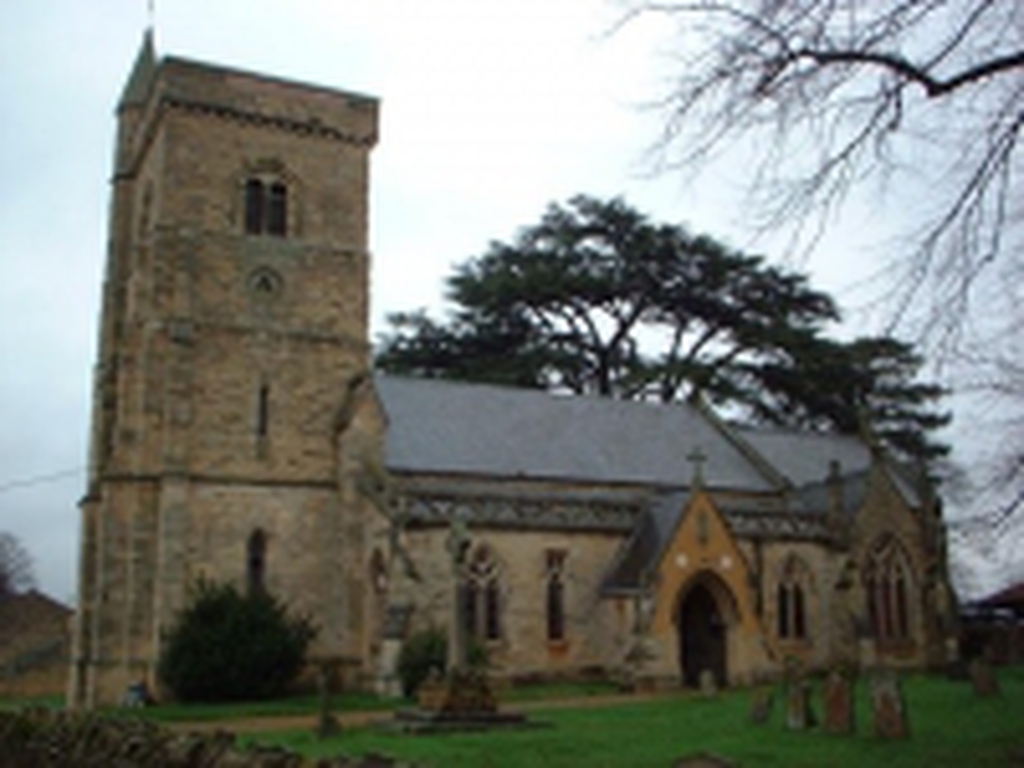 The History of All Saints

THE HISTORY OF ALL SAINTS, CALVERTON

The Church in Calverton first appears in the local records in the year 1068, two years after the Battle of Hastings and the Norman Conquest by William the Conqueror. The date of 1068 would indicate that it is one of the oldest Church foundations in Buckinghamshire, if not the oldest!

The first Rector of the Parish of Calverton, which was dedicated to All Hallows -a medieval title for All Saints – was Richard, whose name appears at the head of the list of Rectors on the south wall inside the Church. Although the year 1068 is an official record of the Christian Church’s more definite structure in the area, the actual Christian presence goes back, of course, much further: in fact to sometime between AD600 and AD700.

We know this because during the time a missionary named Birinus came to this part of the country converting the pagan West Saxon people, our forebears in this area. In fact Birinus found the people here so pagan that he decided to settle among his converts and preach the gospel by permanently living with them. This meant that Christianity in the area of Buckinghamshire, and South into Oxfordshire and Berkshire became well established. Birinus was a great missionary and organiser who became the first Bishop of Dorchester caring for the people he converted and loved. It is to Birinus that we owe the system of parish organisation in this area and it is more than reasonable to suppose that the Parish of Calverton was established at this time.

Unfortunately, we do not really know what the Church building looked like before the eleventh or twelfth century when Richard became Rector, but we can conjecture that it would have been built of wood or “wattle and daub” and very simply consisting of a nave (with no seats or pews!) and a chancel to house the altar.

The “old” Church of All Hallows, Calverton (there are pictures of it in the present “new” Church) was of a style built in the eleventh and twelfth centuries. This consisted of a nave, a chancel and a south aisle with an entrance porch. This “old” church was replaced by the present “new” Church in 1818 when, it would seem, the tower of the medieval building collapsed!

Building of the present Church, All Saints, took place virtually upon the same foundations as the previous one of All Hallows. Its design and financial support were through the generosity of the Patron of the living, Lord Arden, assisted by the temporary Rector, Dr. Butler. The son of Lord Arden – the Hon. and Revd. Charles George Perceval succeeded Dr. Butler in 1821 and during his incumbency as rector here the stained glass windows and other embellishments were installed. The windows depict some of the Christian Church’s most famous saints and one or two not so famous.

All Saints, Calverton, owes much to Father Perceval. He was a devout High Churchman being a supporter of the Tractarians – men who were concerned with the decline in Church standards of teaching and worship. Much of the decoration in the Church, particularly in the chancel, owes its origins and ideas to the great movement of Church renewal and its supporter in Calverton, the Revd. Charles George Percevel.

The Rectory at this time was also built by Lord Arden for his son and is today Calverton Place, a fine example of Georgian architecture. It was here in the Rectory during the period of the Tractarians that some of its leaders would meet. Men such as Dr. Pusey from Oxford, and John Henry Newman with Edward Manning were visitors to Calverton. Newman and Manning were later made Cardinals in the Roman Catholic Church, after leaving the Church of England. It is known that some of the “Tracts for the Times” were planned if not written at Calverton.

An autobiographical note by the Rector, Fr Charles George Perceval, appears in his own handwriting on the fly-leaf of the Parish Register for 1812-1866. It runs as follows:

“I, Charles George Perceval, 3rd surviving son of Lord Arden came to reside here as Rector of Calverton on the 26th of March 1821. Aged 24 years and 3 months – being born on Christmas Day 1796. I succeeded Dr. Butler to whom it was given by my father in 1814 to hold till I was of a proper age. My father purchased the living from Lord Salisbury.”

A portrait of this worthy Rector can be seen in the vestry of the Church. It was given to commemorate the centenary of his death in 1958.

More information can be found in the following sources:

Department of the Environment (1976), List of Buildings of Architectural

Lipscomb, G. (1847), The History and Antiquities of the County of

of the Counties of England, Dawsons of Pall Mall, London (reprinted from