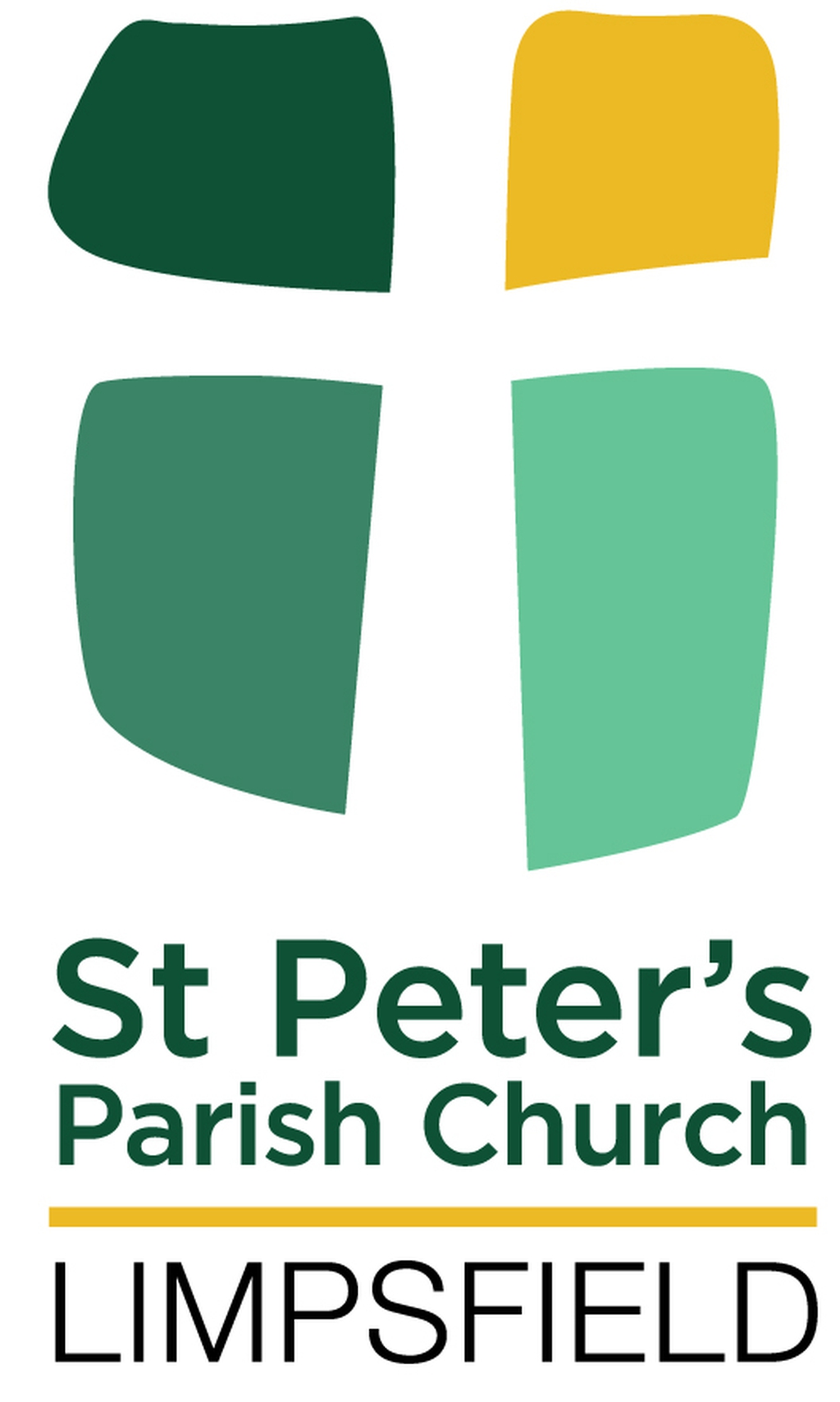 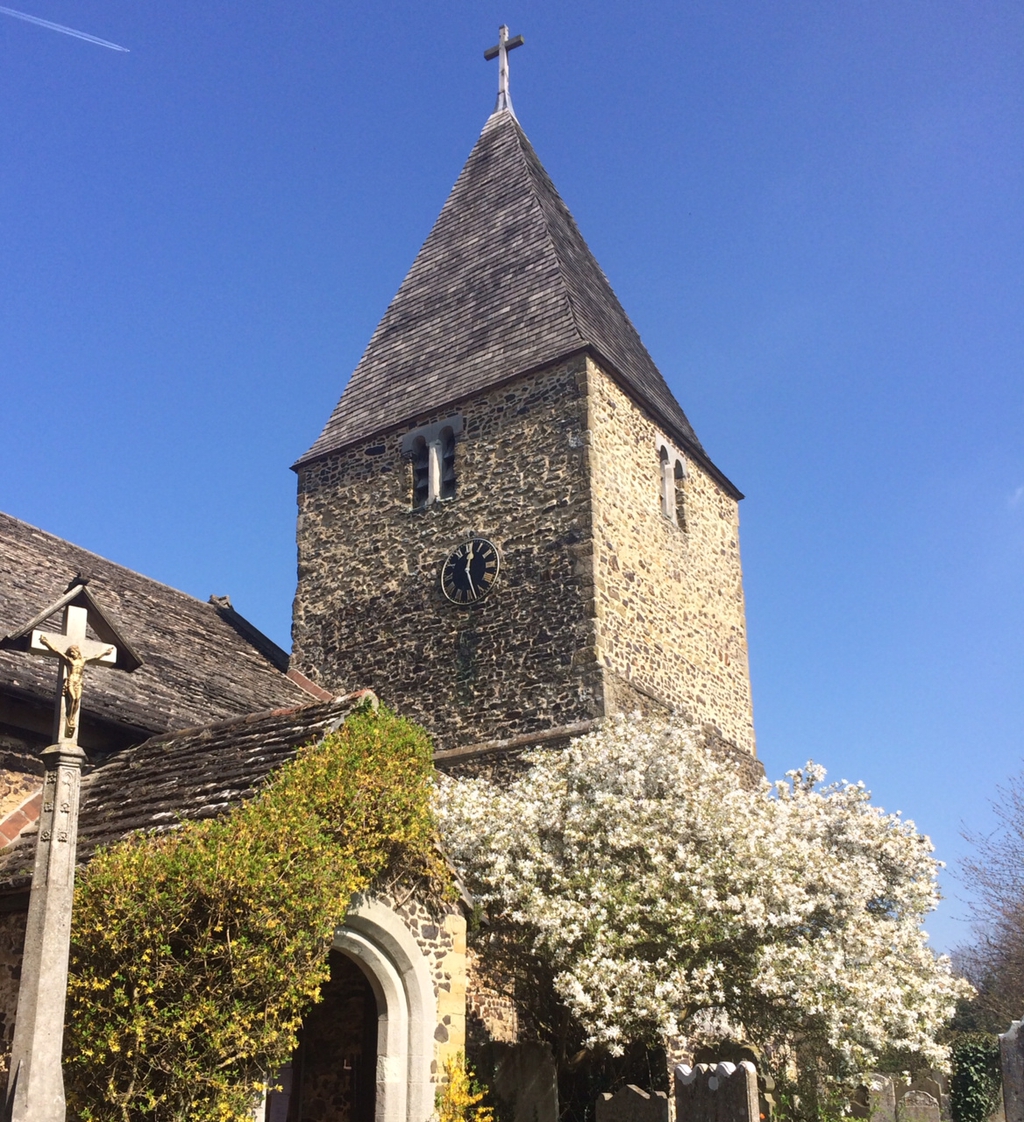 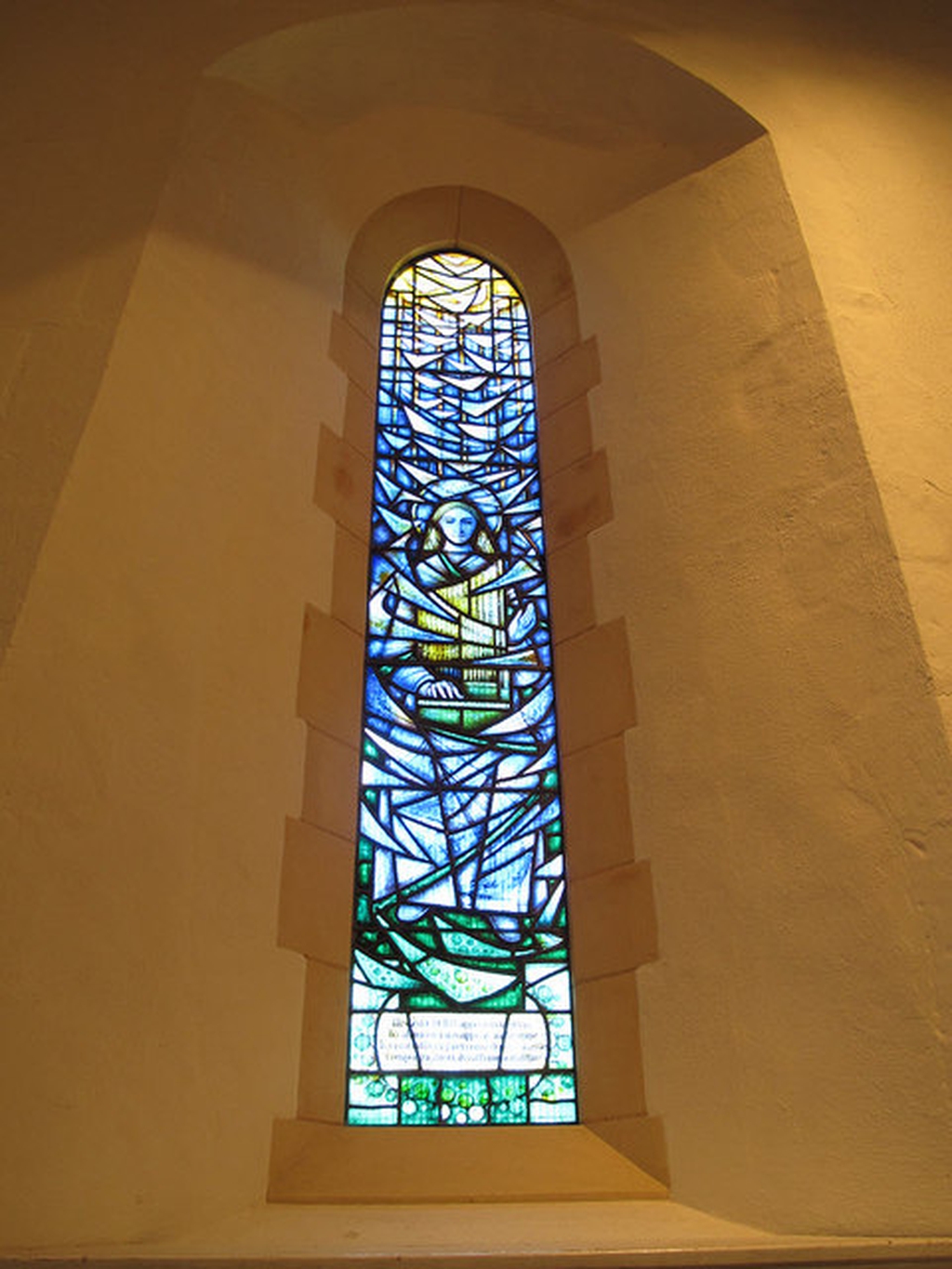 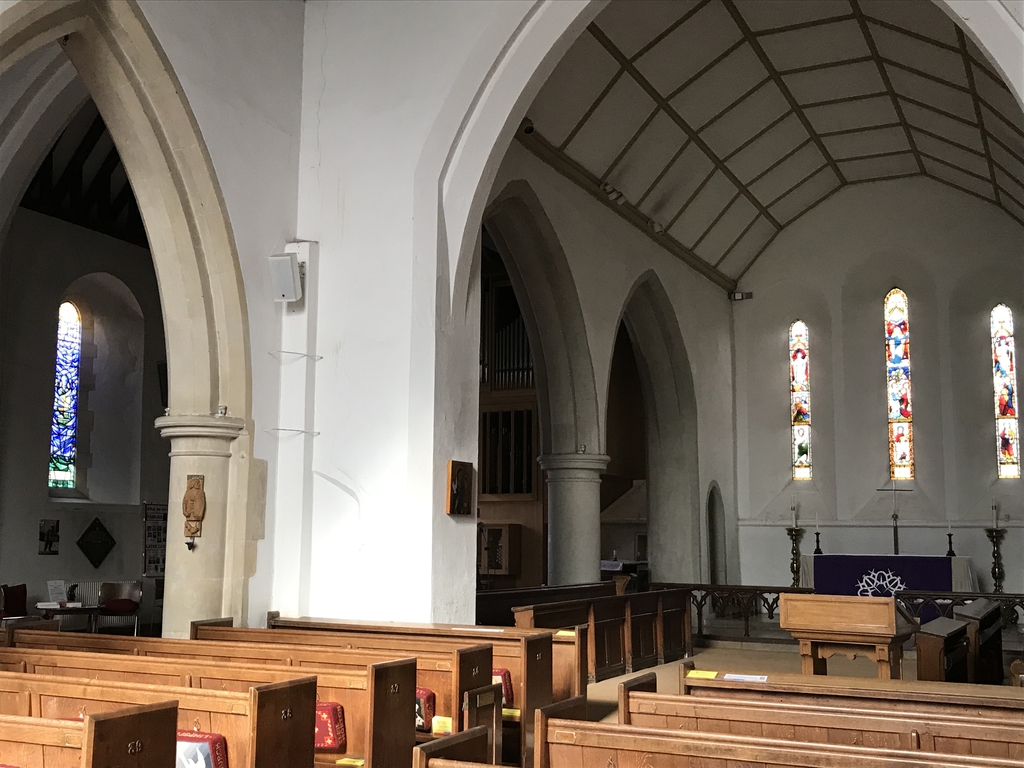 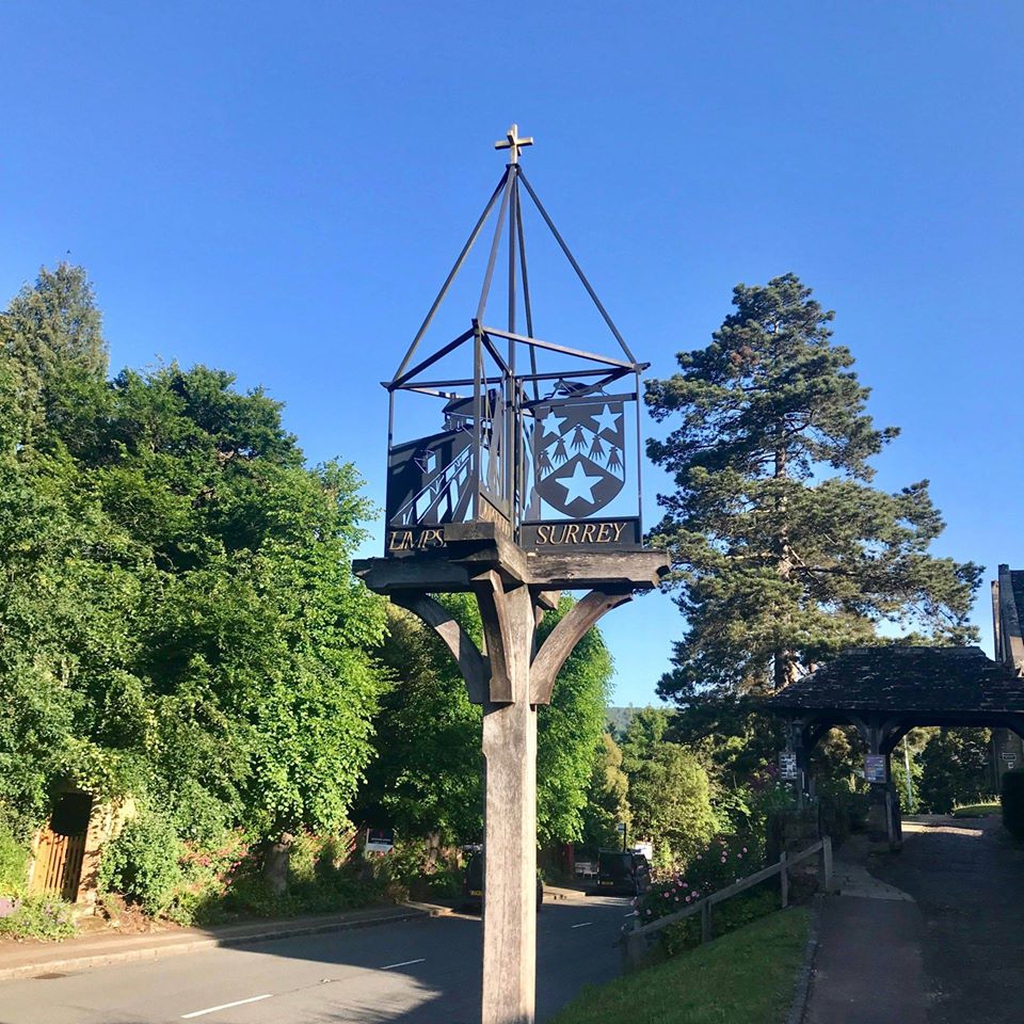 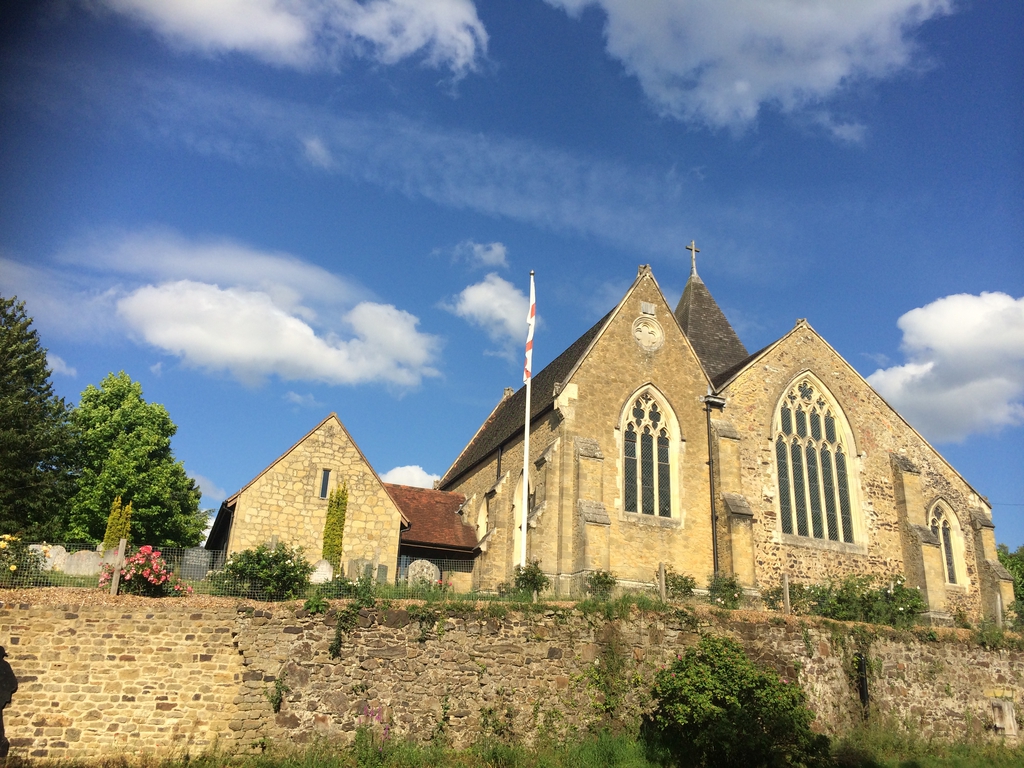 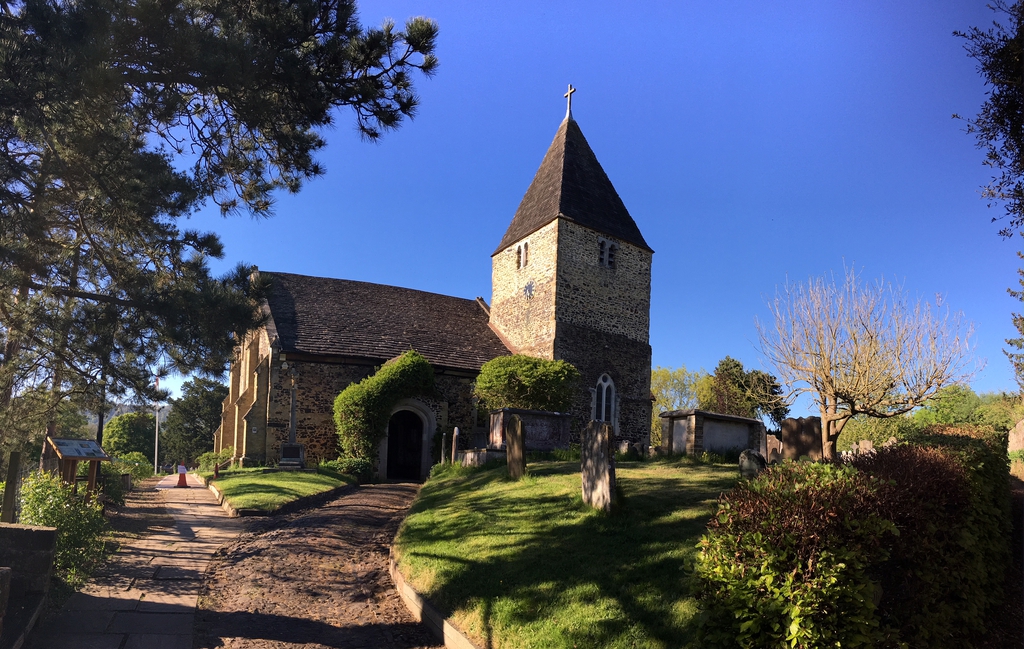 St Peter's Church, Limpsfield
Services and events
News and notices
About us
About the church
Find us
High Street Limpsfield Oxted
Get in touch
(01883) 712512
Facilities
More information
Social
Edit this Church

The church is sited within a large graveyard on high ground adjacent to the south side of Limpsfield High Street.

It comprises a nave, chancel, chapel, north and south aisles, a tower sited adjacent to the chancel, and a south porch. There is a mezzanine level within the tower base which functions as a choir vestry and store.

The principal approach is by a broad footpath leading up from the public highway which is paved with ironstone laid on edge.

The building is dominated by the tower (c.1180) which is massive and sited, unusually, adjacent to the south side of the chancel. Fragments of the twelfth century nave remain but these are substantially buried and pierced by later work. The chancel and chapel ('the Gresham Chapel') and south aisle were built during the 13th century. The south porch was added during the 16th century. The north aisle was added during the latter half of the 19th century when the present windows were inserted into the chancel, chapel and nave and the present buttresses were added or rebuilt.

The churchyard is the resting place of a number of famous musicians, including Frederick Delius, Sir Thomas Beecham, Dr Eileen Joyce and Beatrice Harrison.
×