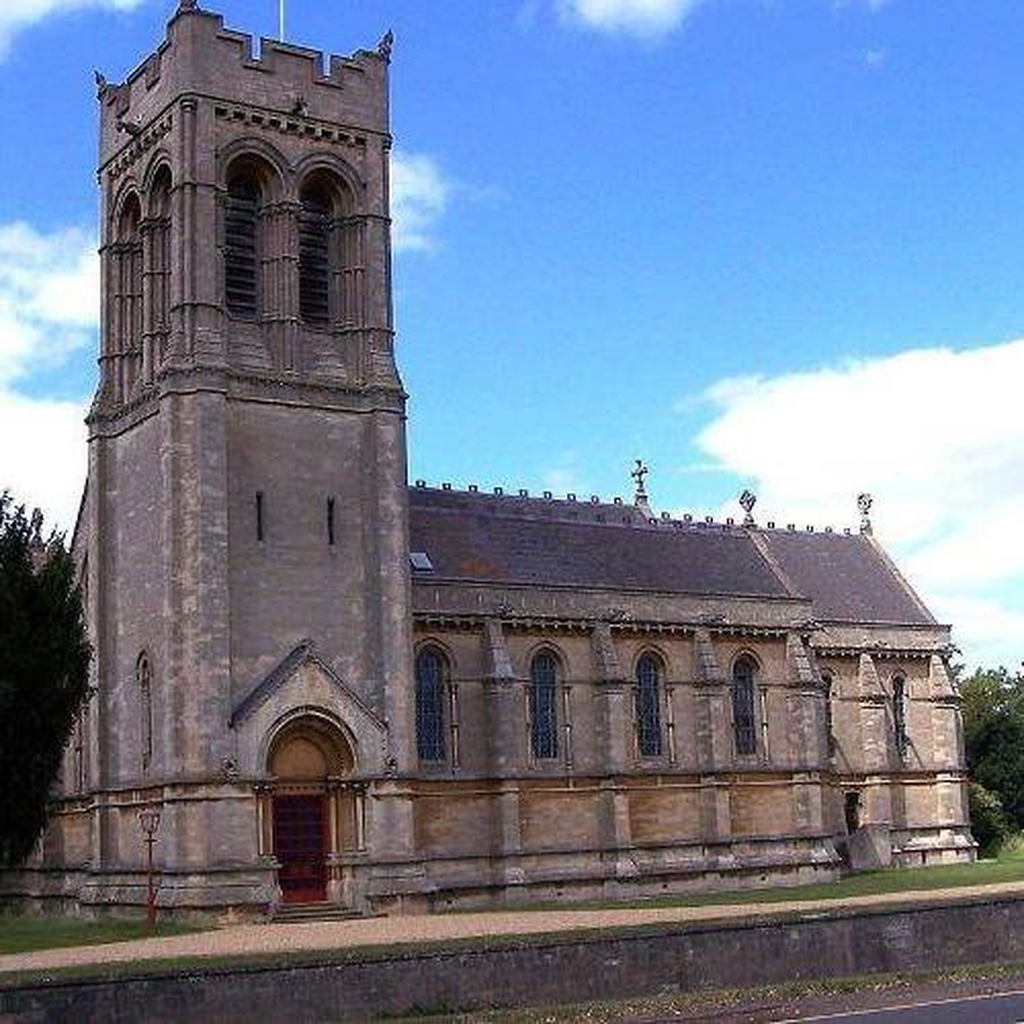 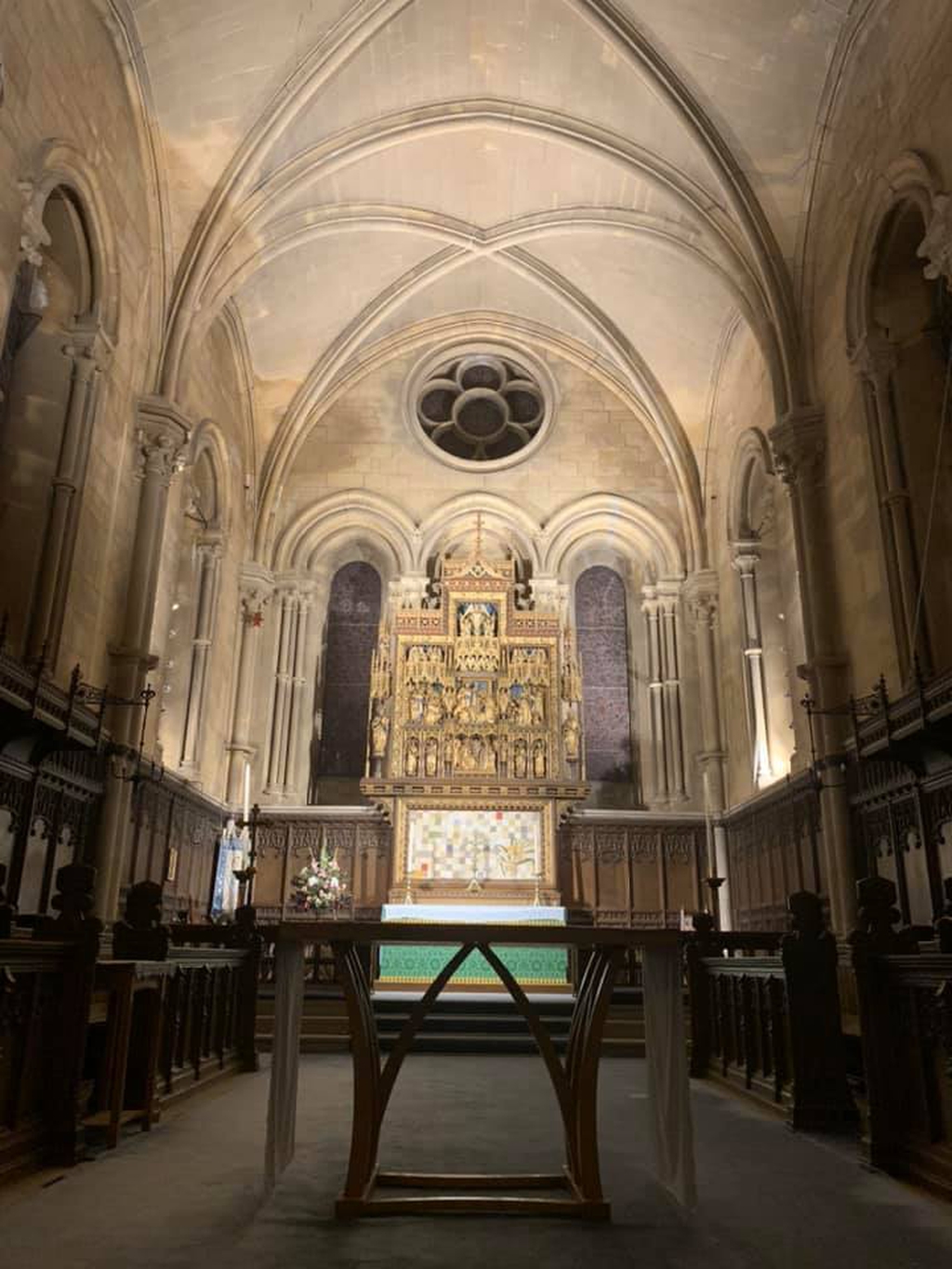 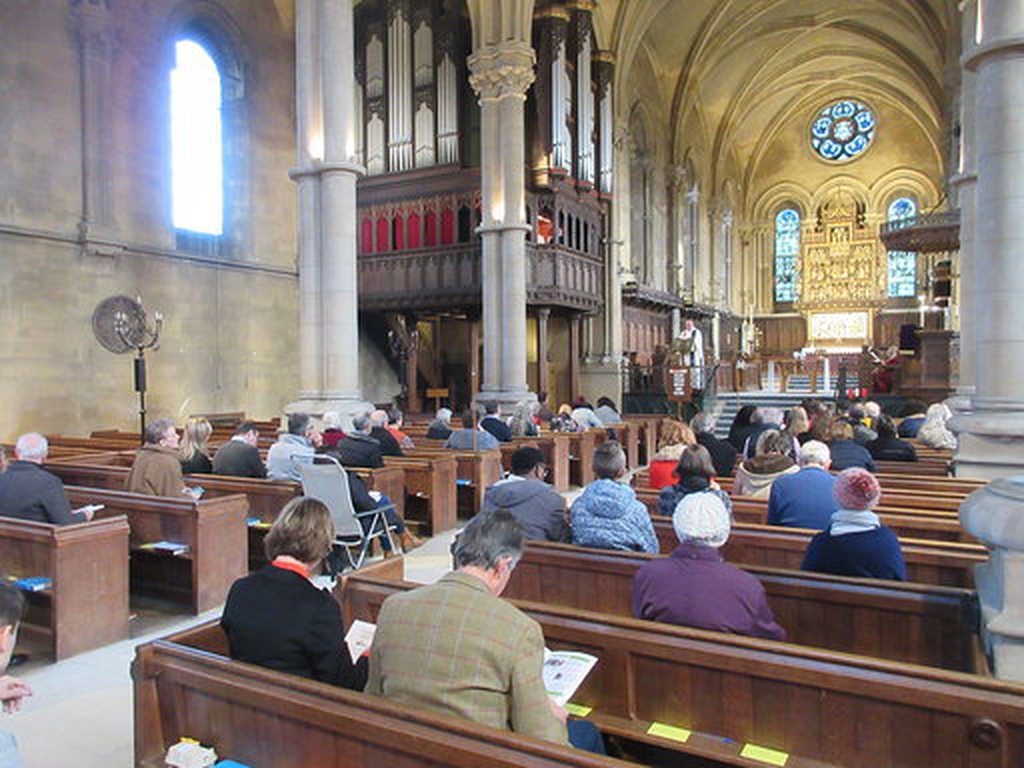 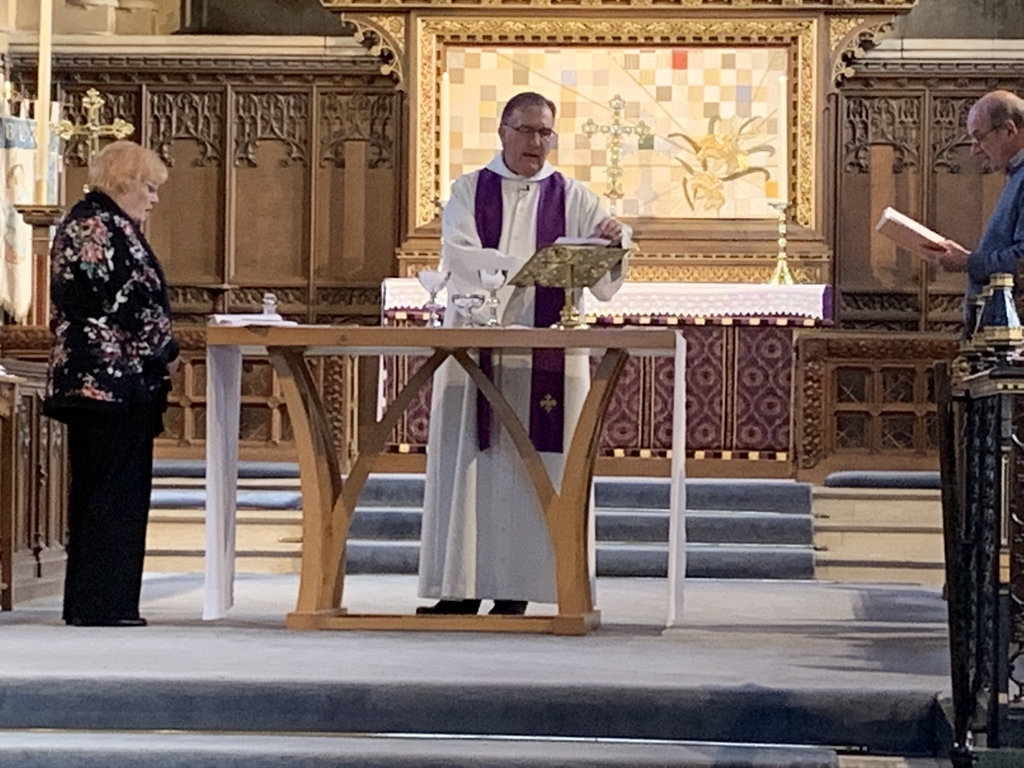 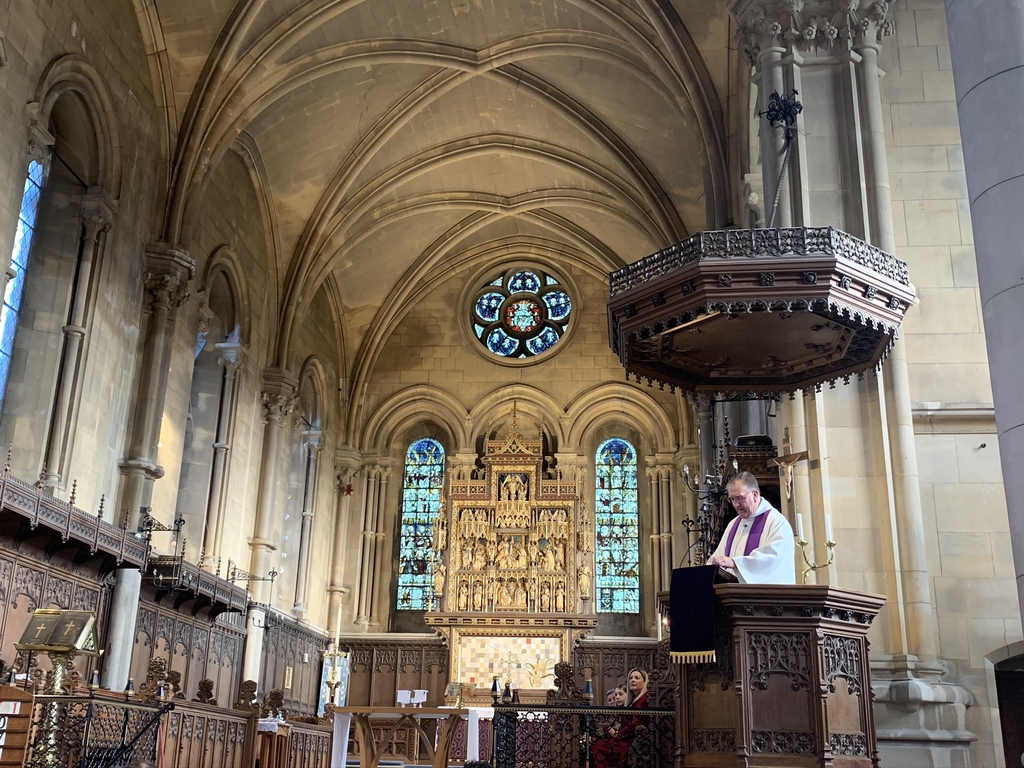 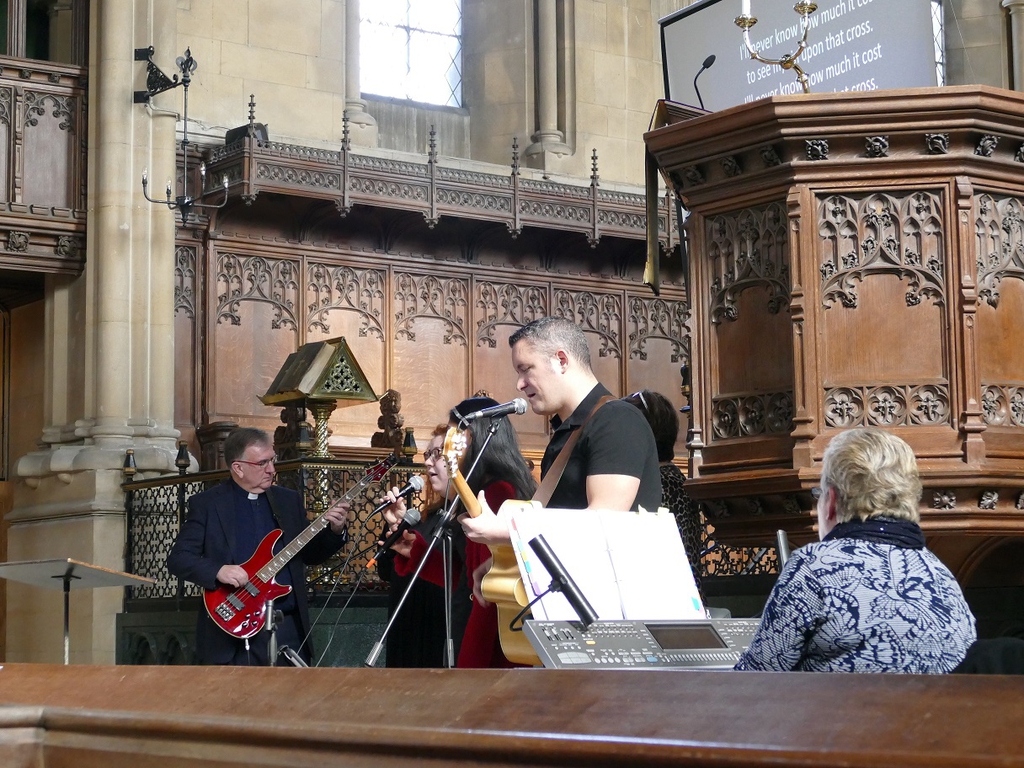 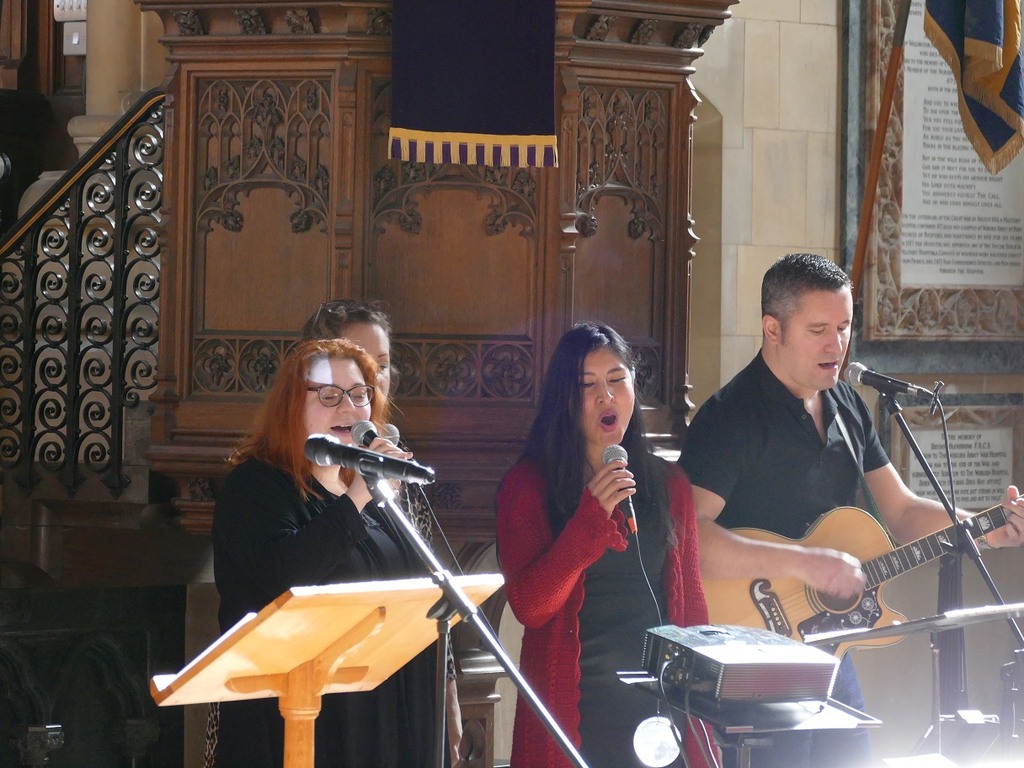 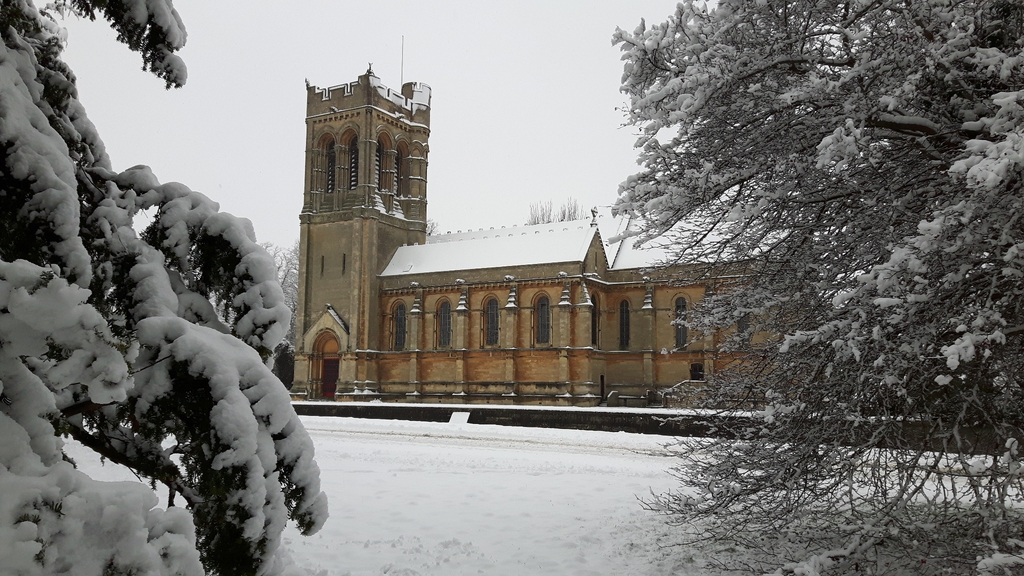 St Mary's Parish Church, Woburn
Services and events
News and notices
About us
ABOUT | Our Rector
ABOUT | Leadership
ABOUT | Faith
ABOUT | Vision
ABOUT | Mission
ABOUT | Benefice
ABOUT | Giving
ABOUT | History
ABOUT | Bells
ABOUT | Organ
YOUTH | Creche
YOUTH | Sunday School
YOUTH | Noahs Ark
YOUTH | Explorers
YOUTH | Followers
YOUTH | Next Generation
WEDDINGS | Information
Find us
Woburn Milton Keynes
Get in touch
01525 290225
Facilities
More information
Social
Edit this church

St Mary's was built by a Duke and has suitably noble proportions. It was designed and constructed between 1865 and 1868 for William, 8th Duke of Bedford, by the architect Henry Clutton. Clutton had just finished another church for his patron at Tavistock, on the Russell estate there. It was an equally grand conception in the Romanesque style. Clutton was a student of French medieval architecture. He won a competition to design a Cathedral at Lille but it was not constructed. Woburn was his compensation, a model of a French Gothic cathedral.

St Mary's was originally built with a tall spire, which must have been a notable Bedfordshire landmark, and a crypt for the interment of members of the ducal family. The Russell's have continued to rest at their family vault at Chenies in Buckinghamshire, however, and the spire had to be dismantled for safety reasons in 1890. This accounts for the rather squat and ungainly external appearance of St Mary's today: a somewhat gaunt building relieved only by the carved grotesques and gargoyles on the tower roof and waterspouts.

Church Interior The interior however shows all the marks of a French cathedral in its lofty lines, slender pillars and single vaulted roof. It was enhanced by a delicate rose window at the eastern end; created-by Kempe in 1894 and presented by Adeline, Duchess of Bedford in memory of her husband Francis, the 10th Duke. In 1903 the great gilded wooden reredos was installed, designed by W.D. Caroe and manufactured at Oberammergau. It depicts the Annunciation and the Holy Family and makes a dramatic conclusion to the long sweep of the church and the flight of steps to the chancel and High Altar.

The altar hanging or dorsal which you see today is a more recent introduction. It is a panel of woven and embroidered silk made by Jill Thompson and others and presented in 2003 in memory of Hugh Paddick, the film and television actor. The lily is the symbol of St Mary and light radiates across the panel, the church and the world.

At the eastern end of the south aisle there is the striking stained glass window. It depicts St Francis of Assisi, standing among the birds and flowers of the Woburn Abbey estate. It commemorates the life of Mary, Duchess of Bedford from 1865 to 1937, a lady as the inscription says "whose work was in the hospitals, whose delight was in the birds". Mary built and ran a cottage hospital at Maryland, in Woburn, where wounded soldiers were treated in the First World War.

Resourceful and intrepid, she was among the early aviatrixes and was lost when her aircraft went missing on a flight over East Anglia. The only reminders of Woburn Abbey in the church are the roundels along the nave walls which commemorate, by their coats of arms, the benefactors of the abbey and its last abbot before the dissolution of the monasteries. The Lady Chapel in the north-eastern corner of the church is living evidence however of the loyalty which this church still commands. The painting of the Virgin and Child is by Carlo Maratti, a 17th century Italian painter: presented by one of the Dukes of Bedford, it originally hung in the old Woburn church. A plaque on the wall will tell you that most of the elegant carpentry in this area of the church was the work of Kenneth Spavins, a Churchwarden for many years, who carried out this project to mark the centenary of the church's foundation in 1968. Clearly, St Mary's Church is rooted in the Woburn Abbey Estate which continues to maintain and restore its exterior. It is however, also part of the local community. Every Sunday its fine peal of bells rings out over the village as a reminder of its presence and the eternal gospel it continues to preach. There is an equally fine three-manual organ made by Norman and Beard in 1904 and a sustained tradition of choral music in the parish and larger neighbourhood. St Mary's is popular for weddings and other family occasions. The crypt has been redesigned as a well-equipped function room.

The older church which you will see in the village is what remains of the medieval church of Woburn. While modern St Mary's was under construction, much of it was demolished, but not the elegant tower which had been restored by Blore in 1830. Today it houses the Woburn Heritage Centre, a museum of local life and history which is well worth a visit.