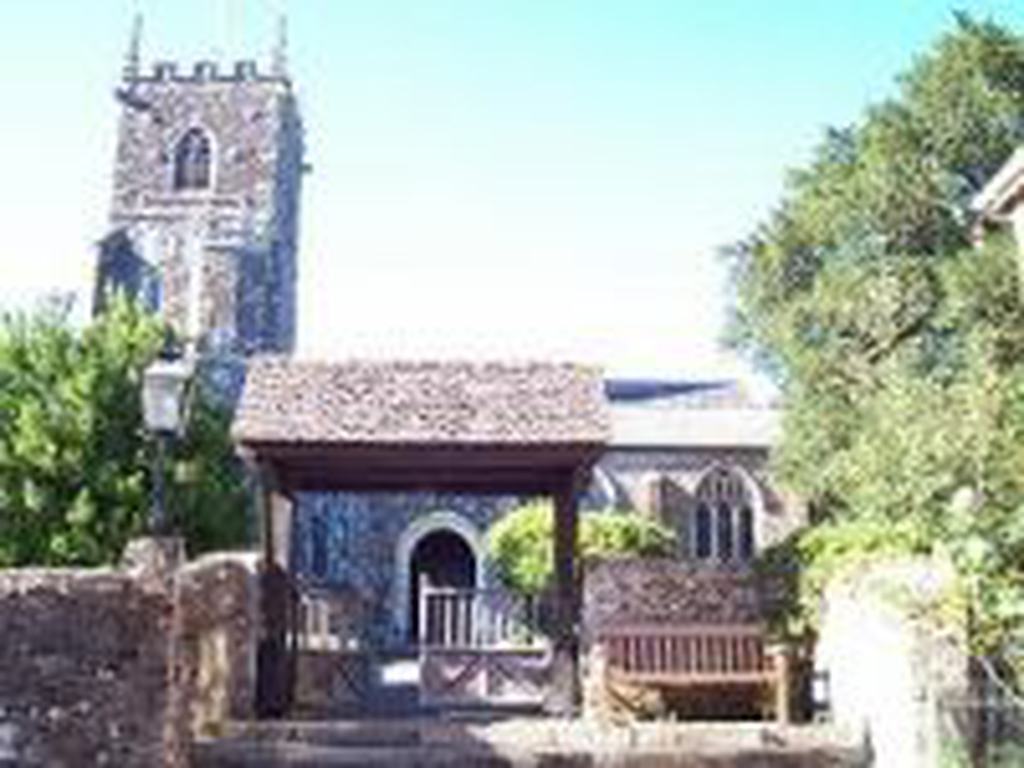 Much of present Church of St John the Baptist dates from 14th and 15th centuries.  It has developed from a much earlier structure possibly Saxon or Norman, parts of which can still be seen today.  The first rector was appointed in1261.  It was included in Simon Jenkins’ book “1000 Best Churches”, published in 1999, and in "Devon's Fifty Best Churches" by Dr Todd Gray in 2011.

The Church visitors’ book includes many comments about the beauty, tranquillity, peace and atmosphere of the church building, whether visiting for worship or more casually. Amongst the characteristics of the church are:

• A listed beautiful medieval building with tower and unusual Tudor style windows to the north.
• Carved medieval rood screen complete with original paintings on the panels.
• Many of the wooden pews have medieval carved ends. There is seating for about 100 without additional chairs.
• There is an organ which was installed in 1979 and is used regularly in worship, supplemented by the use of pre recorded CDs.
• The outside of the tower includes a rare statue of the Madonna and Child, which underwent a programme of conservation in 1992 and consequently won the John Betjeman Award from the Society for the Protection of Ancient Buildings.
• There are six bells in the tower which are rung on special occasions.

There is one service on each Sunday. Each month these include two Communion Services and one Morning Prayer, all from Common Worship, and a more informal Family Service with an occasional Family Communion.

The Church is the centre of the community and is often full to overflowing at weddings and funerals. Baptisms are also well attended.

There are informal groups which meet for fellowship at various times; eg a Lent study group.

As from April 2016 Plymtree became part of the Dunkeswell Mission Community.