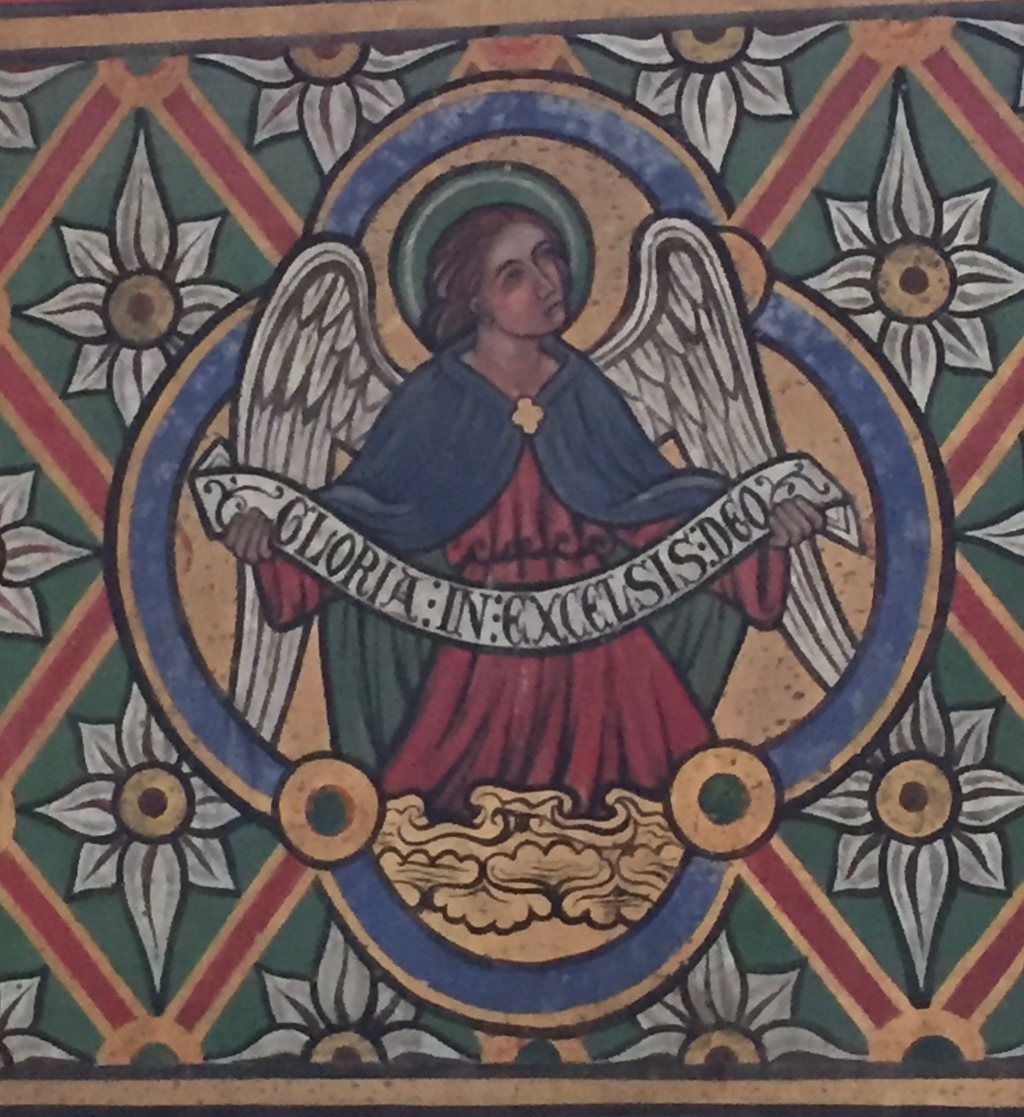 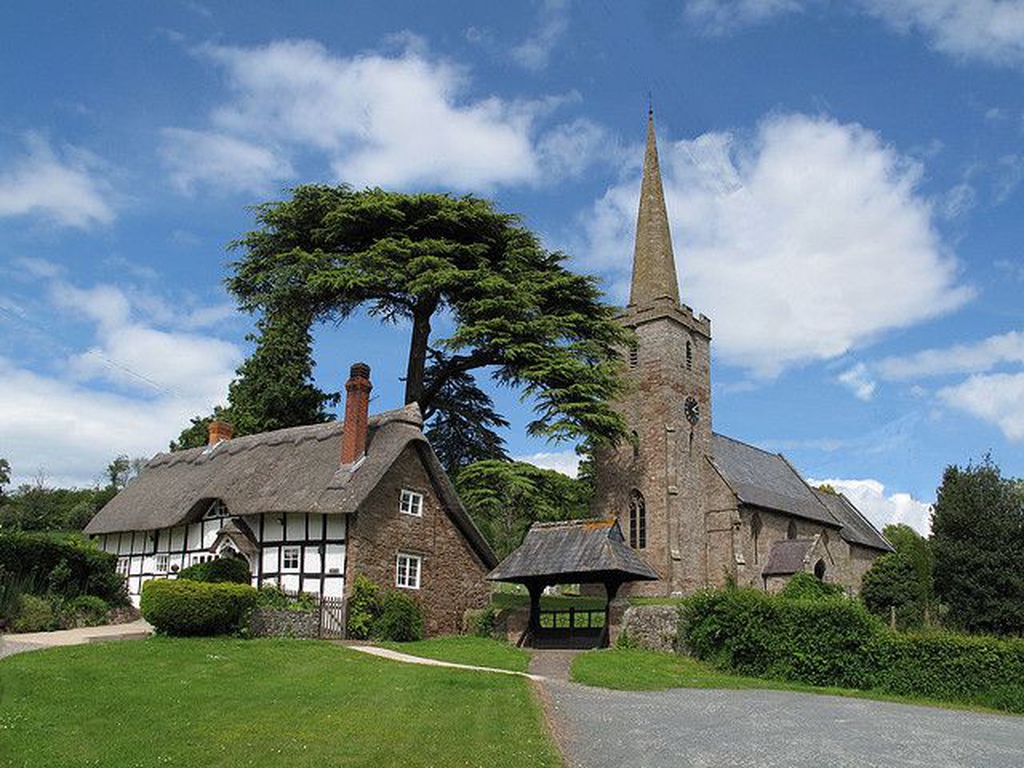 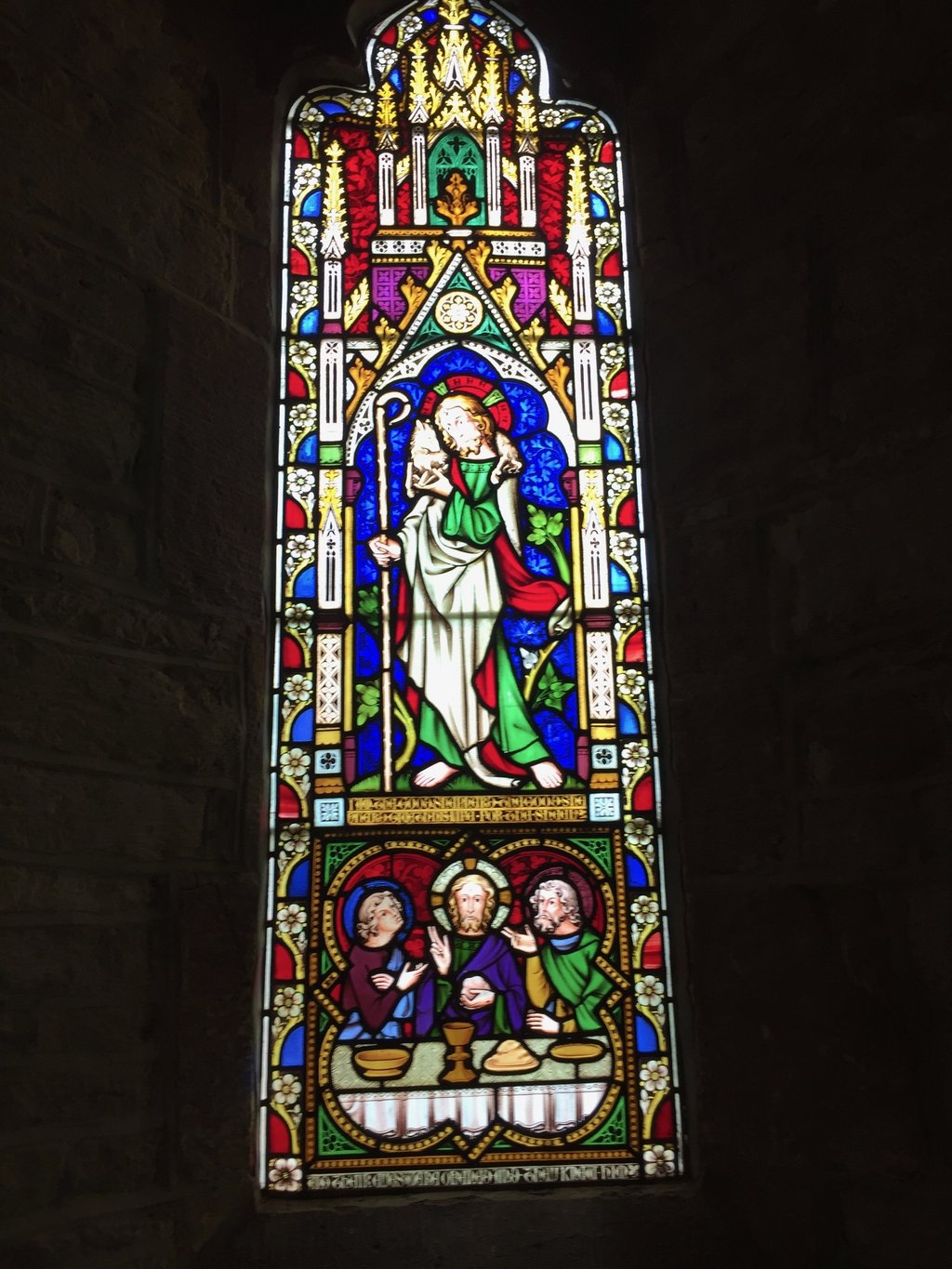 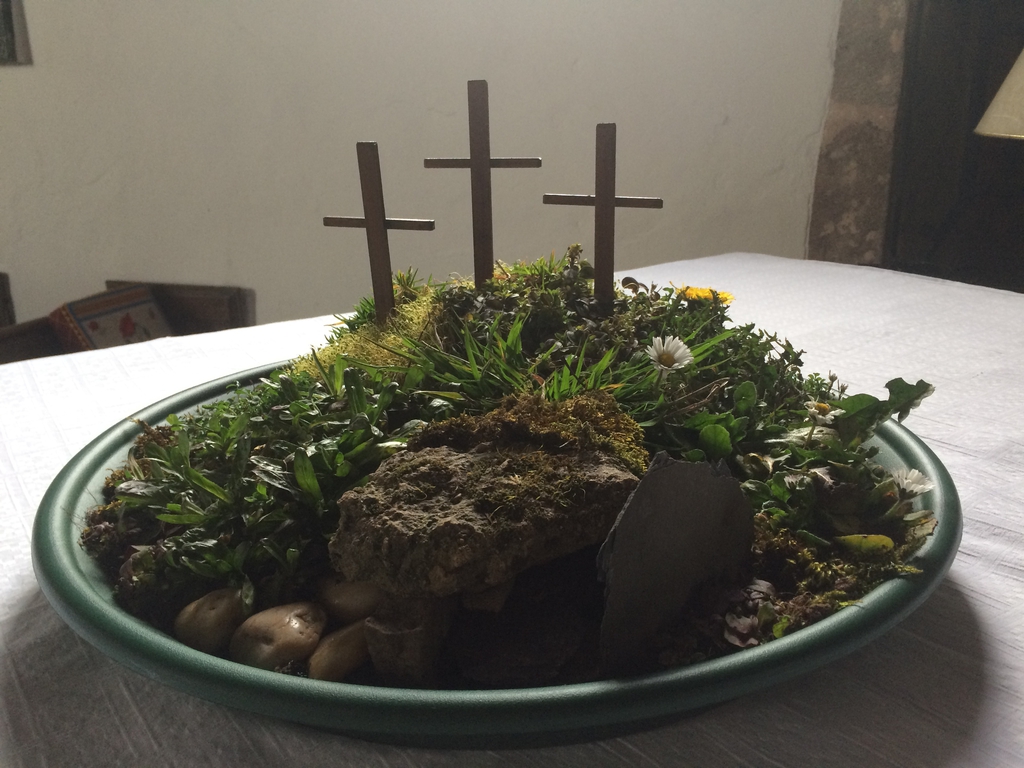 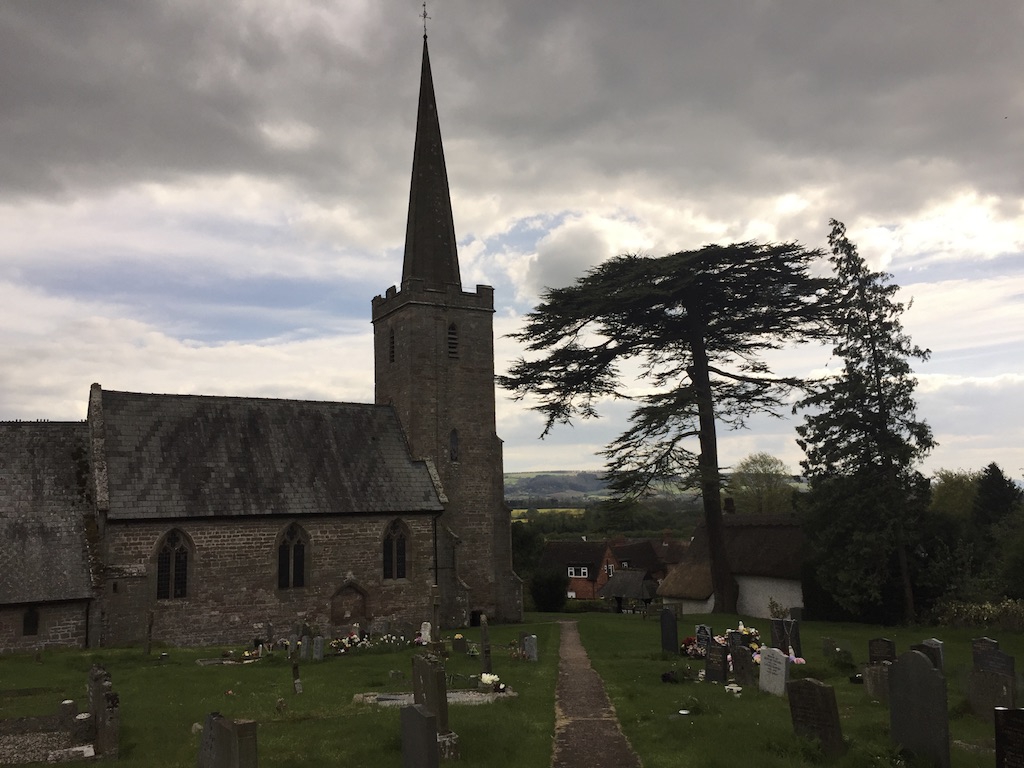 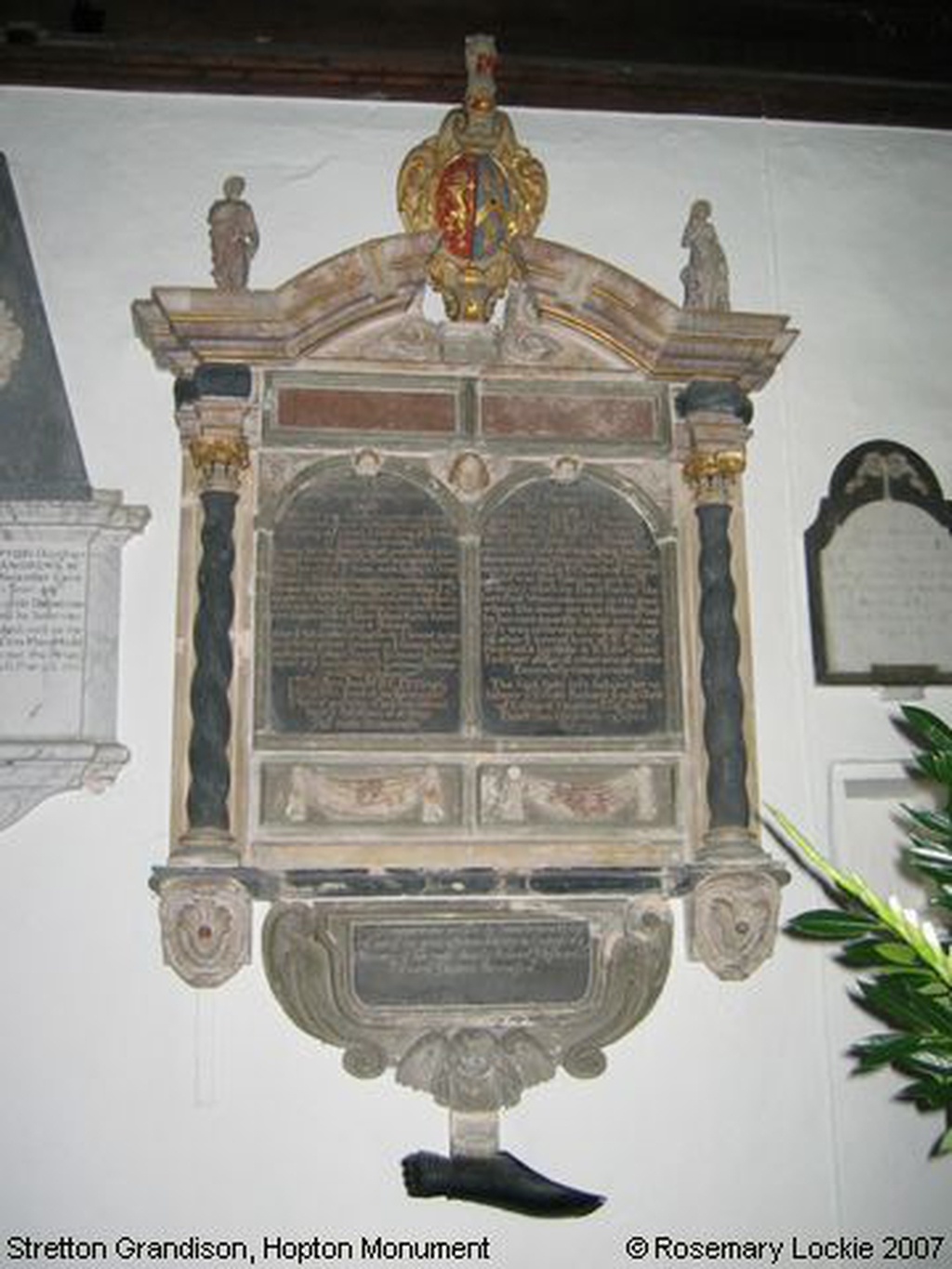 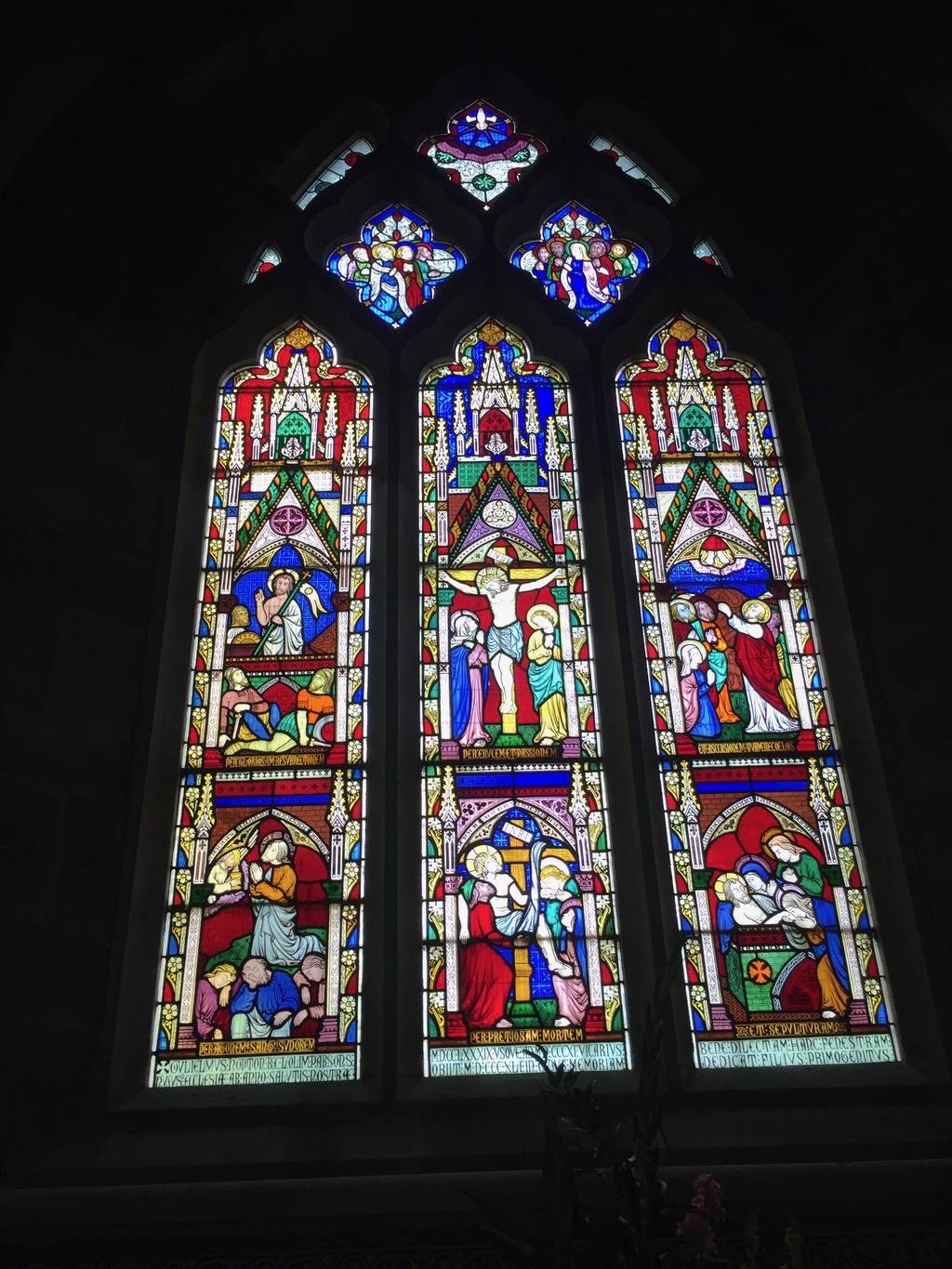 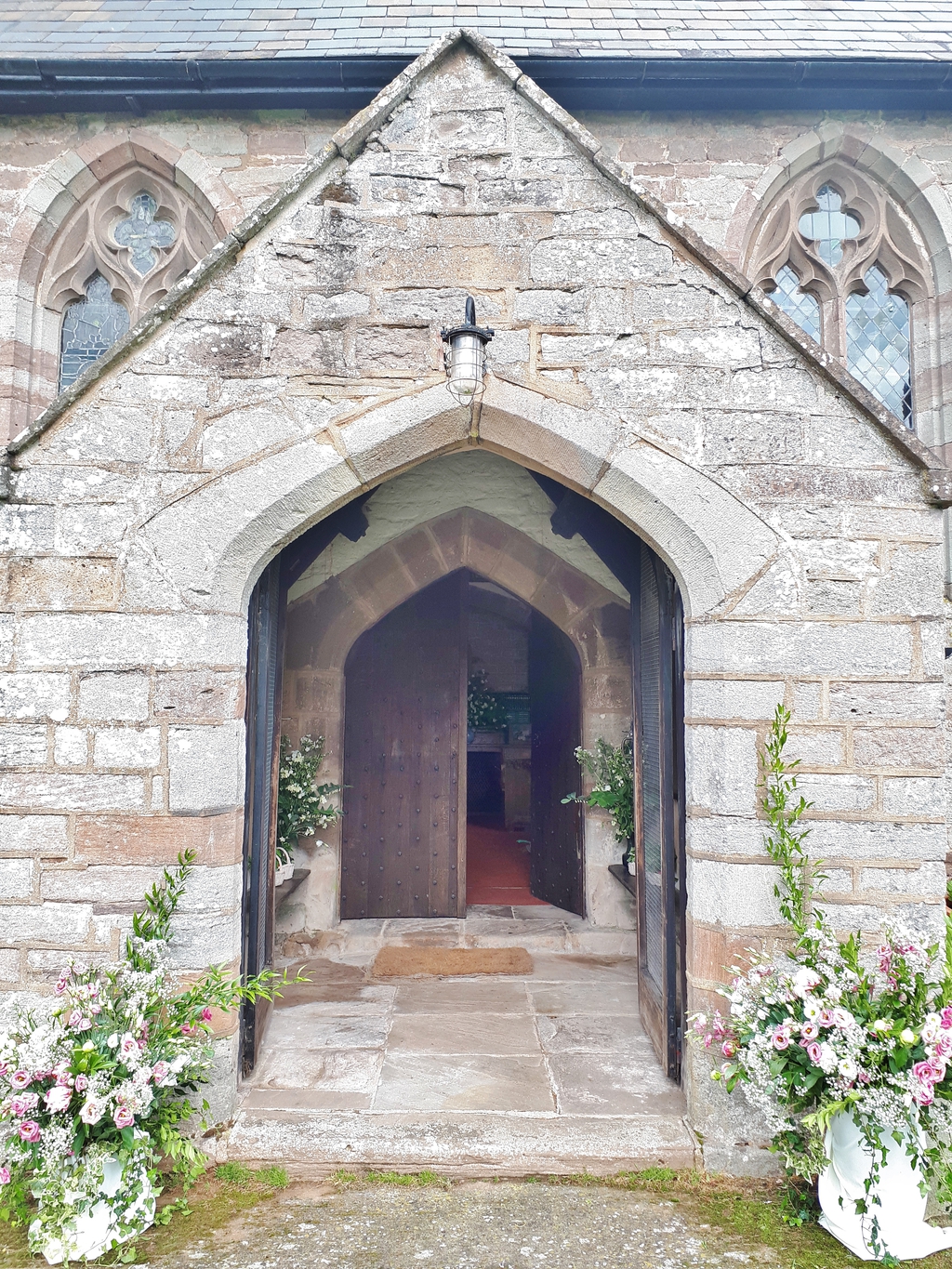 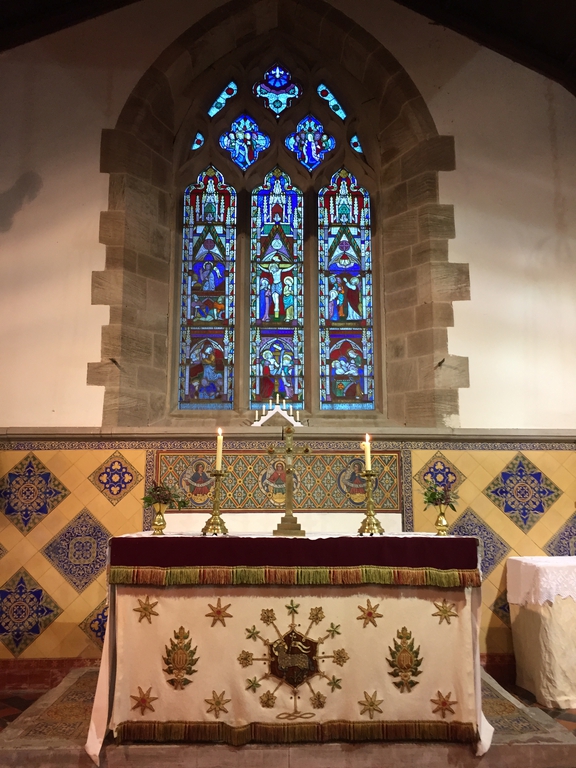 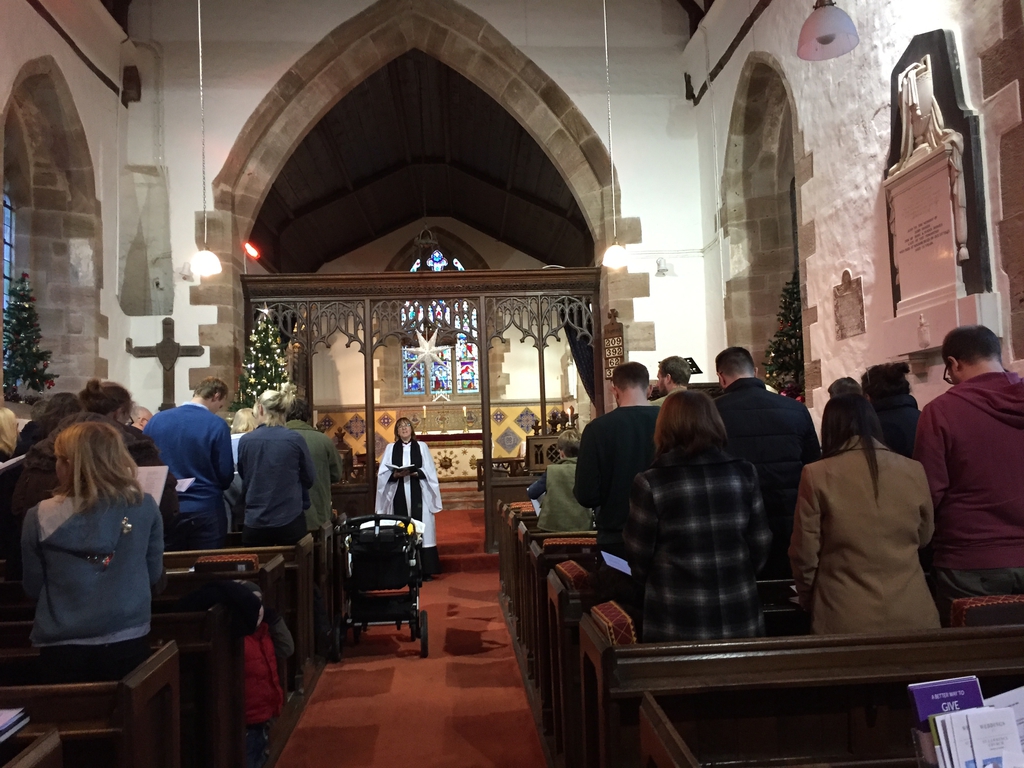 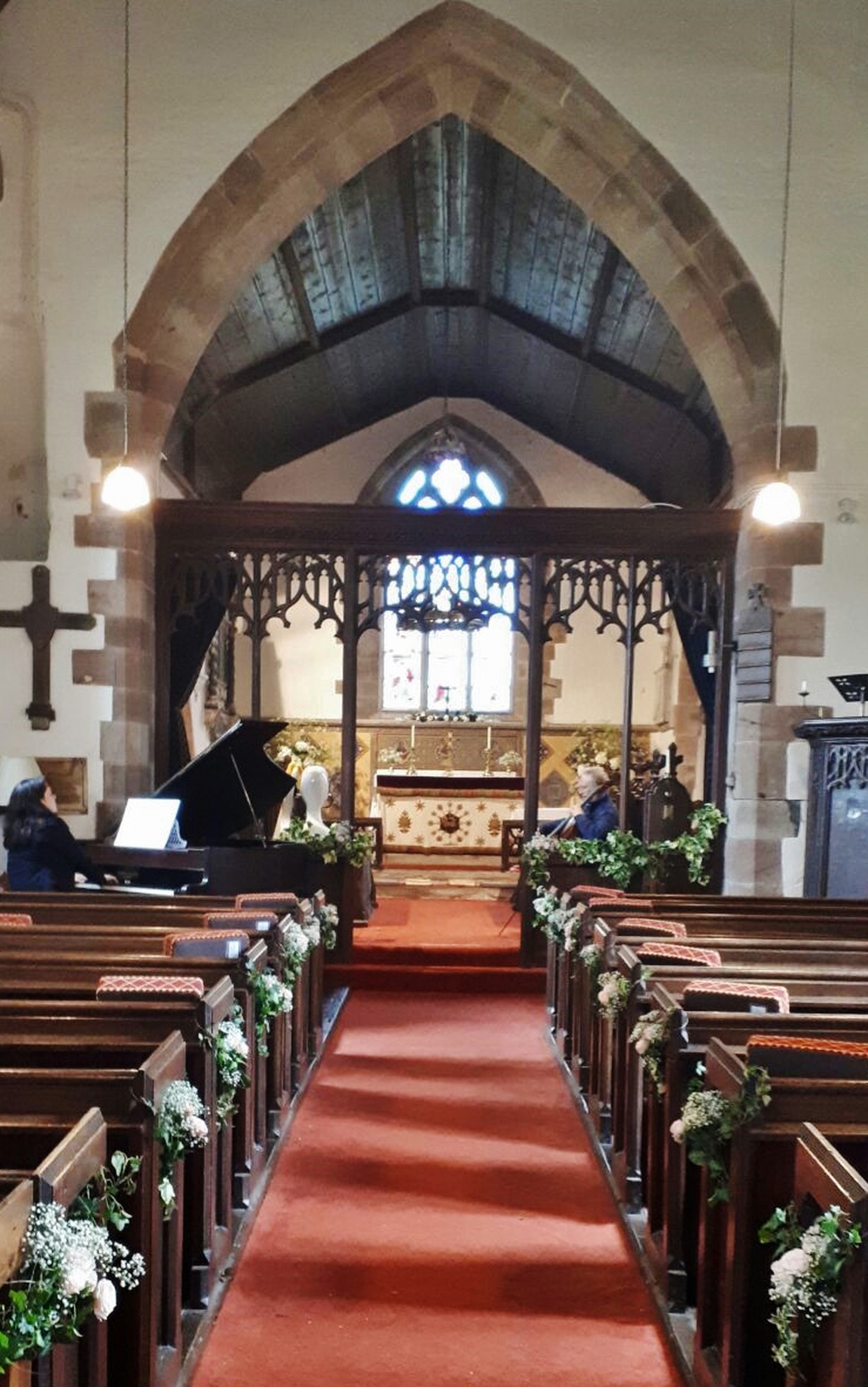 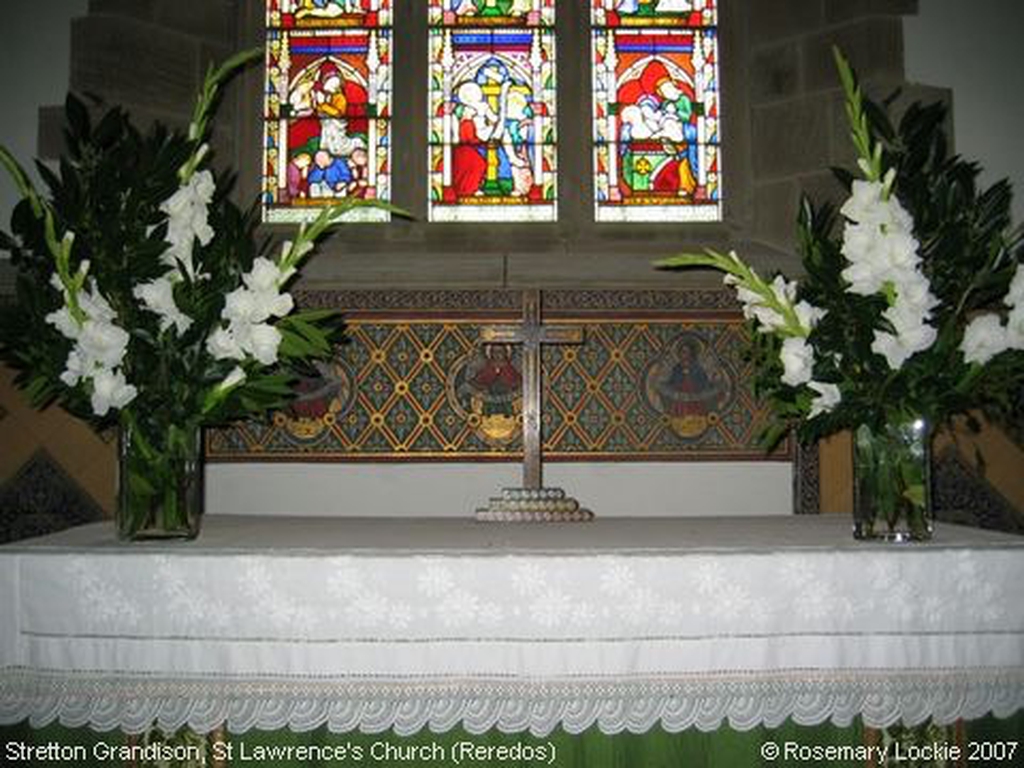 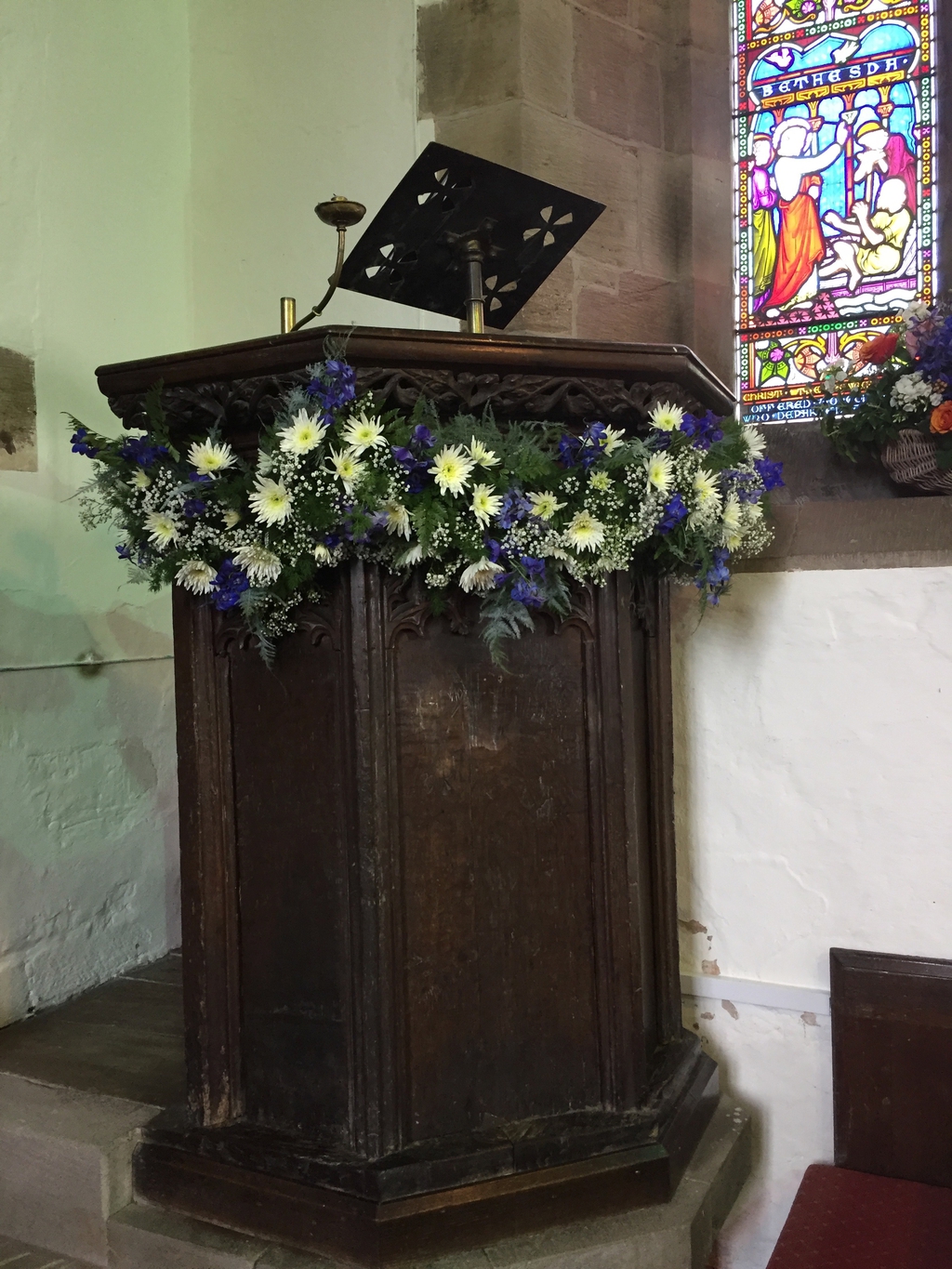 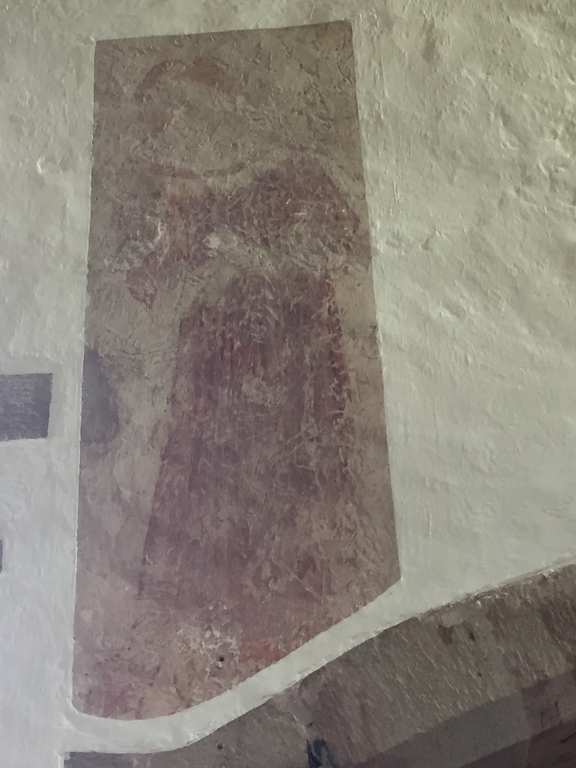 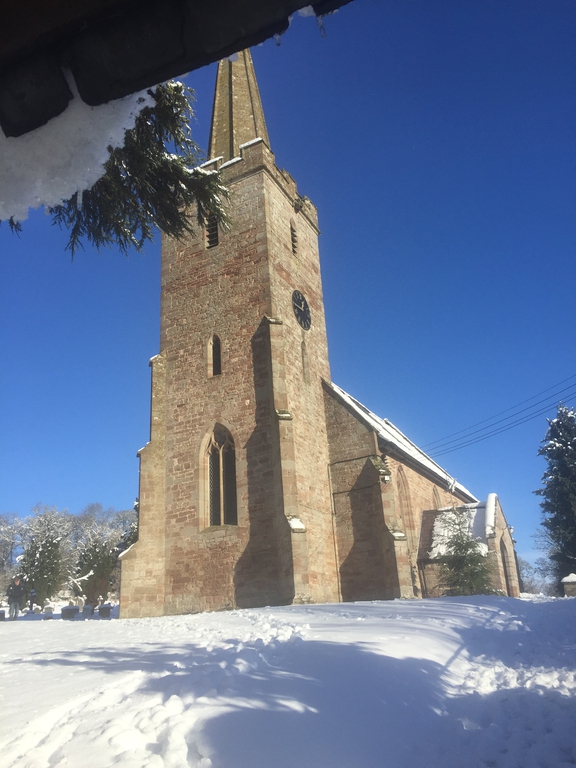 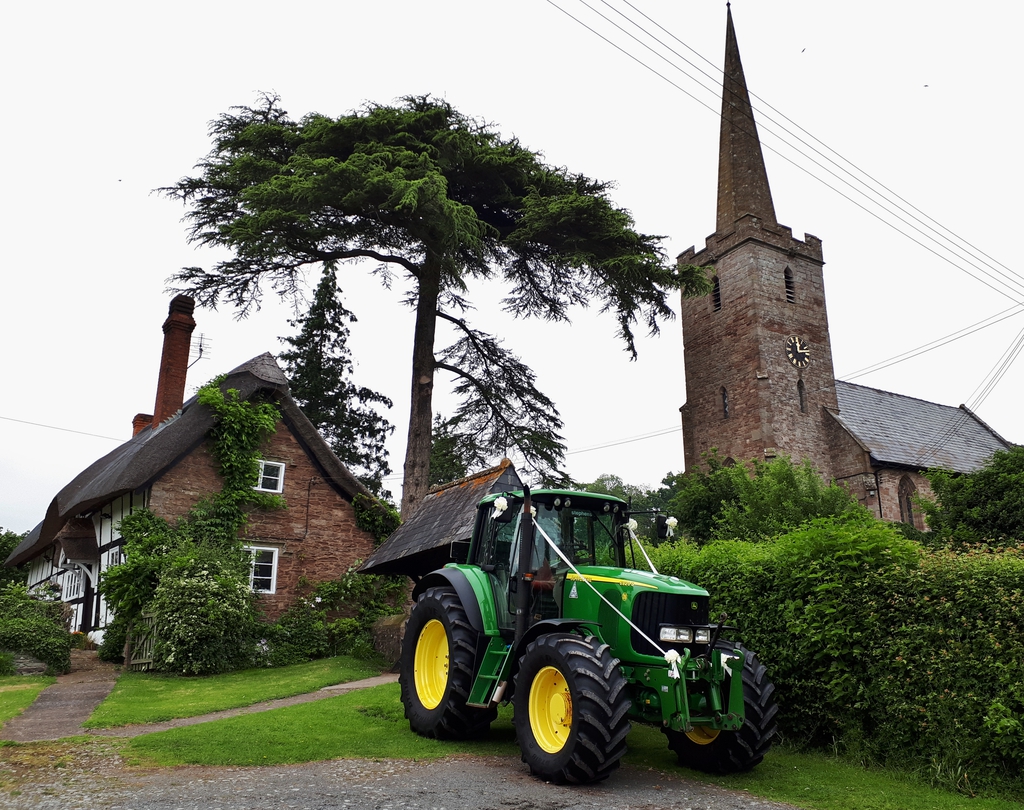 The settlement of Stretton Grandison was probably founded in Roman times.

A church at Stretton is mentioned in the Domesday Book and in 1066 had a chapel at Ashperton attached to it and served a large area including Cannon Frome, Eggleton and Whitwick. Soon after the Norman Conquest the church, then dedicated to St. Peter, became a possession of the priory church at Monmouth.

That church at Stretton, probably built of wood, was reconstructed in stone during the 12th and 13th century. Little of this building is evident apart from some reused blocks of tufa in the tower, which can be seen on the outside of the building.

The present church chancel, nave and tower, all date from the 14th century. The porch was added in the 16th or 17th century.

The font and pulpit are 14th century and are described as Perpendicular. The font is the only hexagonal one in Herefordshire and has one quatrefoil to each face. The ‘devil’s’ door in the north wall has now been filled. It was so called because when a baby was christened and cried, they opened this door to ‘let the devil out’ and the baby stopped crying.

We know that there were four medieval bells, almost identical in size with the four largest now in the tower. Their dimensions are recorded in an inventory dated 25 May 1553.

There is a surviving 14th century wall painting over the south door depicting a female figure with a flower. I have been told that there were 2 other paintings beside her, but they were in very poor condition and apparently the vicar asked for it to be painted over to ‘tidy it up’. Sadly two other recorded paintings have been lost over time; one of St. Christopher from the north wall and one of a cross behind the pulpit.

In the north wall of the chancel is the remains of a 14th century Easter sepulchre which would have been decorated and played a significant part in the Easter celebrations. This was cut through to make an entrance to the newly built vestry in 1910.

The 19th Century bought ‘restoration’ to many churches and Stretton Grandison was no exception.

Frederick Preedy was engaged for the restoration of the chancel which included the roof, east window tracery, tiles and the painted reredos, which until recently had been covered by a wooden reredos erected in 1912.

Preedy was also responsible for the other fittings in the chancel including the stalls which were carved by Rattee & Kett. The great east stained glass window and the window in the south west wall are both by Preedy 1852-3.

The window in the south wall of the nave by Preedy is a memorial to James Poole and depicts Christ Healing the Blind at Bethesda and Christ teaching, they are dated 1865.

There was a rood loft (a gallery on top of the rood screen of a church) evident by the stairs and elevated doorway in the north wall at the junction with the chancel. This was probably removed at the reformation. This is now sealed off with a black metal gate depicting a grid iron, which is a reference to St Lawrence.

The Bell Tower contains a ring of six bells. A tablet on the north wall of the tower tells us that the bells were restored during the coronation year, 1953, by Mrs C Gadesden of Homend in memory of her family.

As with all rural areas, there are less people living here than historically as farming has declined and the estates aren’t run with lots of staff. There are however local families who have been here for generations, who gift their talents to the church.

For example, the piano was donated and the bookcase in the former north door was built and donated.

To the left of the altar are some modern tiles which have provided the inspiration for new tapestry kneelers for the altar and pews as part of the millennium project for the church. They were embroidered by a team of local ladies.

We’re very proud of our church and are always pleased to welcome visitors and share what knowledge we have. I’ve produced leaflets and booklets which are at the back of the church. Please feel free to take one, although we do ask for a small donation to help us maintain our church.

If you are a member of a group who would like to visit our church for tea/coffee and cake and find out more about our history and that of the surrounding area from one of our PCC, then please contact us.