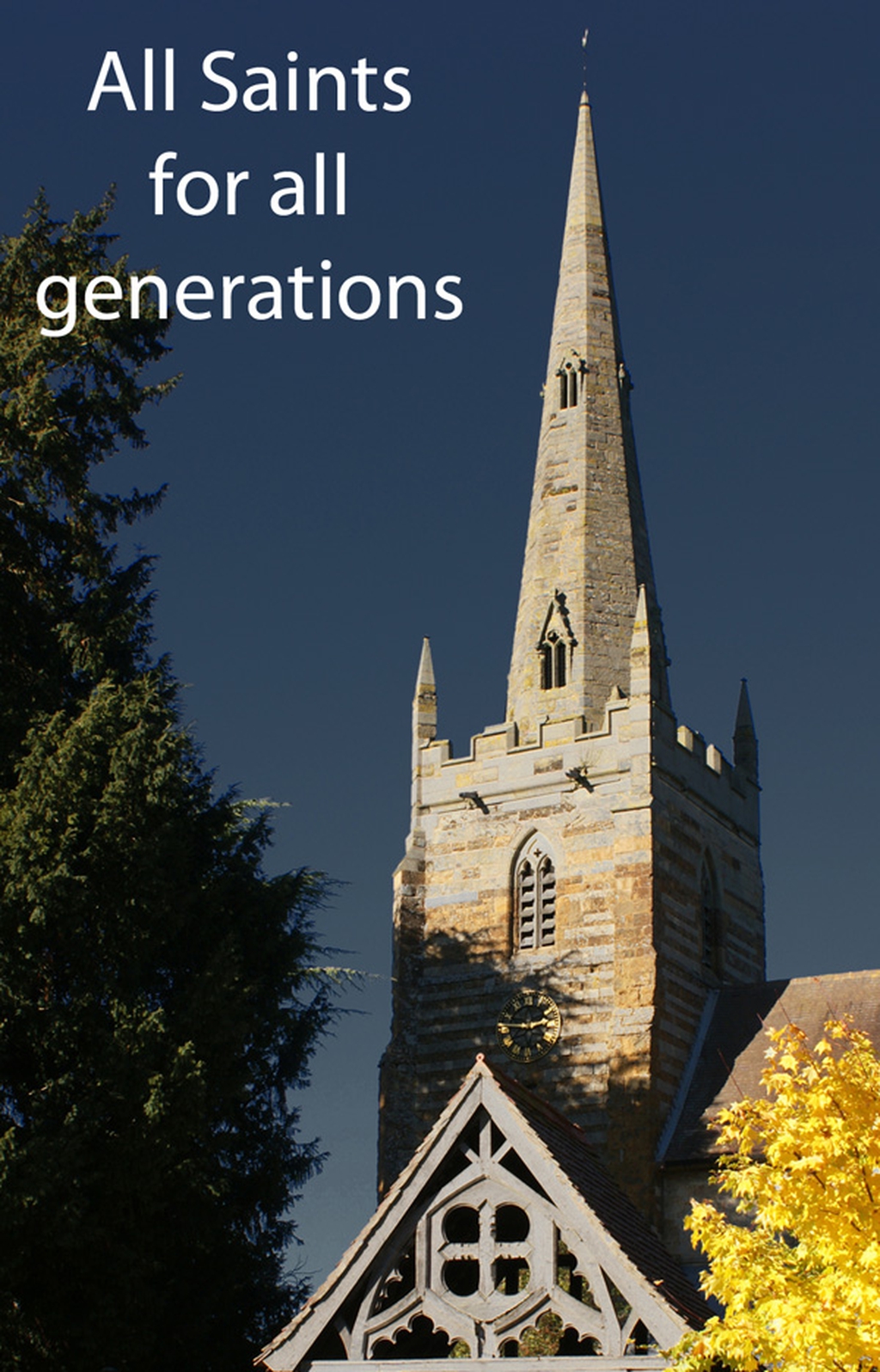 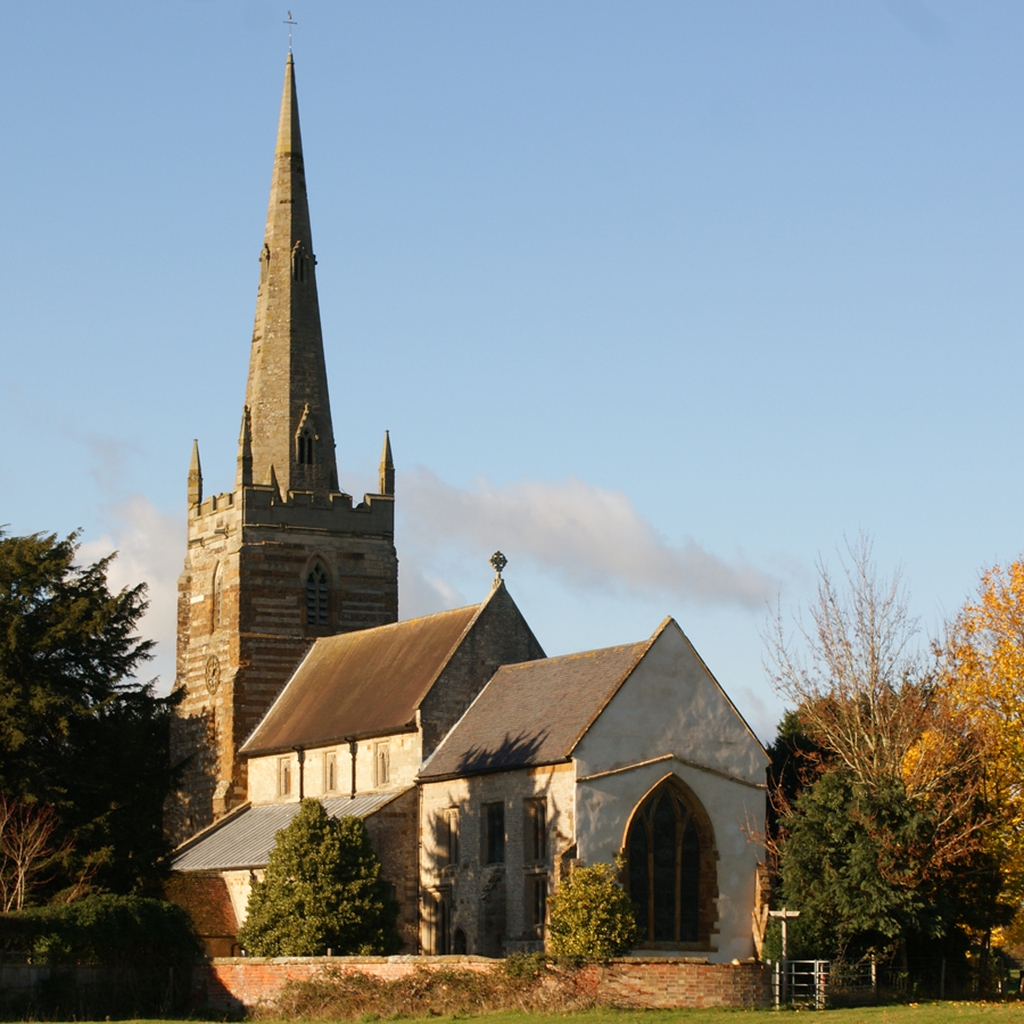 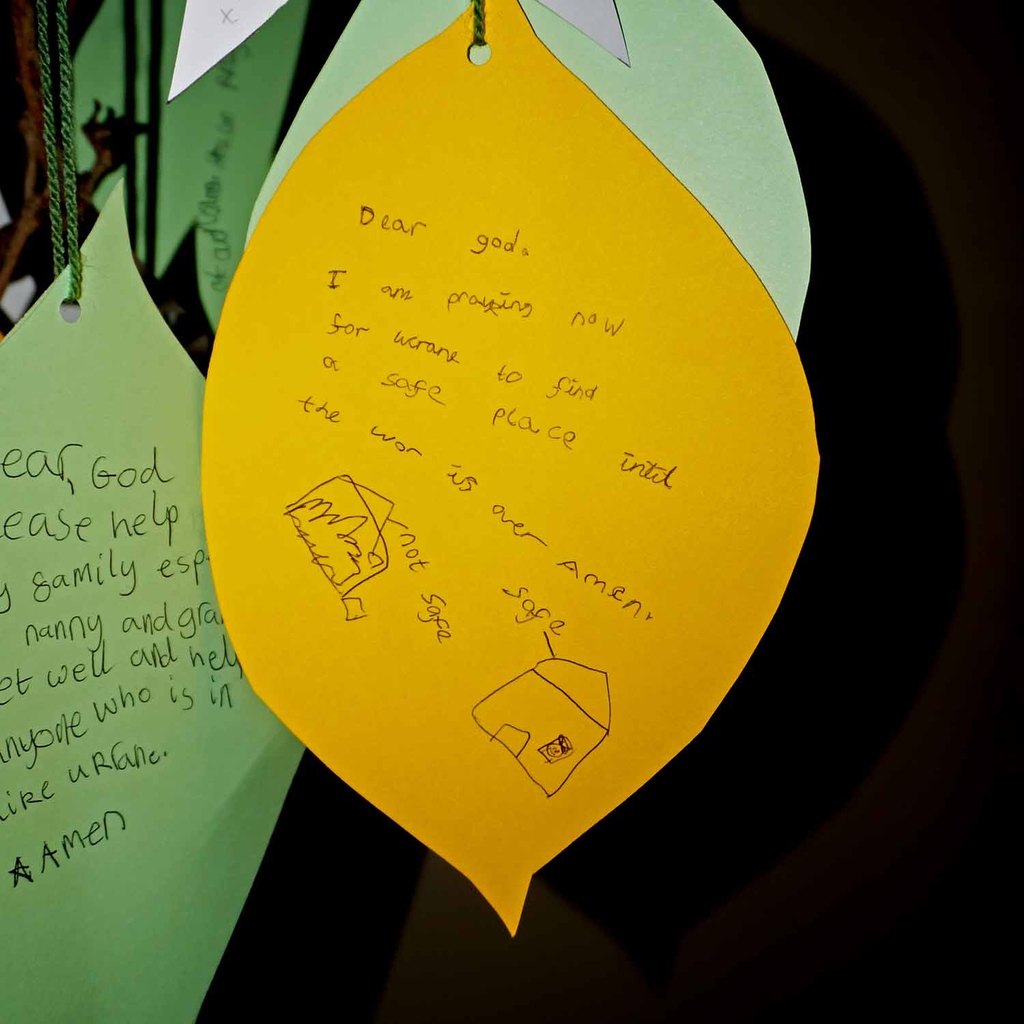 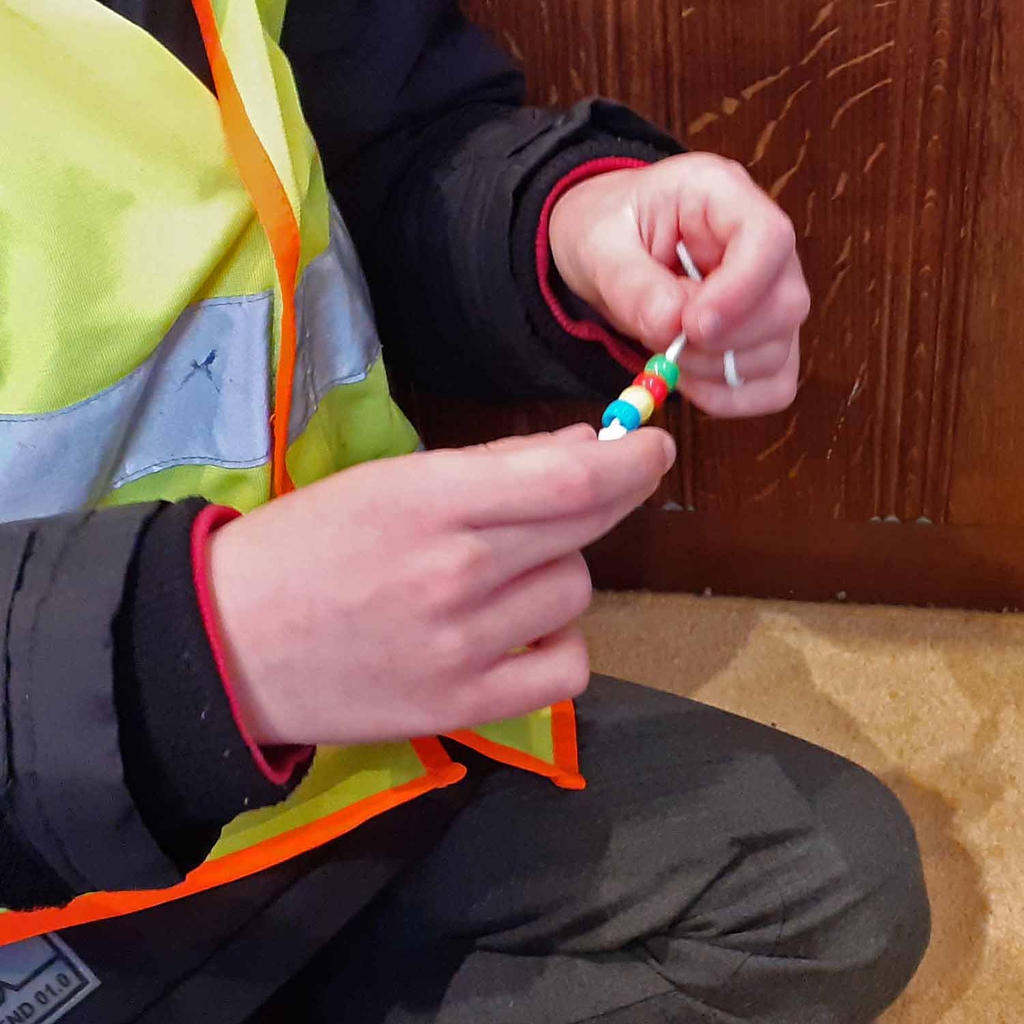 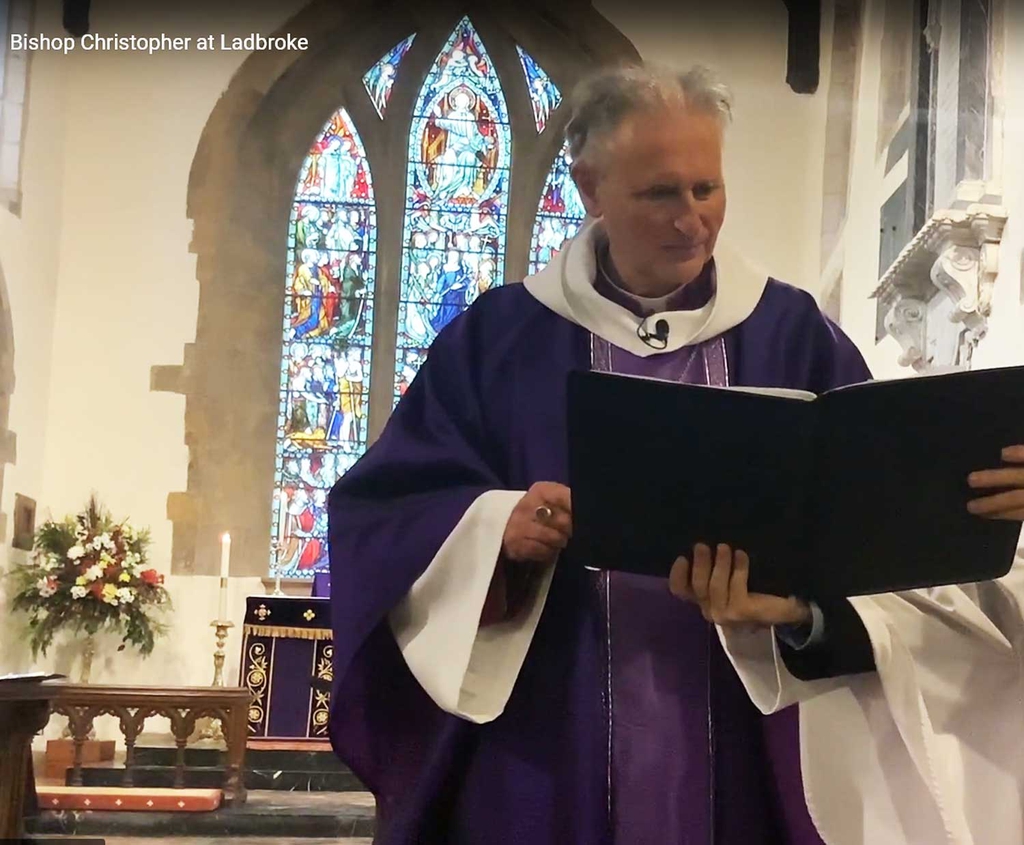 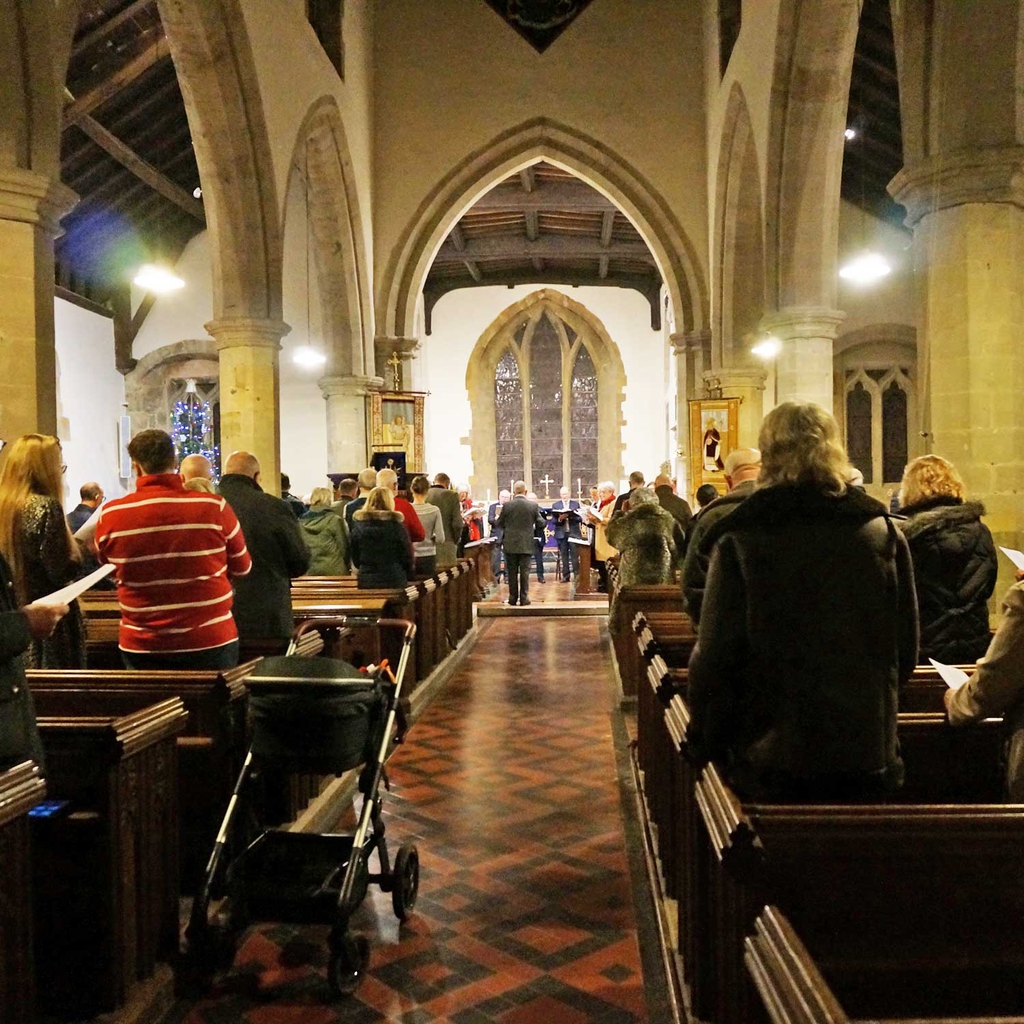 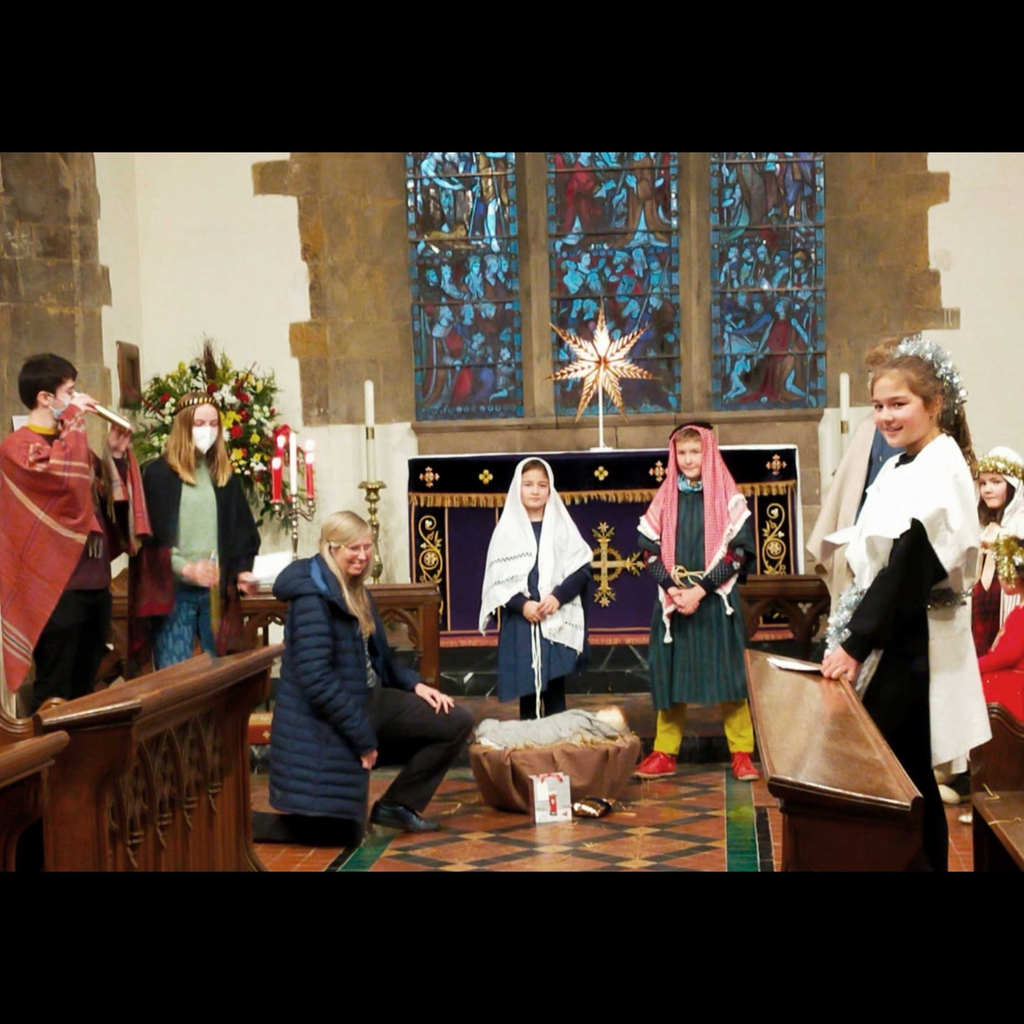 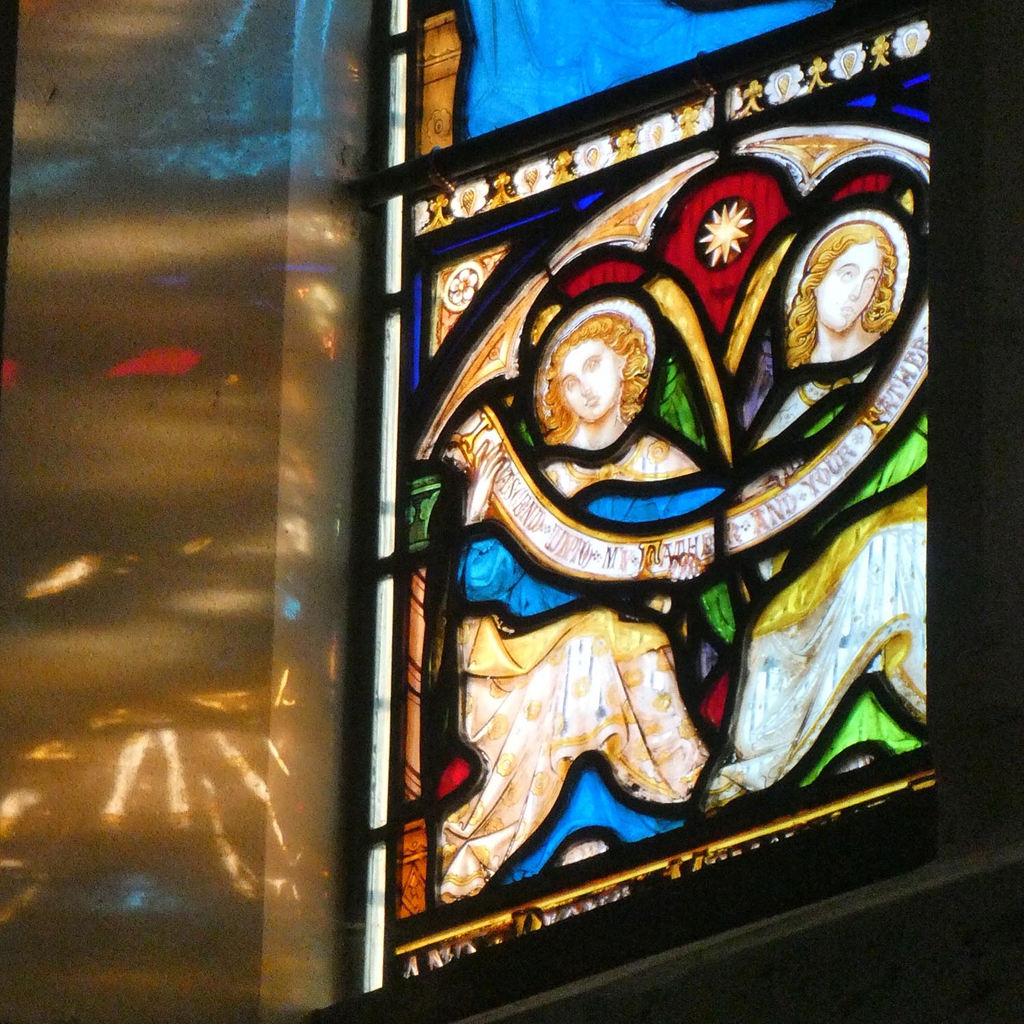 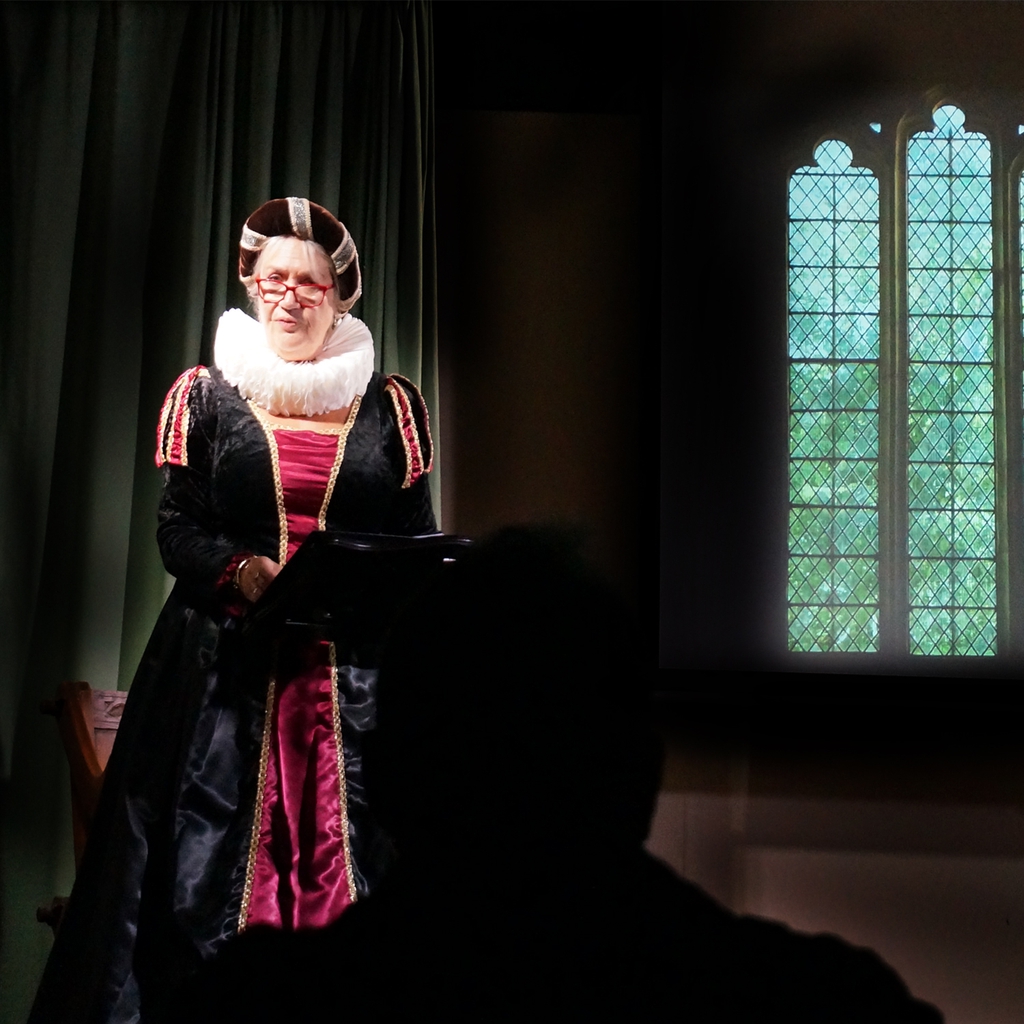 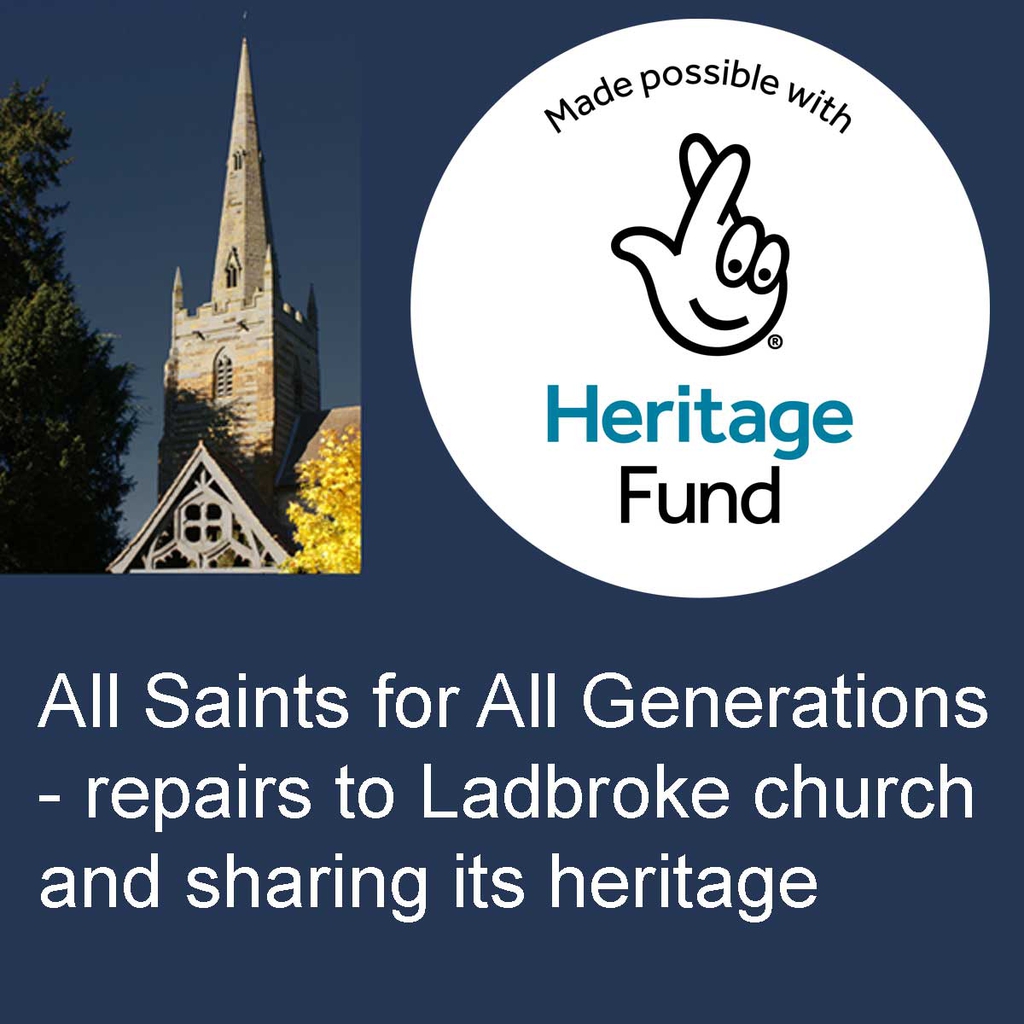 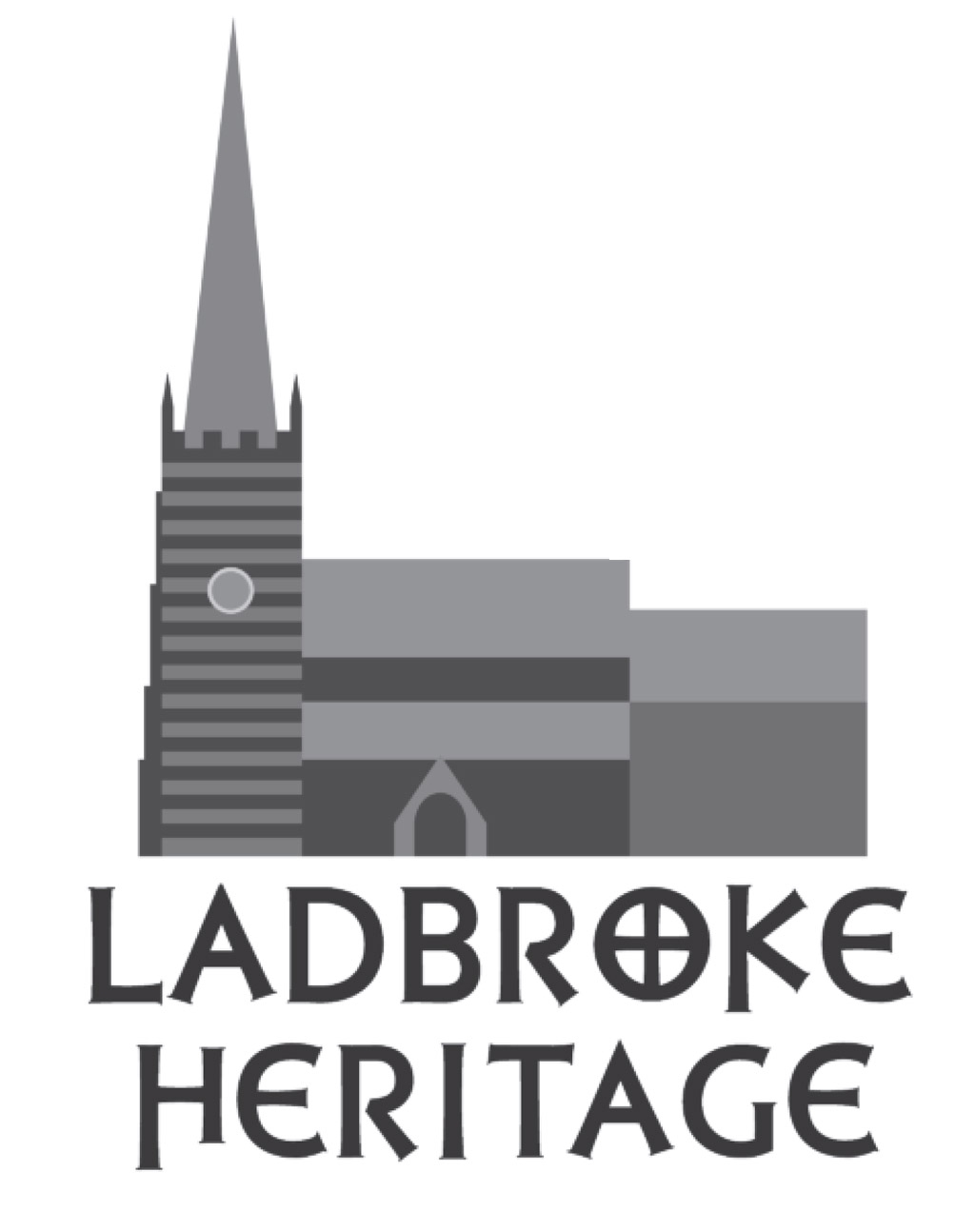 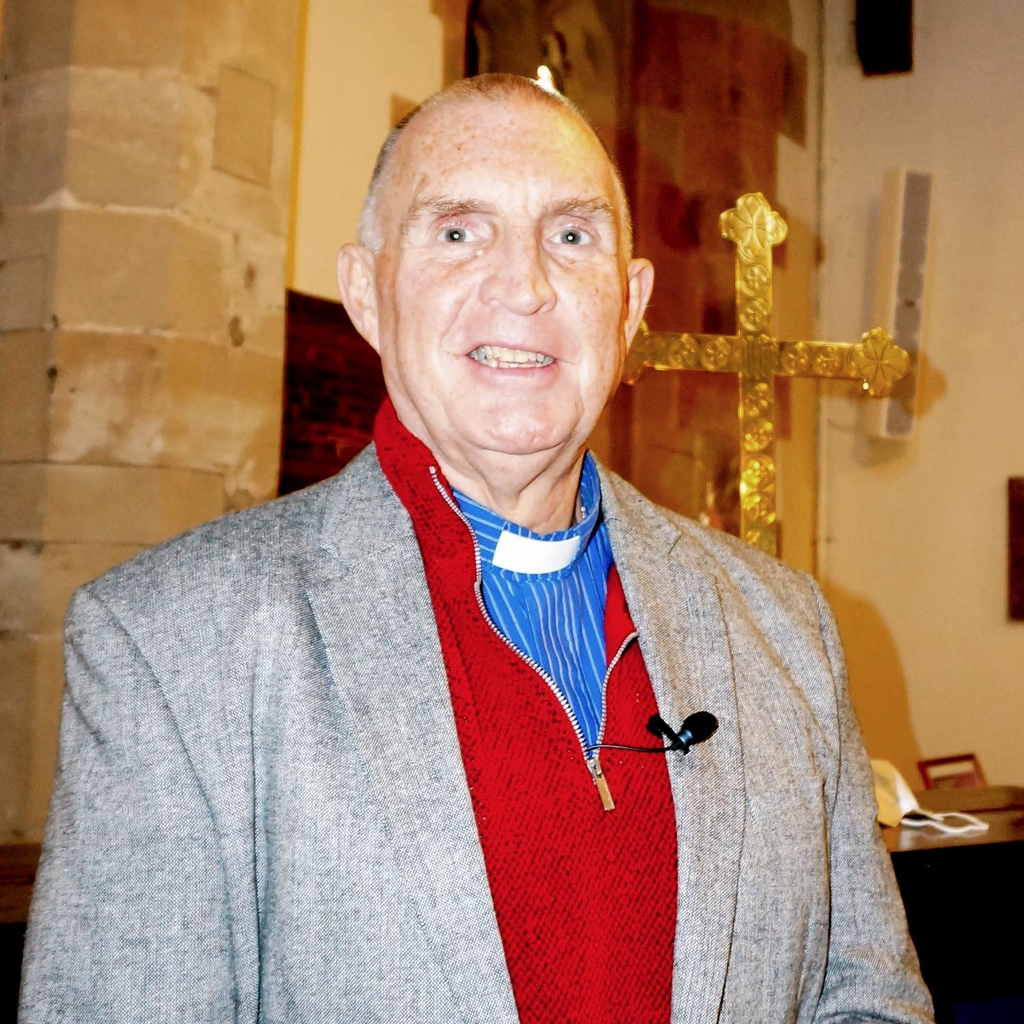 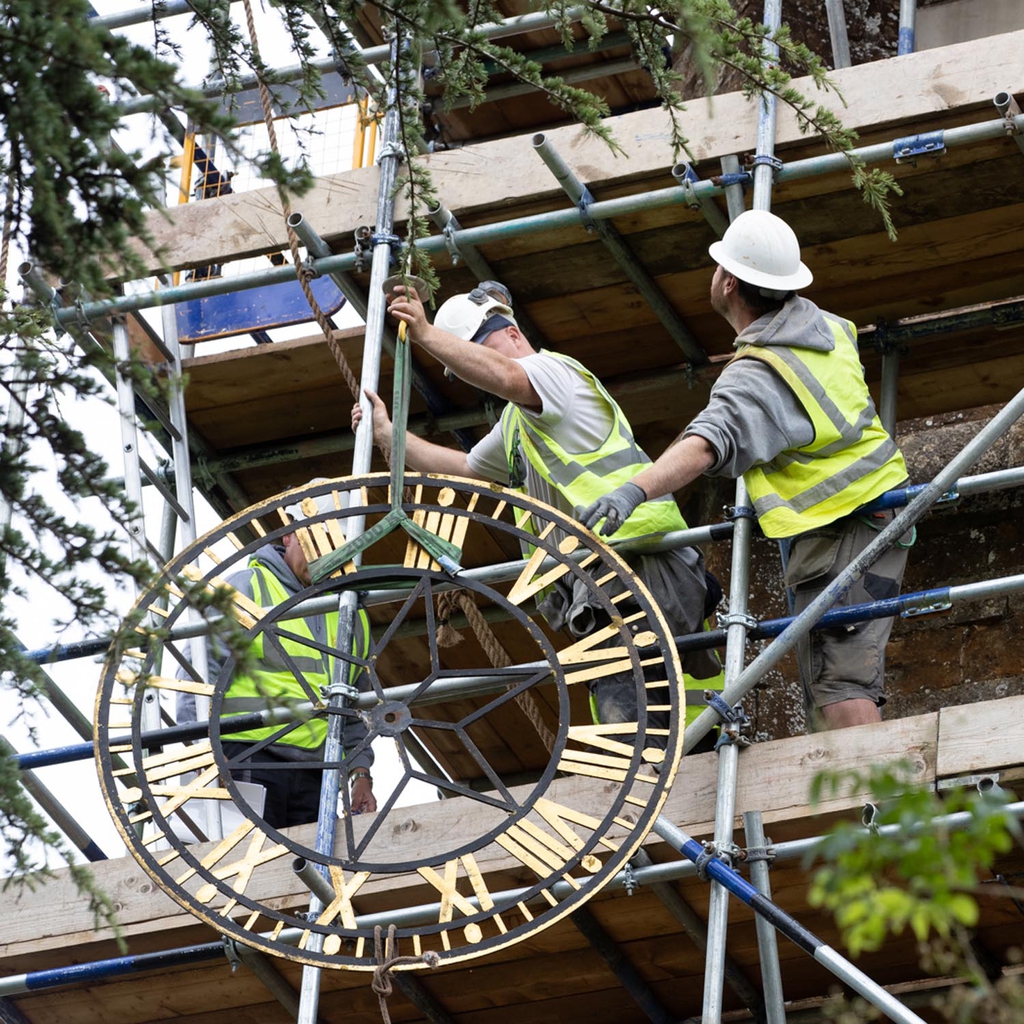 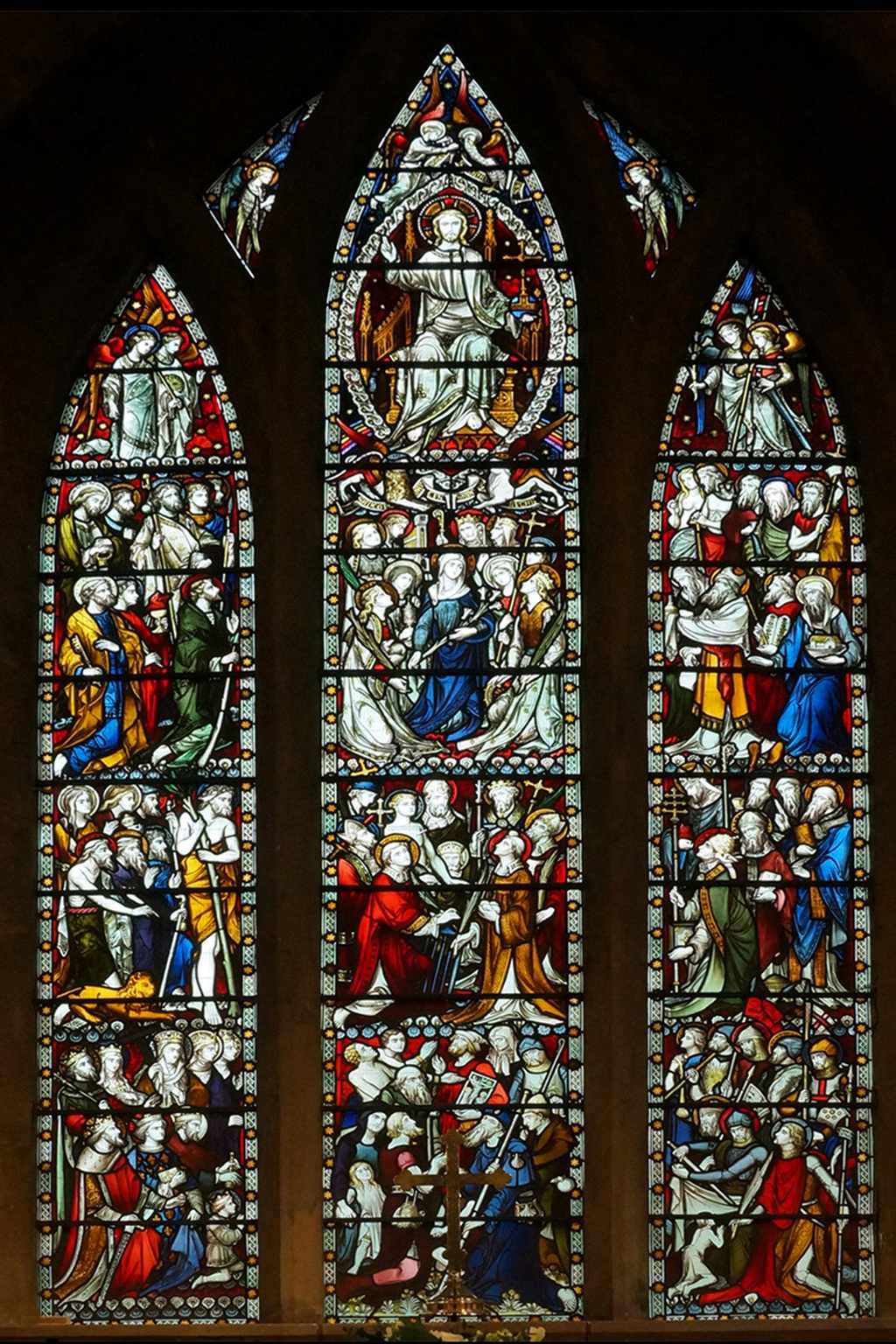 We welcome visitors
Usually the church is open every day from 10am - 4pm, often longer in the summer months, but if you are making a special visit do check the services and events calendar (from the menu) to make sure there is nothing happening that would hinder your visit.

There is a free leaflet on the church showing the highlights and a special interactive guide booklet for children. We also have a guide to our stained glass windows which can be borrowed or bought or downloaded at the bottom of this page as well as a  guide to the geology of the gravestones in Ladbroke Churchyard and a Village Trail leaflet.  You can take a sneak preview or download all of these and more from www.ladbrokeheritage.org.uk

We love to give group or individual guided tours by arrangement (phone 01926 810331). and there are photos of some of the things you can see on our Explore churches page https://www.explorechurches.org/church/all-saints-ladbroke

History
The ecclesiastical parish of Ladbroke covers the civil parishes of Ladbroke, Hodnell, Chapel Ascote and Wills Pastures. The church building is Grade I listed, dating from the 12th century with many later additions and alterations. The use of contrasting layers of stone on the tower adds further interest to the building’s fine appearance and is complemented by the peaceful churchyard and quintessentially English setting.

There are many other features worthy of note, both inside and outside the church. On the south side of the chancel are some fine seats for the clergy (sedilia) with beautifully carved canopies.  On the south side of the nave is the figure of a priest, said to be John de Pavalay, Rector 1298-1303, which was found under the chancel floor at the Victorian restoration.  There are also some interesting remnants from St Helen’s church, Radbourne, which no longer exists.  The carved heads inside the porch were brought from Radbourne. They were found in a farmhouse at Radbourne which was being demolished at the turn of the century. The presence of these corbels and the configuration of the roof timbers indicated that the farmhouse was in the fact the old church.

Ladbroke church was completely restored and refurbished in 1876 by Sir Gilbert Scott at a cost of £3,000, leaving the building in a sound condition for a hundred years. Then the tower became unsafe to such an extent that the bells could not be rung until the top of the spire  had been dismantled and rebuilt and major repairs made to the top of the tower.  The five bells, which date from the 15th to 19th centuries, are rung regularly.

Among the fine stained glass windows is the magnificent East Window behind the altar which depicts Christ on his throne and All Saints, approximately 90 of them. Each panel has a group such as warriors, hermits,martyrs, virgins, bishops or royal saints plus there is one of old testament characters.The group at the centre of the bottom of the window are unknown saints: prisoners, orphans, a widow, beggar, artist, soldier, pilgrim, farmer and a workman with his bag of tools.

More recent additions to the church include the Royal Arms, high on the nave (1985), a bookcase in English Oak (1993), much to the relief of the female congregation mains water and a toilet (2002) and  a wide oak shelf over the pew near the pantry (2012) which is invaluable when we serve refreshments. There are a set of hand-made kneelers for the congregation in their pews, many of them dedicated, donated by the Friends of Ladbroke Church and three fine needlework, altar kneelers whose design reflects one of the patterns in the floor tiles before the altar.  Both of our two processional banners have been restored by the Straford-upon- Avon NADFAS textile conservation volunteers recently and are worthy of a close look.

The first recorded Rector of Ladbroke was a Ralph de Lodbrok, 1290-1298, and the Rev. Canon Fishley (1960-1976) was the last of a long line of Rectors, although he continued the care of the Parish as Honorary Priest-in-Charge until 1983. In that year, the benefice of Harbury and Ladbroke was formed and the Rev. Canon A.S.B. Rowe became the first Rector of Harbury and Ladbroke. He was followed Rev. Roy Brown in 1993, Rev Craig Groocock in 2008 and Rev Andy Batchelor in 2020.

All Saints’ Church is used for services, weddings, christenings and funerals. It also provides the venue for special events such as village festivals, concerts and local exhibitions, including Heritage Open Days, the second weekend in September each year.