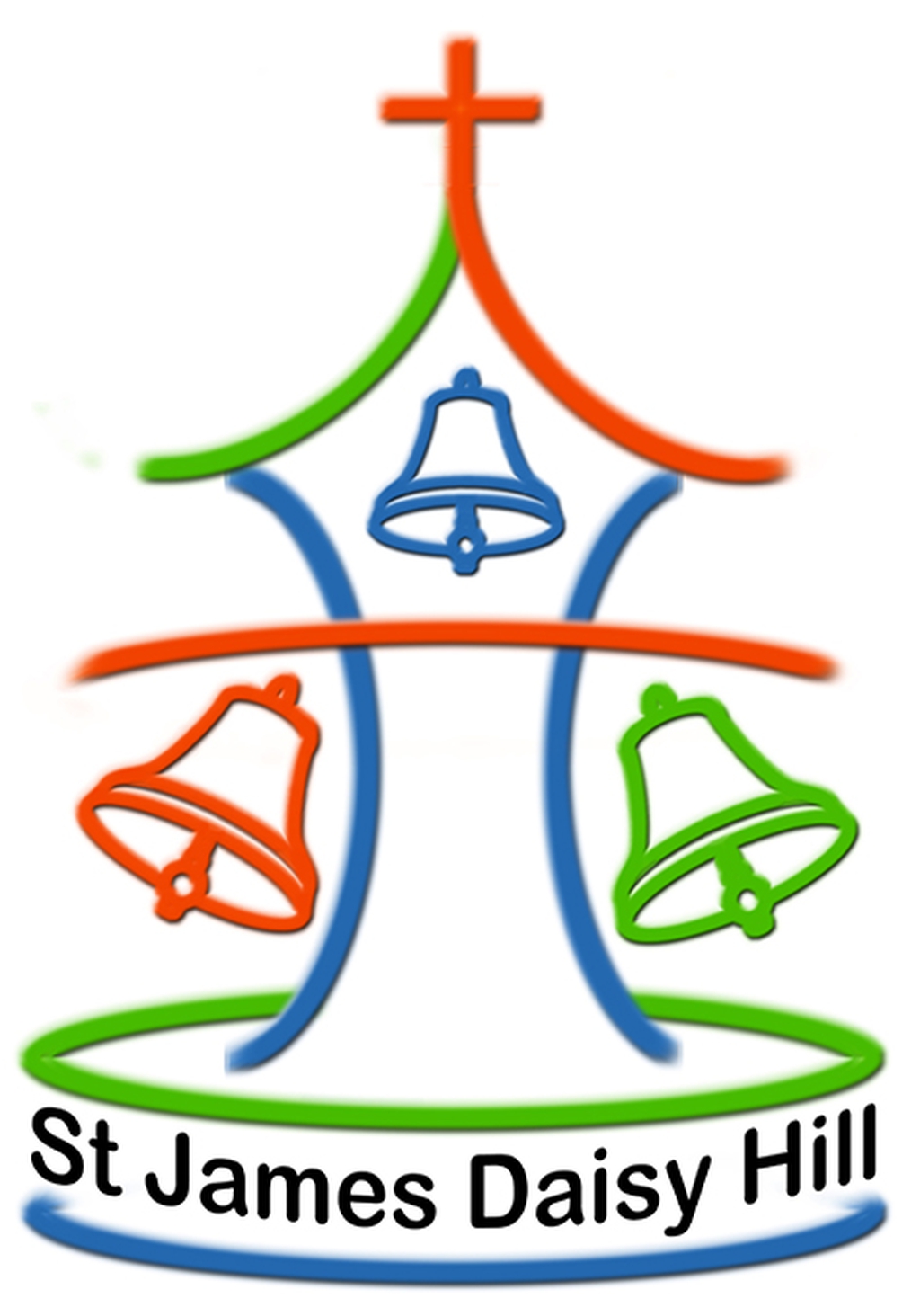 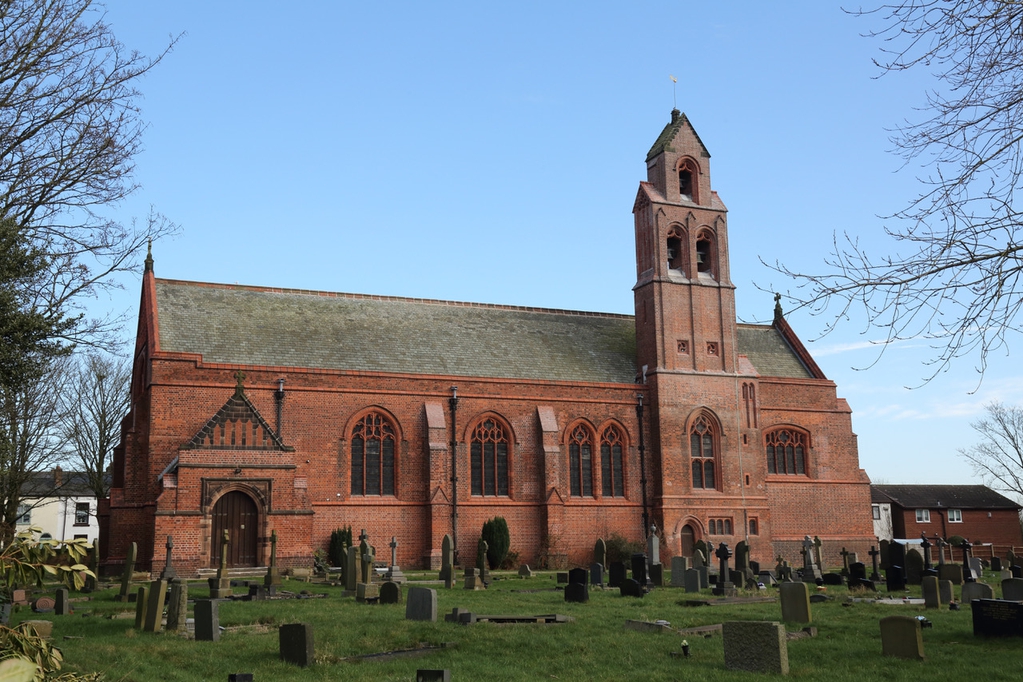 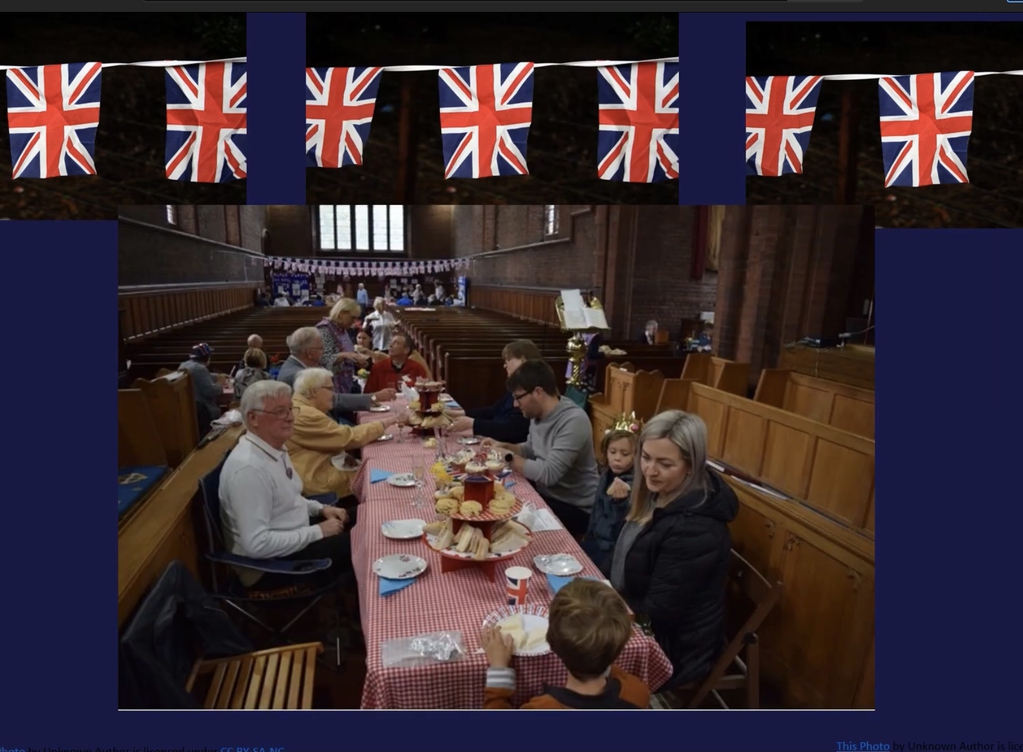 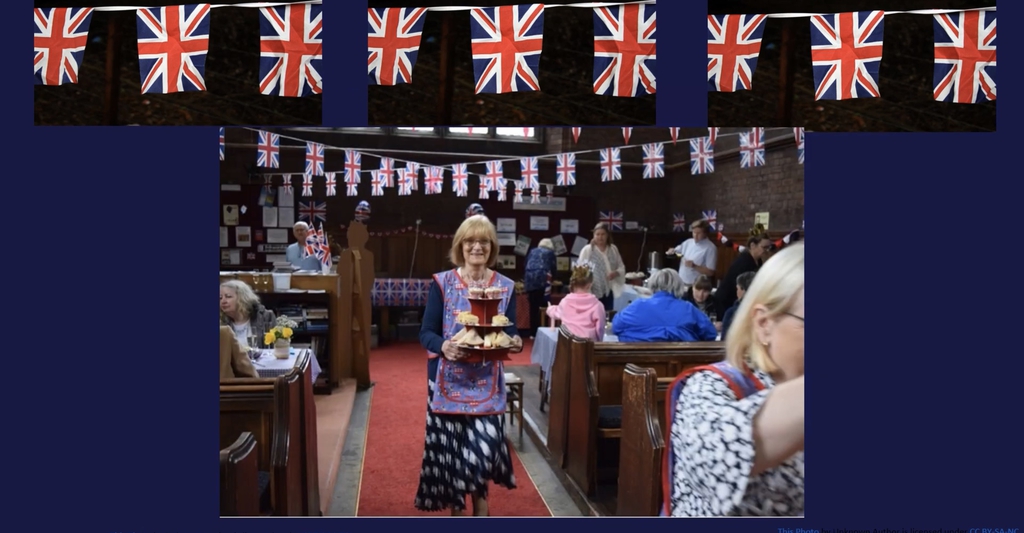 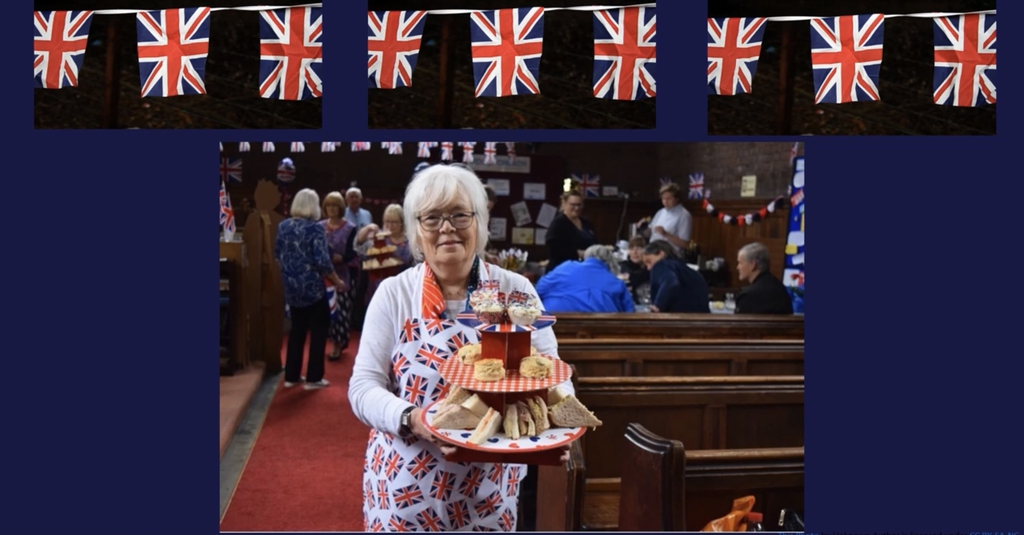 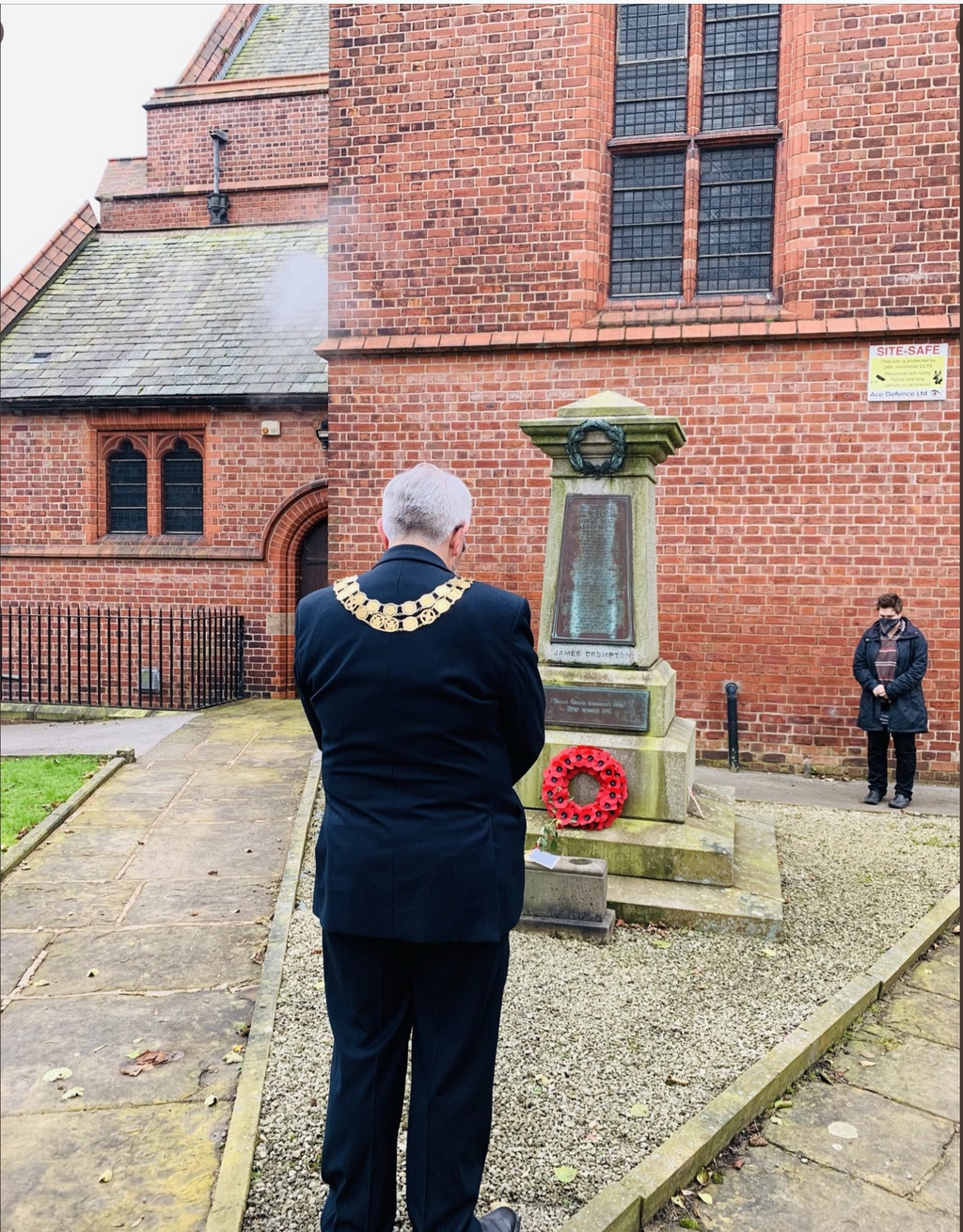 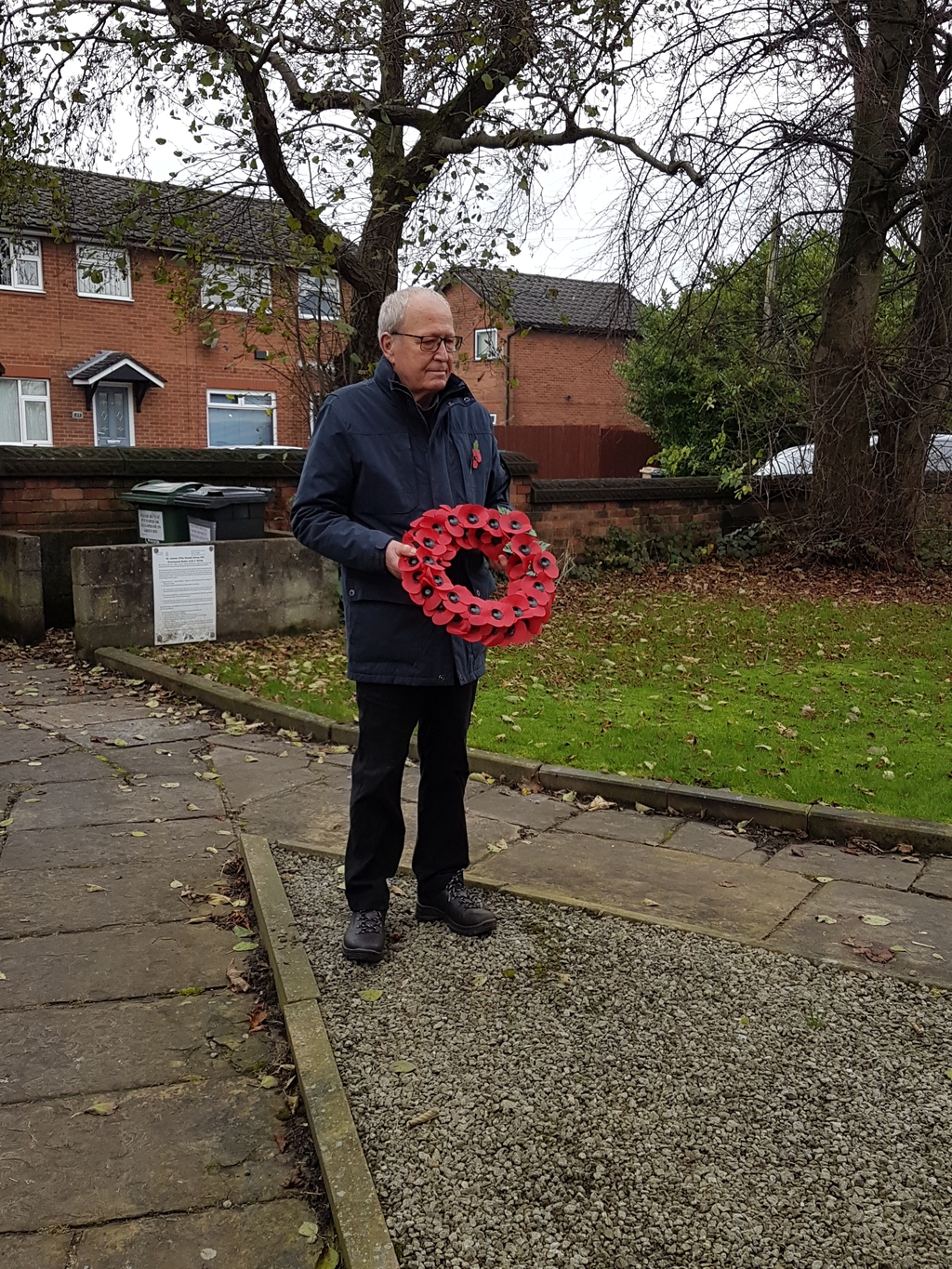 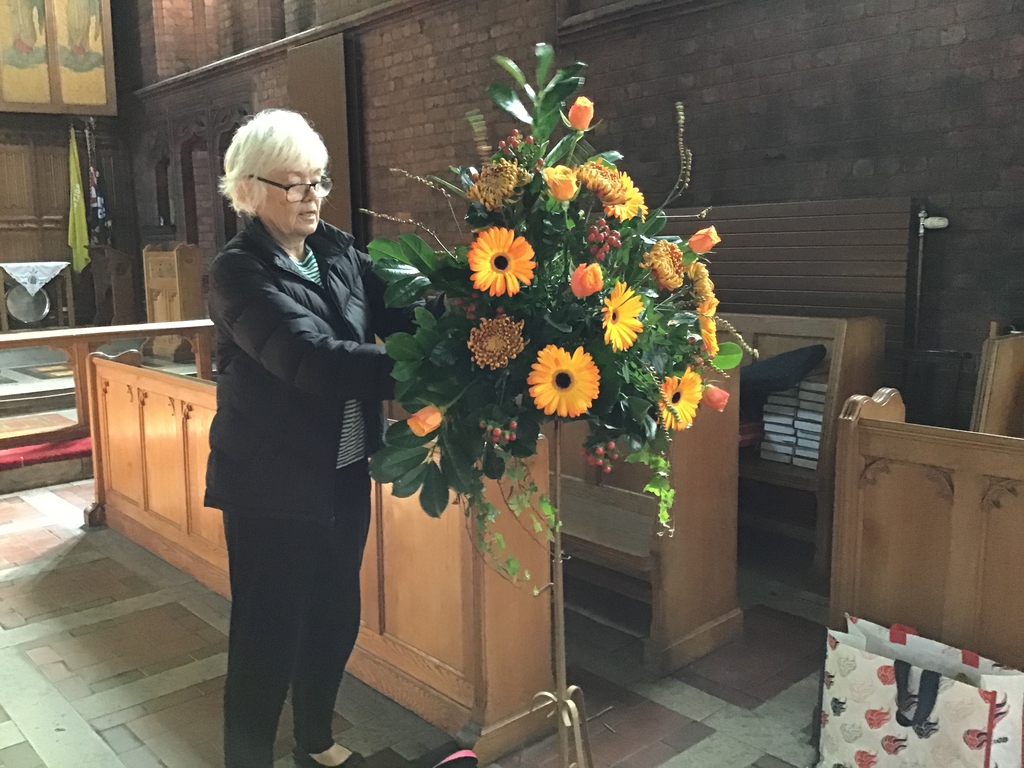 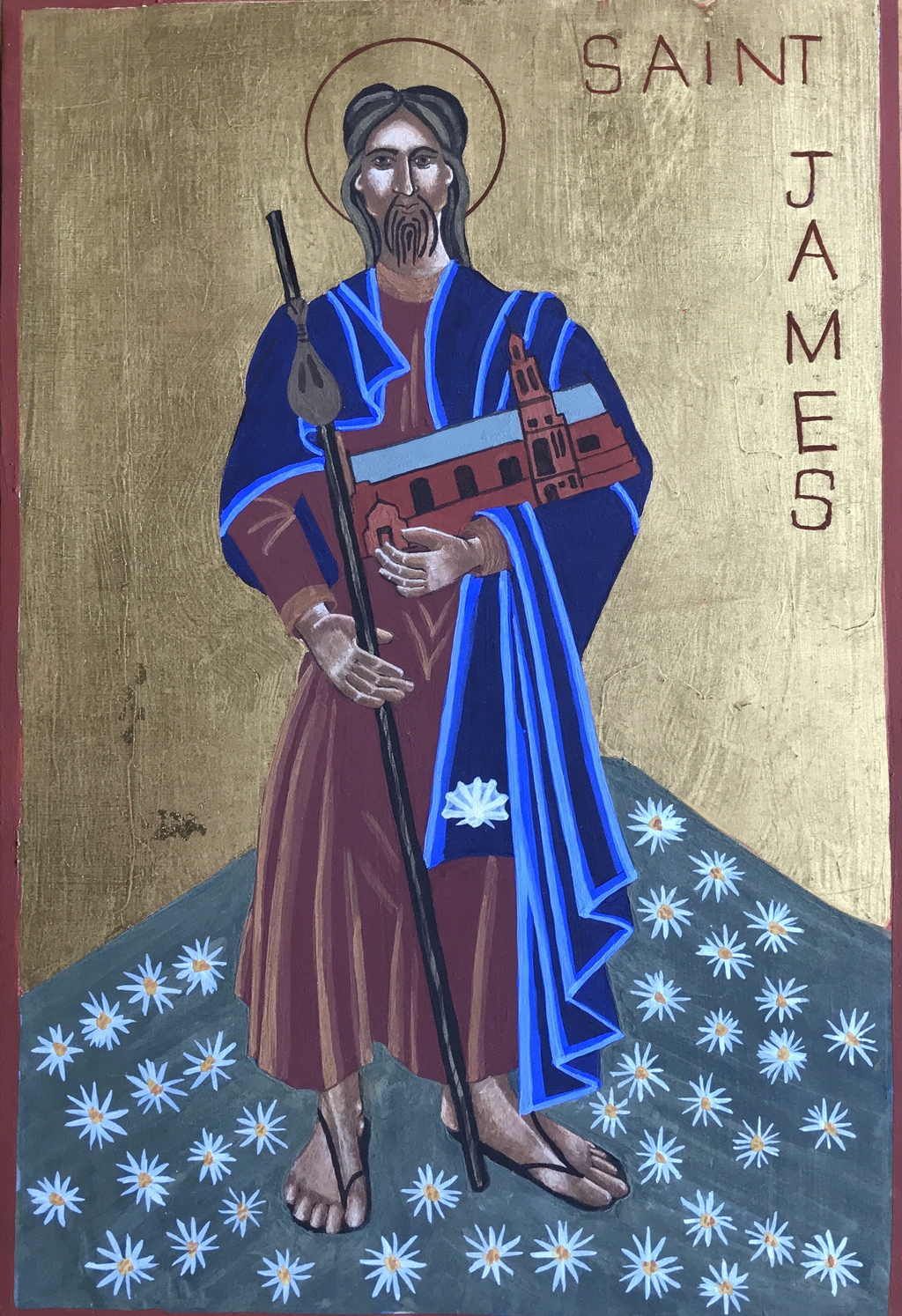 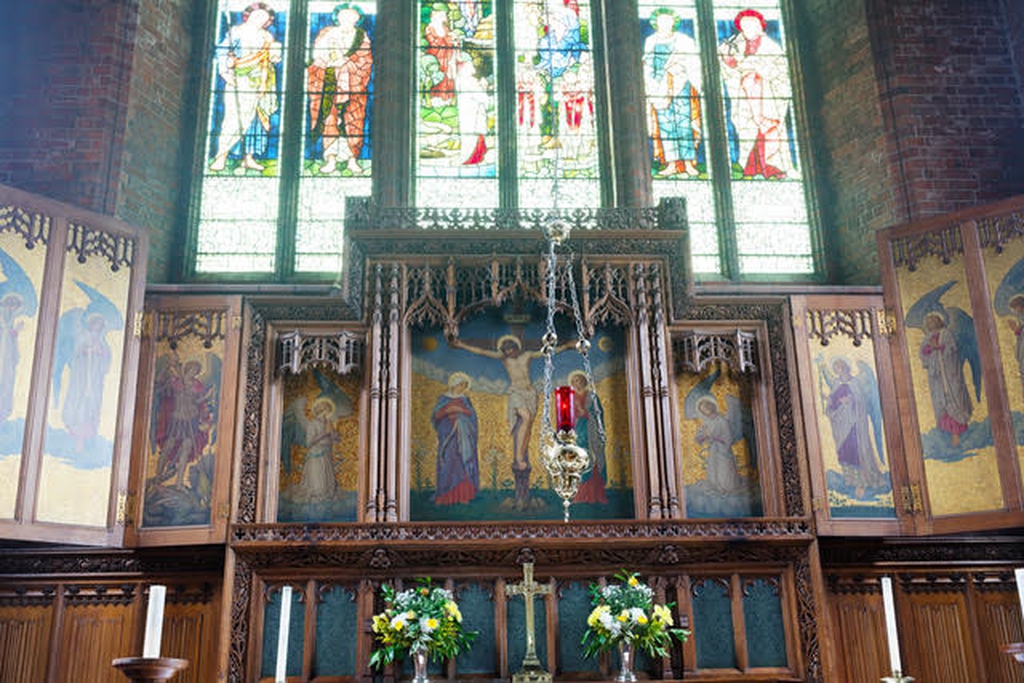 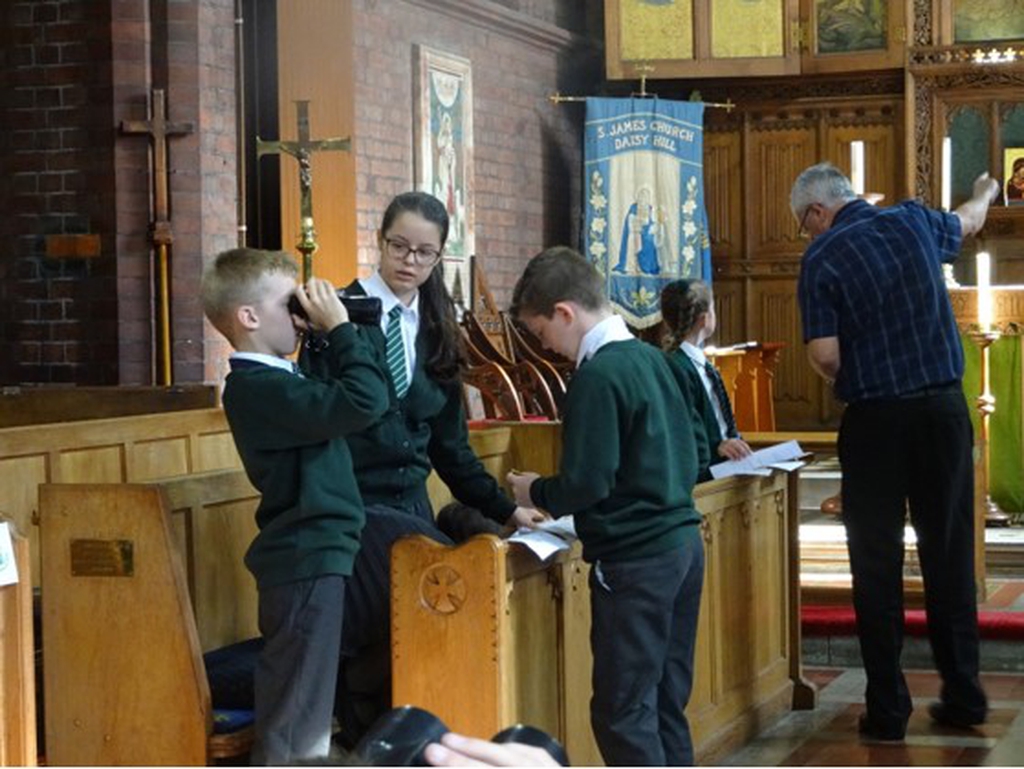 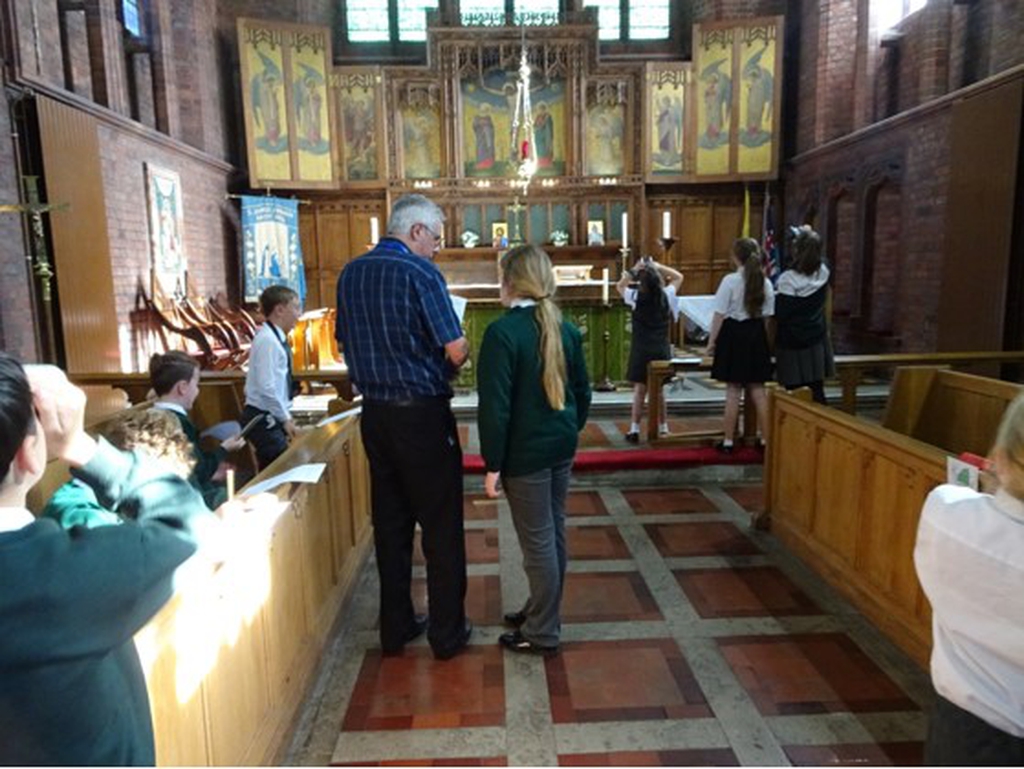 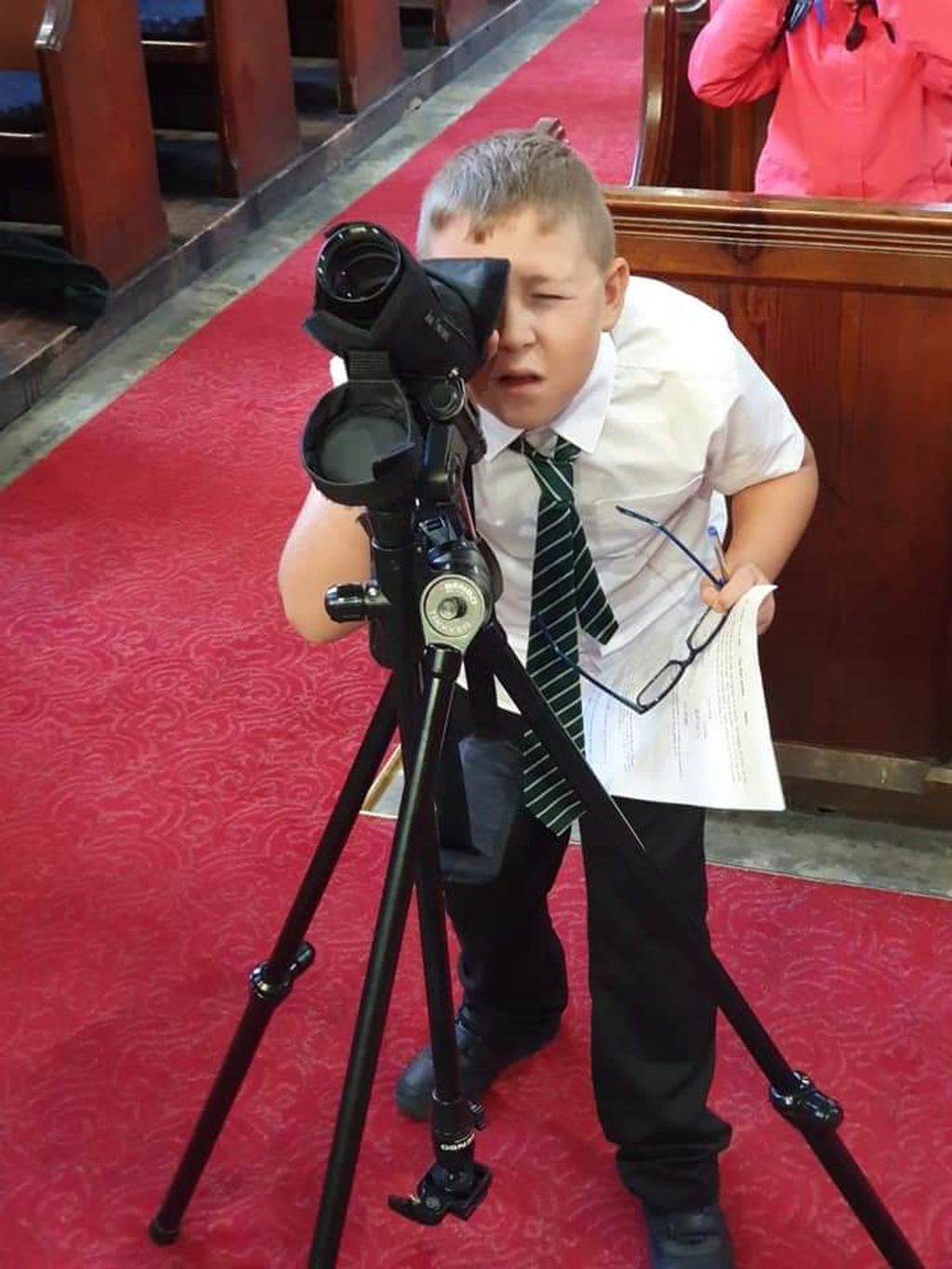 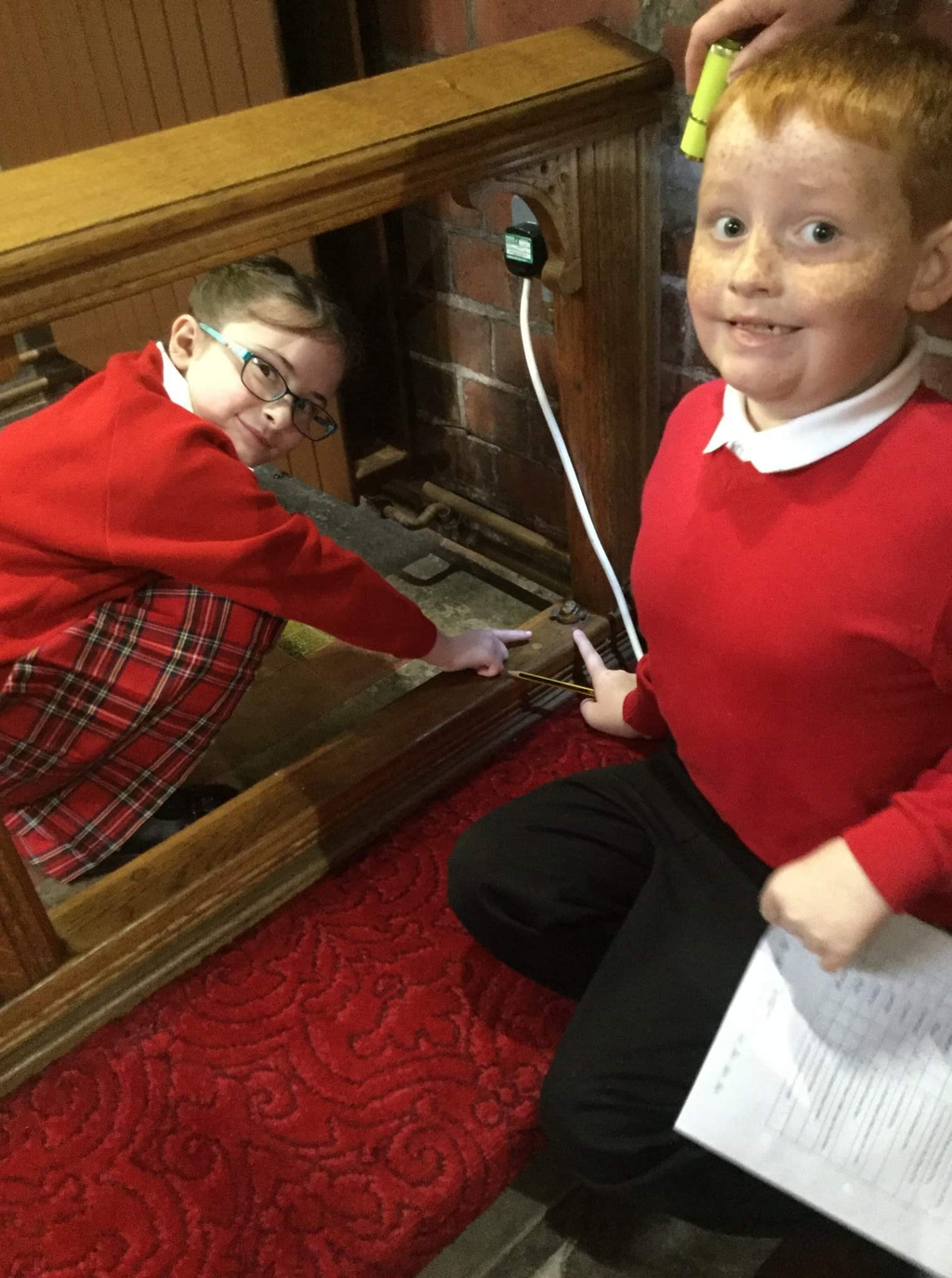 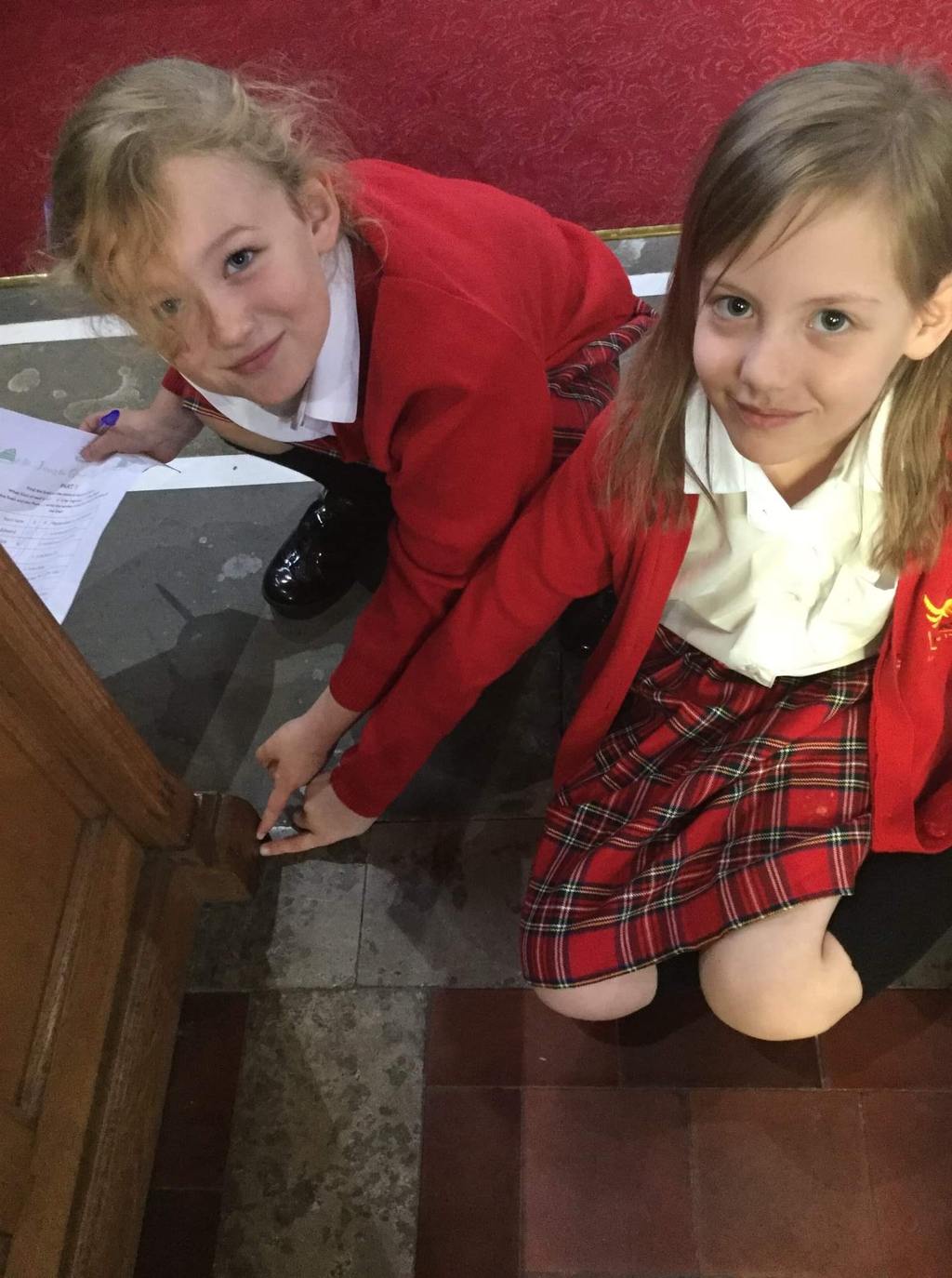 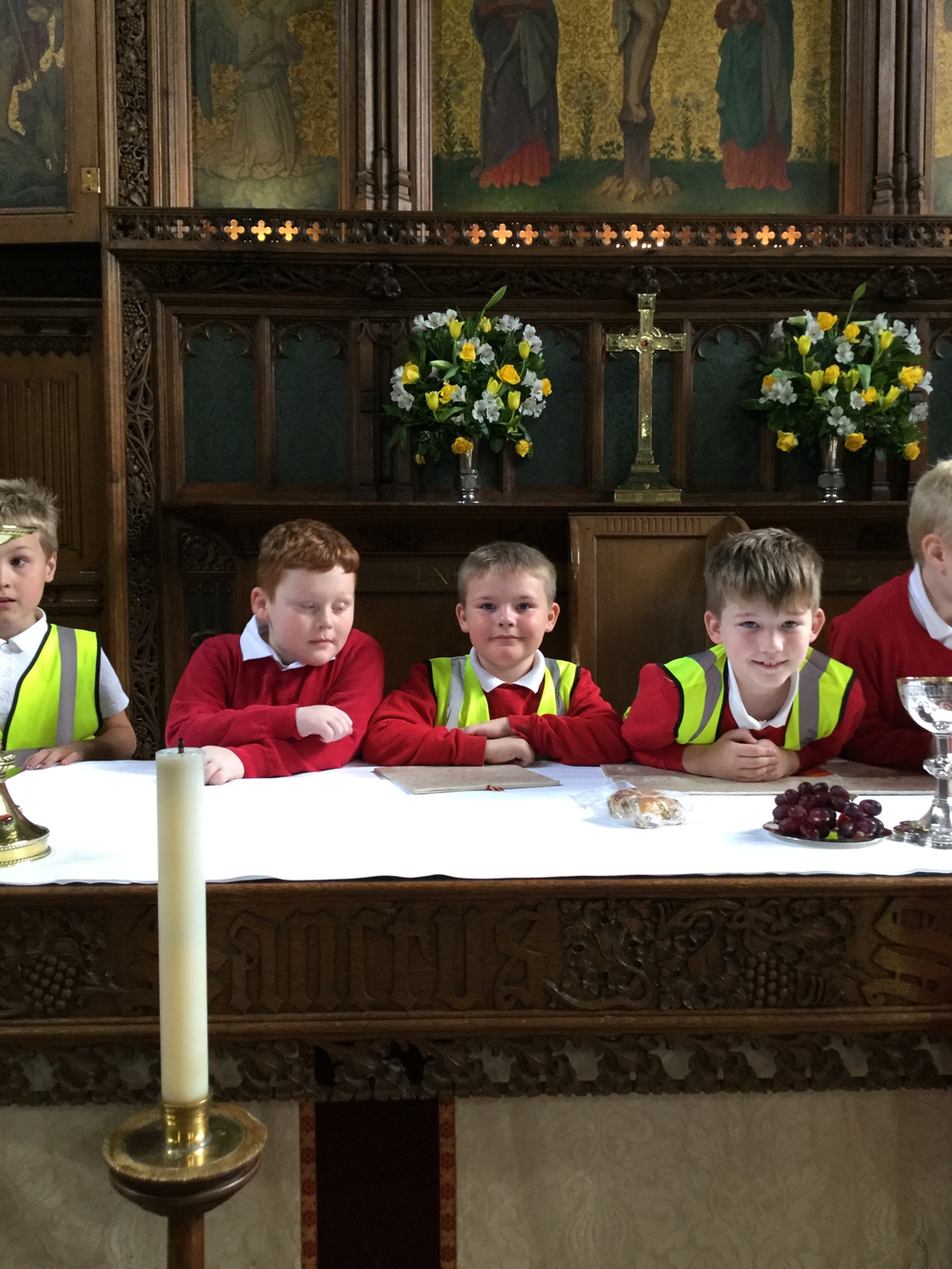 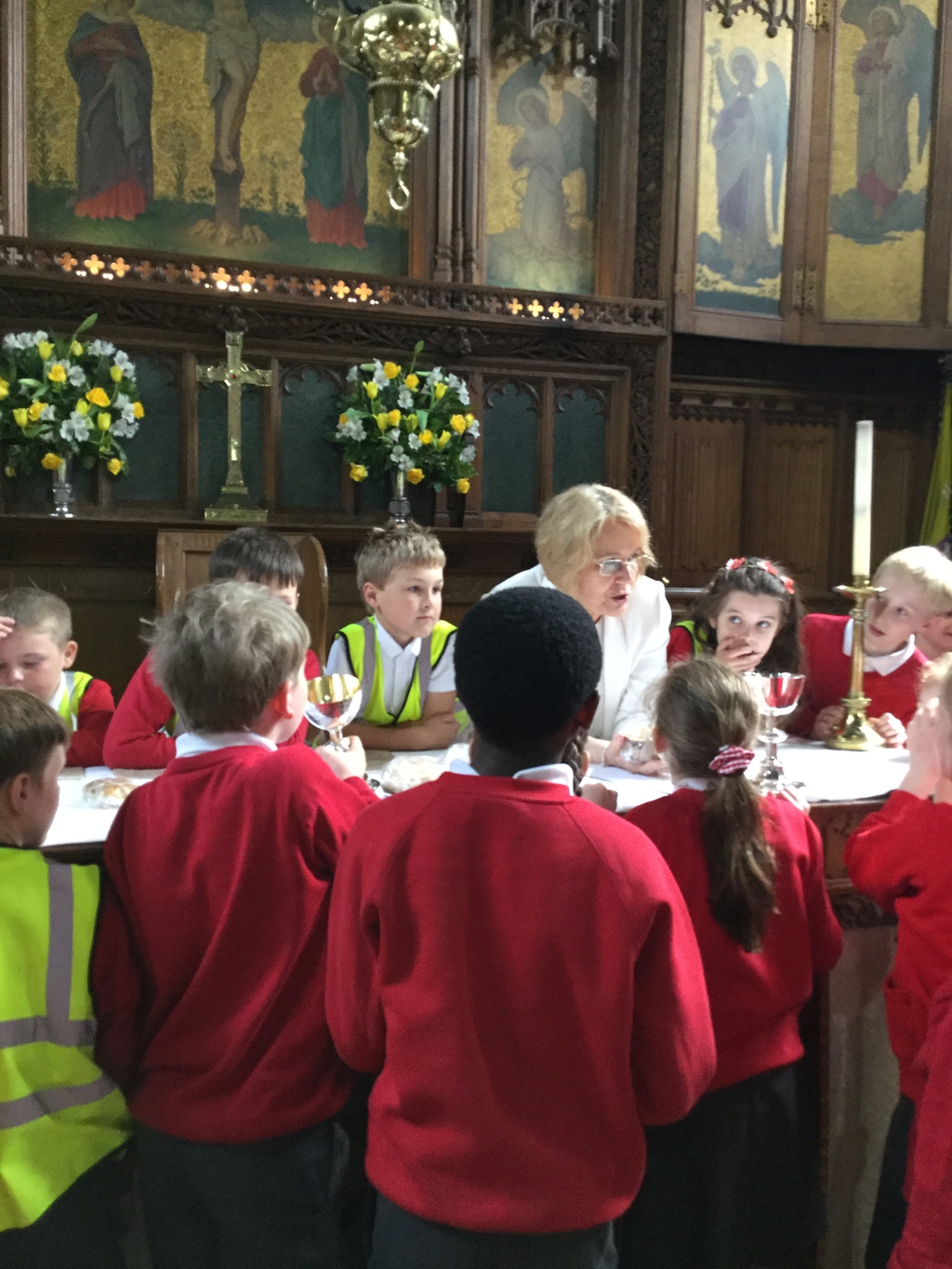 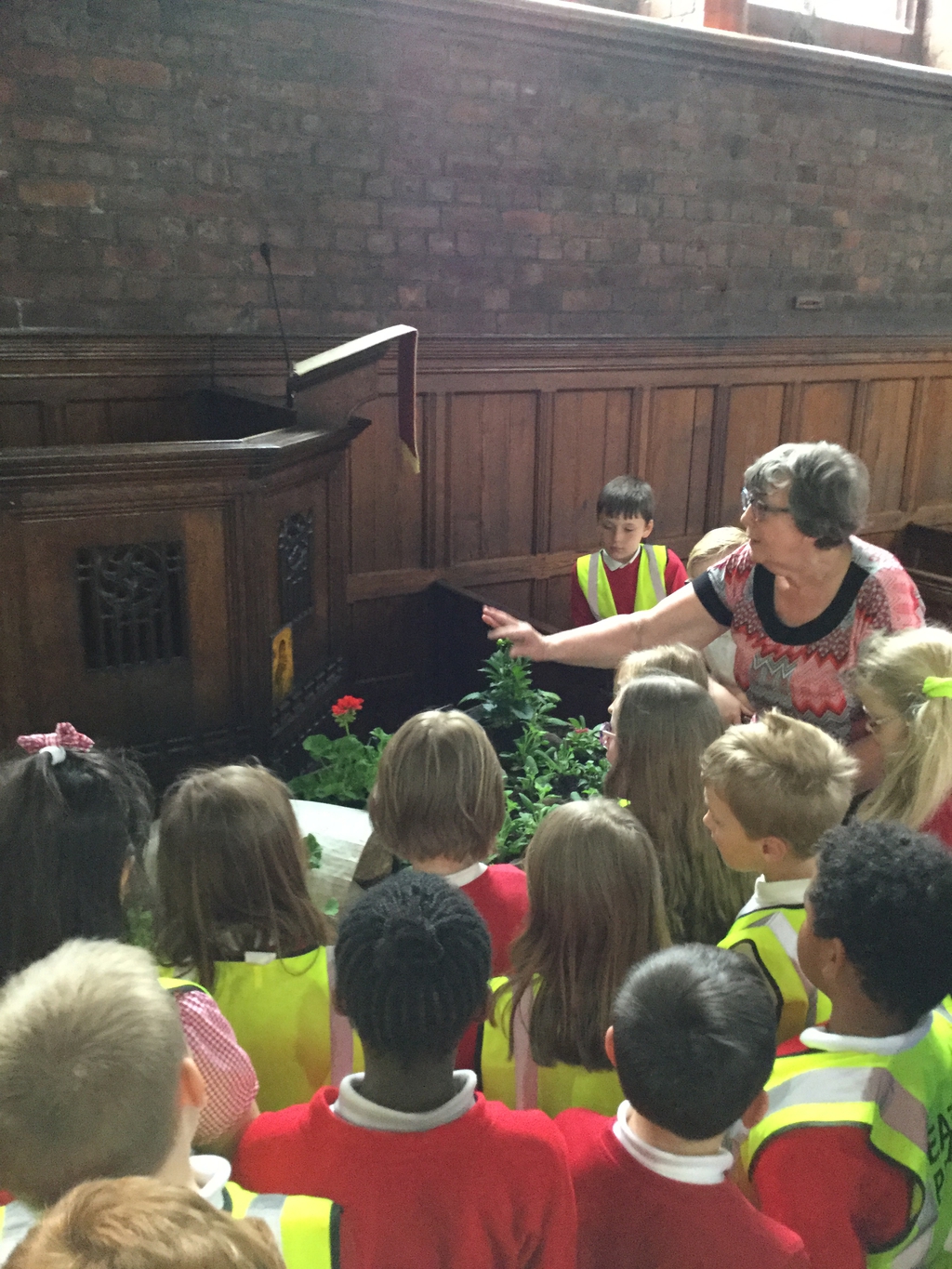 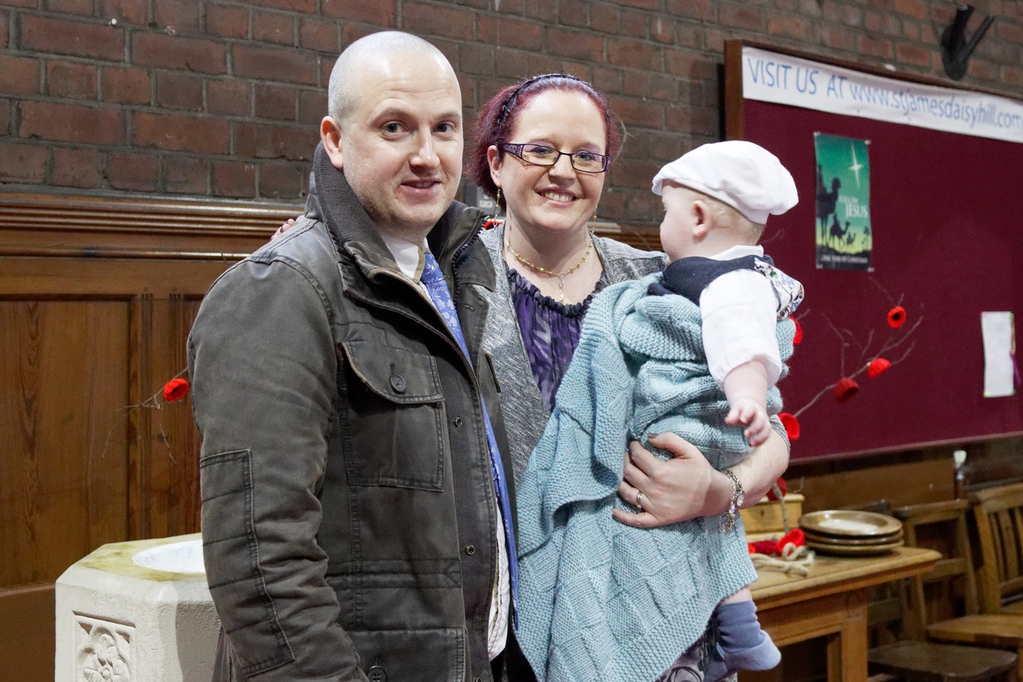 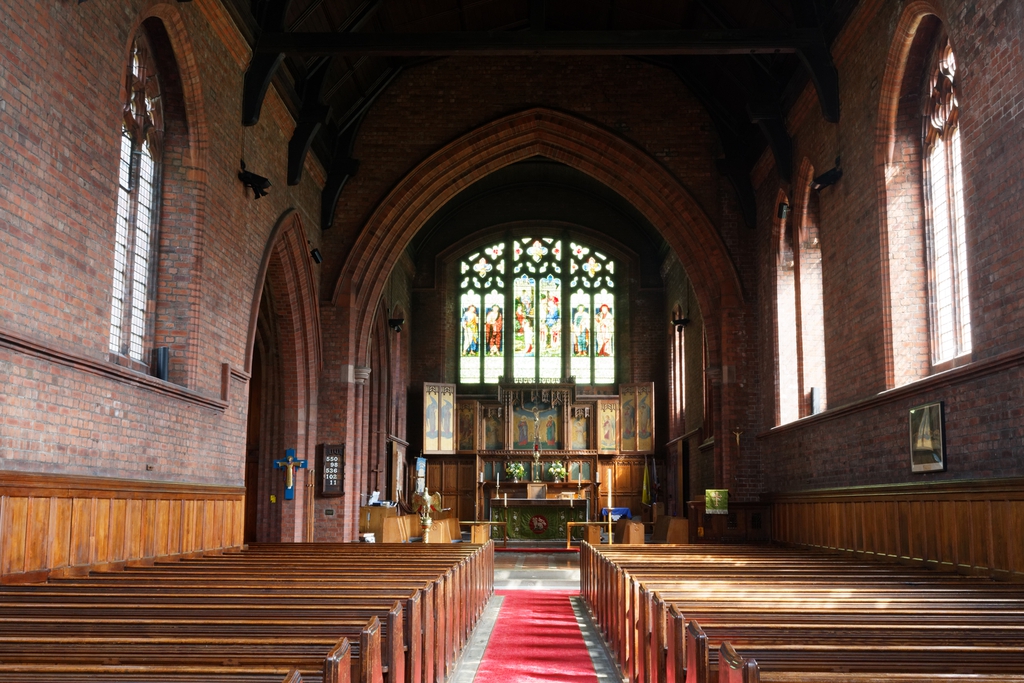 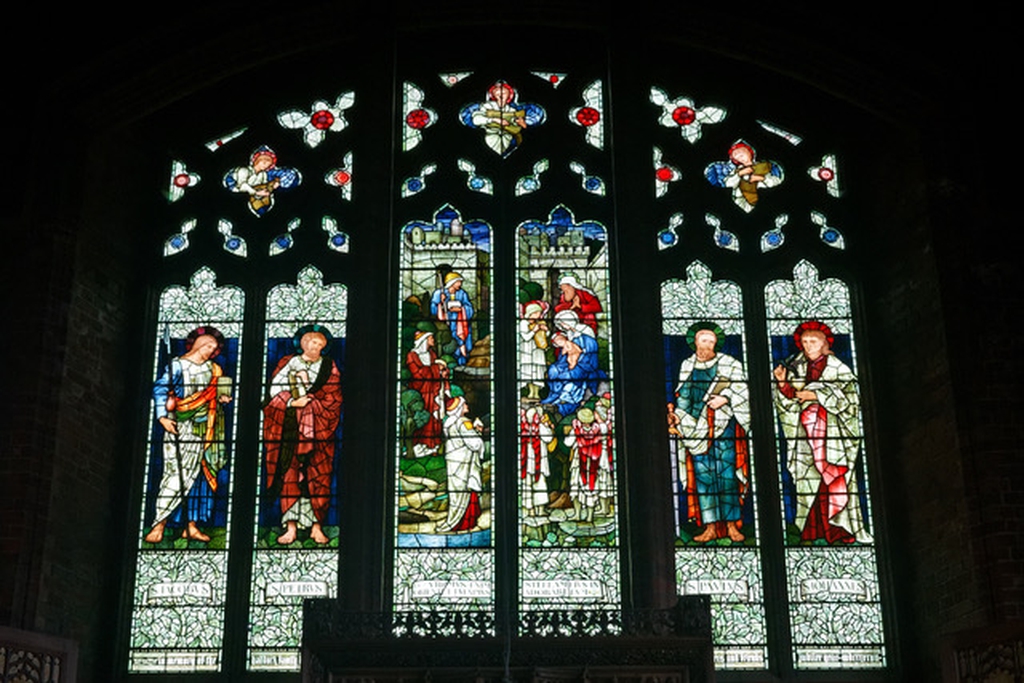 Members of the Westhoughton Local History Group have created a research file giving as much information as they have found on the war dead in these graves, it is available, on request, for study in church, along with a copy of the WW1 war diary of Revd. George H. Ogden. Click on the DOWNLOAD buttons on the right at the bottom of this page to open a map of the location of the War Graves, a list of the war dead, photographs of Revd. George Ogden, his WW1 battlefield chalice and an extract from a letter written in WW2 while Vicar of Daisy Hill.

The Daisy Hill War Memorial is located outside the north door of the church and commemorates the dead of both world wars and recent conflicts. In the church porch / narthex is the Eatock Pit war memorial commemorating the dead of WW1 who worked in the mine, the bronze plaque was transferred to the church from the colliery after it closed in 1934.

Today we remember all who have died, suffered or still suffer as a result of war. The 1st World War, the 2nd World War, Korea, the Falklands, Iraq, Afghanistan and other conflicts. But, because today is exactly one hundred years since the Armistice of November the 11th 1918, our thoughts focus on that conflict.

That war began with great optimism. H.G. Wells coined the phrase, “The War to end all Wars.” And that saying took hold in the wider imagination. Also there were very many young men who volunteered in “Lads’ Brigades” and they had in mind something of an adventure because of the popular belief that the “War would be over by Christmas.” Sadly both of these hopes were soon dashed and the war dragged on getting more and more devastating.

I want to focus our remembering thought the eyes of three 1st World War chaplains who saw the war from the trenches in all its devastation.

The first is The Revd George Ogden who was vicar of this parish, Daisy Hill, from 1941(correction 1921 by GL) to 1943. He had been in a chaplain in the First World War. We have recently discovered his war diary for 1915 – 16. He tells there of the terrible wounds that he saw, the shelling and bombardments, the mental, spiritual and physical fatigue of the troops. He also records the Holy Communion services that he took on Sundays, the burial services he had to conduct, and the help he had to give to the wounded. But he also records some lighter moments when he needed to visit the front from the field hospital and decided to go by bicycle. It was OK at first, he made good progress, but then he got completely stuck in deep clay mud. At least he could see the funny side. He also records another humorous event and these are his own words, “Saw a man having a bath under shall fire – quite naked- wonderful sight!”

When he left this parish he gave his 1st World War chalice to this church. It’s small as you would imagine because he had to carry it about, and we are going to use this chalice in our service today as an act of remembrance. As we drink from this chalice, as many in the trenches must have done, and for some of them it would the their last communion, we can feel that we are in solidarity with those troops and with George their chaplain. I am sure it will be a moving commemoration for all of us today.

The second chaplain I want to mention is the Revd Bayley Hardy who has been in the news recently. He was always with his men, alongside them bringing comfort and hope. But he was also with them when they went over the top into the fusillade of enemy machine gun fire. As a chaplain he didn’t have a weapon, but he insisted on being with his men, helping the wounded back to the trenches and helping carry the dead where that was possible. For me this is a wonderful picture of the truth about God. Like the Revd Hardy, always wanting to be with us in our sorrow, in our distress, in our suffering. A God with us, not a God over us.

The Revd Hardy was one of the very few who was awarded the Victoria Cross, this was a rare honour and almost unique for a non-combatant.

My third chaplain is the Revd Geoffrey Studdert Kennedy. Like Hardy he always wanted to be with his troops and where the need was greatest. He got the nickname Woodbine Willie because meeting them he always offered them a cigarette, a woodbine, a bit of comfort in a world of darkness. If you have ever had a smoked a Woodbine you will know that it is a bit of rough smoke, but, at least it was better than the issue cigarettes that the troops got, no doubt it was very welcome to the troops to whom he ministered.

But Woodbine Willie had a deep spiritual journey in that war. He ceased to believe in a remote God who sat on a glorious throne looking down on the world and came to see that God is a God with us in our suffering. He is the God of the Cross who is willing to experience the depth of human pain, sorrow, and rejection. He wrote many poems in the trenches and after the war about this journey and I’ll share with you some lines from his poem “High and Lifted Up.”

But I stand in woe and wonder; God, my God I cannot see,

Darkness deep and deeper darkness – all the world is dark to me.

Where is power? Where is Glory? Where is victory won?

Where is wisdom? Where is honor? Where the splendour of the Sun?

But then he sees God on the cross.

In a manger, in a cottage, in an honest workman’s shed,

In the homes of humble people, in the simple lives they led,

In the life of one an outcast and a vagabond on earth,

In the common things He valued, and proclaimed of priceless worth,

And above all in the horror of the cruel death He died,

Thou hast bid us see Thy glory in a criminal crucified.

And we find it – for Thy glory, is the glory of Love’s loss,

And thou hast no other splendour but the splendour of the cross.

But, to return to the chalice that George Ogden gave to this church. When we drink from it we are in solidarity not only with all those troops who drank from if, But we are also in solidarity with the God of the Cross.

Visitors are asked to take care when walking in the churchyard; the ground is uneven and some of the gravestones could be unsafe. Children should be supervised at all times. We regret the visitors explore the churchyard at their own risk.

On the first Saturday in each month the church has an Open Doors event when light refreshments and toilet facilities are available to visitors.