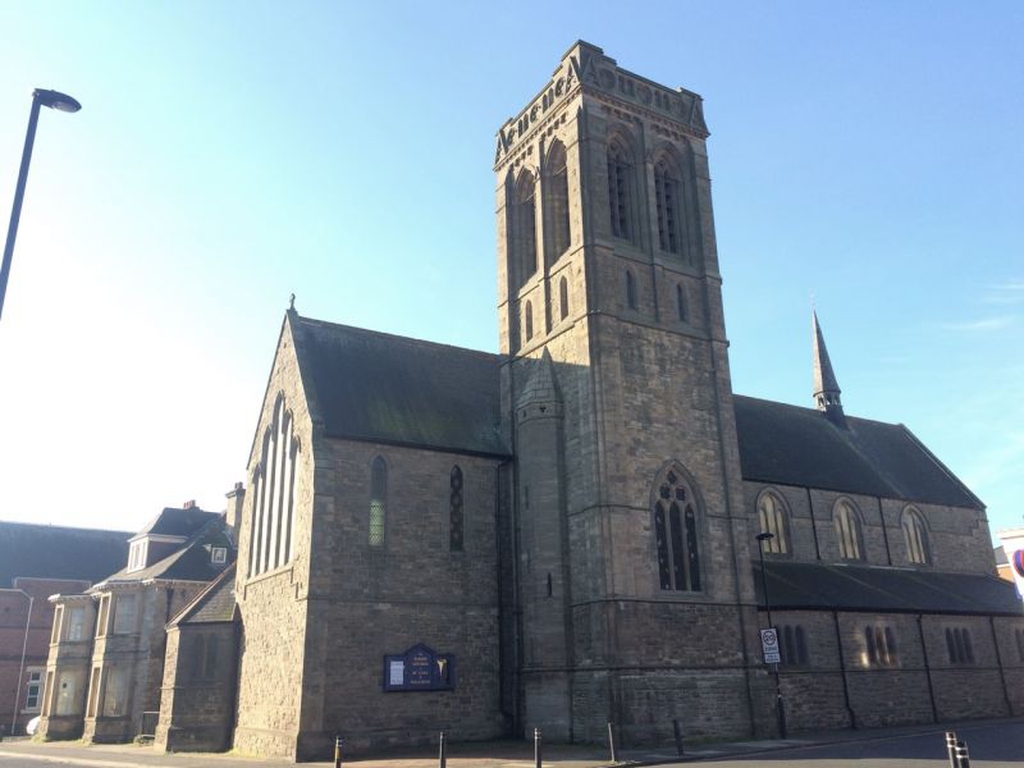 St Luke's is a short walk from the fort which guarded the east end of Hadrian's Wall.  Given the fascination among soldiers of the Roman army for mystery religions and cults, it is likely that there have been Christians present in Wallsend at various time since the Roman occupation began here in AD 81.

The parish of St Peter, Wallsend was divided in 1887, with the western portion becoming the new parish of St Luke, complete with a new church.

The foundation stone was laid in 1885, and the building was consecrated in 1887, although construction was not completed until 1906.

One of the principal donors to the new building was George B. Hunter, then managing partner of the Swan Hunter shipbuilding company. The long association between the church and the company (whose yard is just down Station Road) saw St Luke’s nicknamed the ‘Shipyard Church’.

In 2001 the parish was merged with that of St Peter, Wallsend. The church was founded in the Anglo-Catholic mould, following the tradition of St Peter's.

In less than twenty years it had acquired a certain notoriety: during the incumbency of the second vicar, Fr William O'Brady-Jones (left), Anglo-Catholic practices were listed in evidence given to the Royal Commission on Ecclesiastical Discipline in 1904.  But after his departure in 1908, with the then Bishop of Newcastle being unsympathetic to Anglo-Catholics, a Low Churchman was appointed.

The High Church tradition lay dormant until 1958, when Fr Colin Turnbull (who began his ministry as an assistant curate at St Peter's, Wallsend) was made vicar.  Fr Turnbull is remembered with enormous affection by the people he ministered to, and parish minute books testify to his great tact and sensitivity.

His work was consolidated by Fr Peter Heywood between 1970 and 1989, a man of enormous energy and passion—and the parish's first priest always to be styled Father Surname!