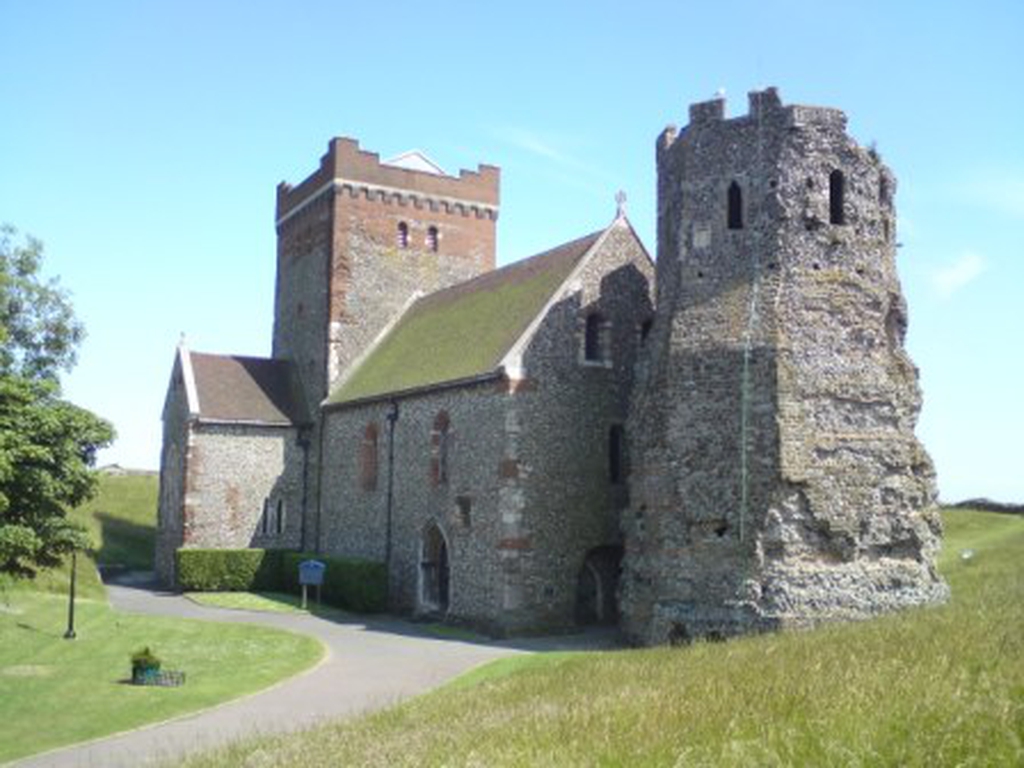 St. Mary in Castro, Dover Castle
Services and events
News and notices
About us
WEDDINGS
Find us
Dover
Get in touch
01304 790340
Facilities
More information
Edit this church

Seen by hundreds of thousands of visitors each year as they tour Dover Castle, St. Mary in Castro is, first and foremost, a working place of worship.

Services are usually at 10am every Sunday,  (unless highlighted below)

They are normally Holy Communion unless otherwise stated, with Sung Matins on the second Sunday each month

The  Church is open during the week for English Heritage visitors.

Once the local Garrison church, it is now an Extra-parochial Church in Canterbury Diocese,  but it still keeps a military ethos. All services are open to everyone,  if attending worship, an entry ticket from English Heritage is not required. The church is inside the Castle grounds and, from its Saxon beginnings, has served garrisons within the castle and in the surrounding area.

There is still an active congregation, with a Church council and Co-coordinating Chaplain and is part of the Church of England, if not technically the Deanery of Dover.

Although we have no parish we have many thousands of children visiting each year. Our Church Council takes Safeguarding very seriously and has appointed a Safeguarding Coordinator for both Vulnerable Adults and Children - Miranda Chapman - who may be contacted on 07969 614420.

Sited on the White Cliffs of Dover with a 360 degree panorama the age of the church is uncertain but the current building dates from 800 to 1000AD (late Saxon ). It is likely that it is on the site of earlier Roman foundations, either a place of worship or a building linked to the Roman lighthouse, Pharos, which is by the West door. Roman building materials, especially tiles, were re-used by the Saxons in walls and arches.

At the end of the seventeenth century, church attendance dropped, the church fell into ruins. It was later used as a fives court, a coal store and rubbish dump. In 1862 the church was restored by George Gilbert Scott and the distinctive mosaic work and other cosmetic additions were added by William Butterfield in 1889/90.

The church played a major part during the two world wars as a place of worship and contemplation for those stationed in the castle, or those heading overseas. During the spring and summer of 1940 services continued despite almost constant air-raids and anti-aircraft fire.