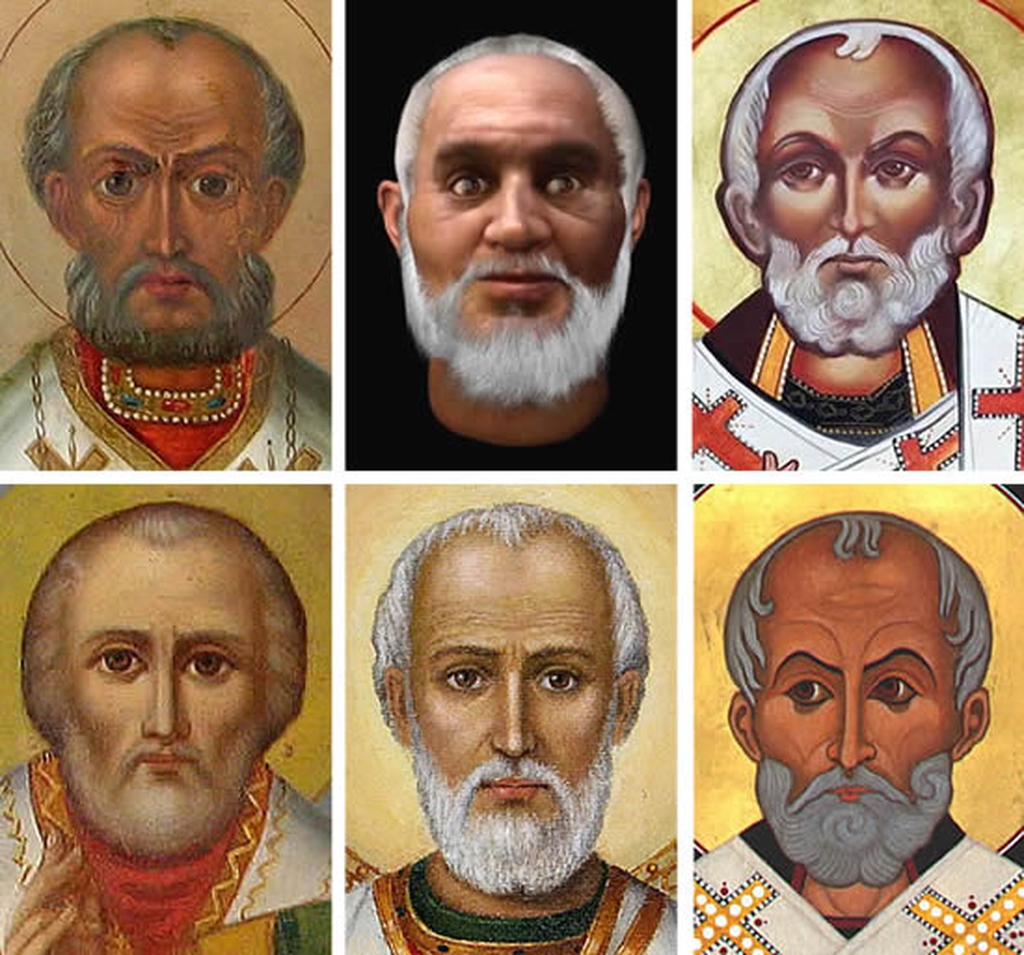 Bromham: St Nicholas
Services and events
News and notices
About us
Weddings, Christenings and Funerals
Access
Bell Ringing
Bible Study Groups
History of the Church
Our Team
Thank You
The Friends of Bromham and Sandy Lane Churches
Useful Links
Would you like to join our Choir?
Find us
High Street Bromham
Get in touch
Facilities
More information
Social
Edit this church

Early medieval churches in England were mostly founded in the linear format consisting of nave, tower and chancel. Later, north and south transepts were added to the churches to form the familiar cruciform shape. St Nicholas church has never had a north transept.  It is thought that the site on which the church now stands may well have been a site of religious worship prior to the founding of the present church, as in 1086 the Domesday Book records a priest as having “lands and messuages” in Bromham. The building of the church we see today was begun between 1086 and 1094 during the latter years of the reign of William I (William the Conquer) and the early years of his son William II, and has been extensively added to and altered over the centuries.  However, there remain considerable areas of original Norman and medieval as well as later 17th, 18th and 19th century alterations and re-construction.

St. Nicholas Church in Bromham is considered to be one of the finest parish churches in Wiltshire. The church sits on a prominent site in the centre of the village overlooking the Avon valley towards Melksham, Trowbridge and Westbury. St Nicholas church was originally built in the linear form consisting of nave, a tower or crossing (no spire) and chancel. In the 14th century a transept was built to the south of the tower or crossing and was completed by 1380. At this time the tower or crossing was increased in height. The south transept was substantially altered during the 15th century and rebuilt as an antechamber to the newly built chantry chapel completed in 1491. There is no evidence or records of a north transept ever being built. Major additions and alterations to the church were carried out in the late 14th, 15th and early 16th centuries. This work resulted in the addition of a south aisle completed in 1390 together with a new south entrance and porch, re-fenestration (the redesign) of some of the windows in the gothic style and the addition of an octagonal spire in 1510. In the 17th century the parvis chamber for the Assistant Curate was built over the entrance porch and in the19th century the chancel was rebuilt and a new vestry constructed. At the same time a new pulpit and reading desk were installed and a re-ordering of the pews was carried out.

Architecturally, the 15th century chantry chapel is the most important feature of the church, and many historians have written of its splendour and the richness of its decoration. The quality of the chapel’s architecture and the exceptional importance of its heraldic embellishment is a constant feature of many published works.

The chapel at Bromham is built mainly in the Gothic perpendicular style which was common between about 1330 – 1500 although various aspects of the windows and its interior and exterior decoration are clearly more reminiscent of the earlier decorated Gothic style. This merging of perpendicular and decorated styles may be no accident as clearly the builders have sought to merge the chapel’s architecture with that of earlier parts of the building to which it is connected. The chapel which is built in the angle formed by the chancel and transept is two bays long with a five light gothic perpendicular window in the east wall and two similar windows in the south wall. To the north and west, the chapel is separated from the chancel and transept by arcaded walls with a mixture of 15th and 19th century decorative oak screens with panelled bases and traceried upper halves. The decorative mouldings of the arches in the north and west walls have finely carved foliate decoration.

A licence to build the chapel was granted by Letters Patent in 1485 by Henry VII to its co-founders Sir Roger Tocotes and Sir Richard Beauchamp, Lord St Amand. When it was completed in 1491 it was called “The chapel of the Blessed Virgin Mary and St Nicholas”. Since its construction the chapel has been known variously as the Tocotes-Beauchamp and more recently the Bayntun chapel and between 2004 and 2007 has undergone extensive conservation work.

On 9th July 1492, licence was granted by Henry VII to found a chantry and a chaplain was installed and called “Sir Roger Tocotes’ chaplain. The 15th century gilded and polychrome (painted) panelled oak ceiling with its carved and decorated arched braces is the most important feature of the chapel and, through its heraldry, commemorates the families and marital links of the co-founders, Sir Roger Tocotes and Sir Richard Beauchamp, Lord St Amand. The armorial theme of the Chapel is repeated in the ornamentation of each of the thirty two panels each with an heraldic shield. The chapel contains some fine original 15th and 19th century stained glass although some of the glass has been moved over the centuries. The east window contains the 19th glass of the John Bayntun Starky window. The south east window in the chapel contains some of the original hand painted 15th century glass installed when the chapel was constructed. In the top centre of this window are the arms of Edward the Confessor (left) and those of Edward IV (right) with an angel above. To the left of the arms will be found a depiction of Edward the Confessor as a King; kneeling before the Virgin and child. On the right of the arms is a depiction of Edward the Confessor as Saint Edward facing an angel. In the top of the lower sections of the window can be seen the remains of five triptychs which would have contained representations of the Virgin Mary in the centre, St John the Baptist and St Nicholas on either side and other saints. Below the remains of the triptychs are five roundels showing the heraldry of the Lords of the Manor of Bromham. These are from left to right, Roche, Ashton, Roche impaling Delamere, Ryce and Tocotes. The arms of Tocotes have unfortunately been inserted on its side.

The church was used by Cromwell’s forces during the lead up to the Battle of Roundway Down, Devizes 13th July 1643. The walls of the chantry chapel and Sir Rogers Tocotes tomb and effigie contain interesting graffiti from that and later periods  in the churches history.

The medieval Chantry Chapel attracts a large number of visitors from home and abroad each year, who come to see its fine, and unique, painted ceiling, medieval stained glass and striking monuments.  They also come to see the imposing Celtic cross memorial to the 19th century Irish poet and songwriter, Thomas Moore, who is buried in the churchyard, together with his wife Bessy and two of his children. The five light west window in the nave built by William Constable of Cambridge commemorates the life and work of Thomas Moore. The three light window above the high altar in the chancel is dedicated to Bessy Moore and was built by the William Morris Workshop to a design by Sir Edward Burne Jones

In the 18th century a spectacular entertainment was provided by a steeple flyer who 'flew' down a rope stretched between the church steeple and a tree. Unfortunately the steeple did not stand the stress of the steeple flier and his board and was partially pulled down. It had to be rebuilt.

It is likely that the first bells were installed in the church around 1378-79. Today the church has a peal of six bells that were recast in 1875 and the clock was installed as part of Queen Victoria's Jubilee celebrations in 1887. Little was done for the first half of the 20th century and in 1957 the first thorough cleaning for 50 years revealed many interesting features. The parish registers from 1566 (christenings) and 1560 (marriages and burials), other than those in current use are held in the Wiltshire and Swindon Record Office, Chippenham.

If you would like to know more about our church, a book entitled, A History of St Nicholas Church, Bromham, Wiltshire, its Chantry Chapel and early Patrons, is available from the author \9see below). This book, with illustrations, charts the history and development of Bromham and its parish church from the Saxon period to the reign of Elizabeth I. The book looks at political reforms during this period and how they forced change and affected the local community. A section of the book deals with the lords of the manor of Bromham Battle, many of whom were patronised by the Kings and Queens of England and were influential not only locally, but also nationally and in some cases internationally. This book also dispels the myths which have grown around the Bromham monastery and Battle House.