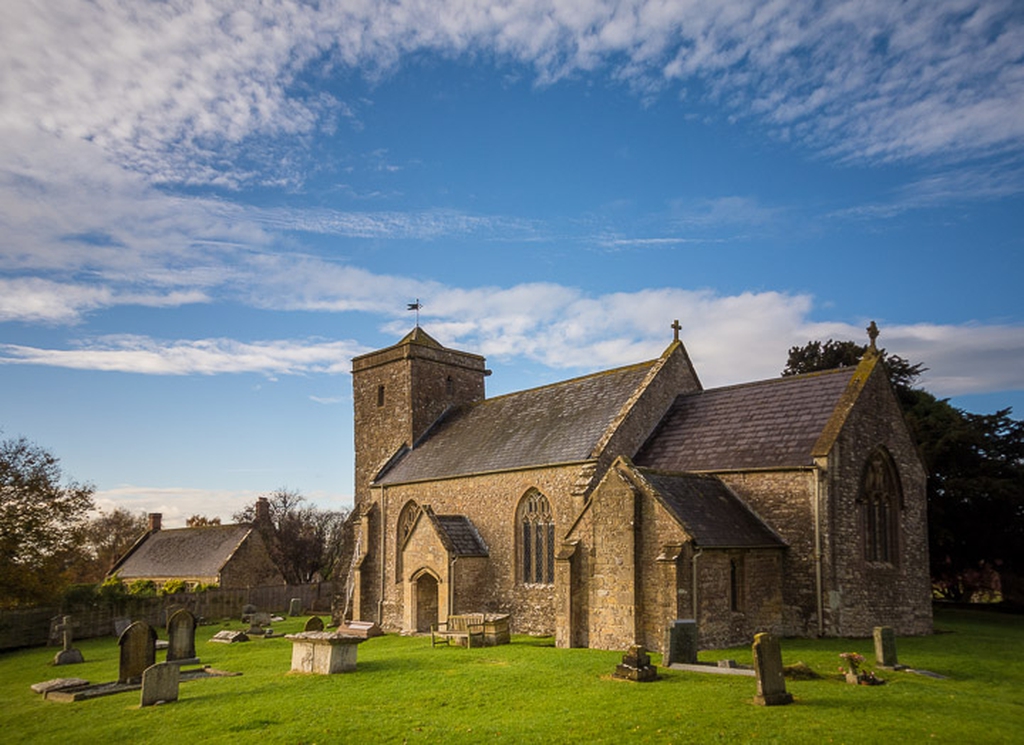 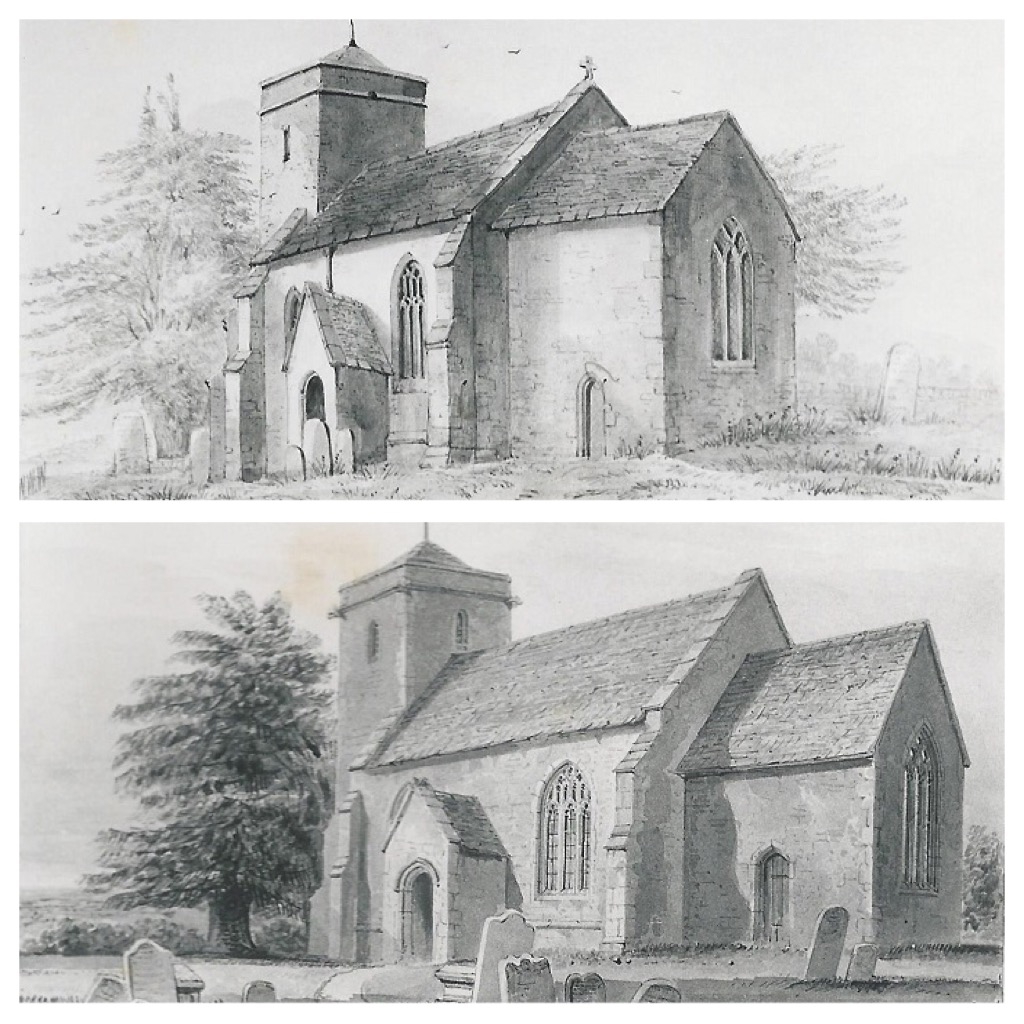 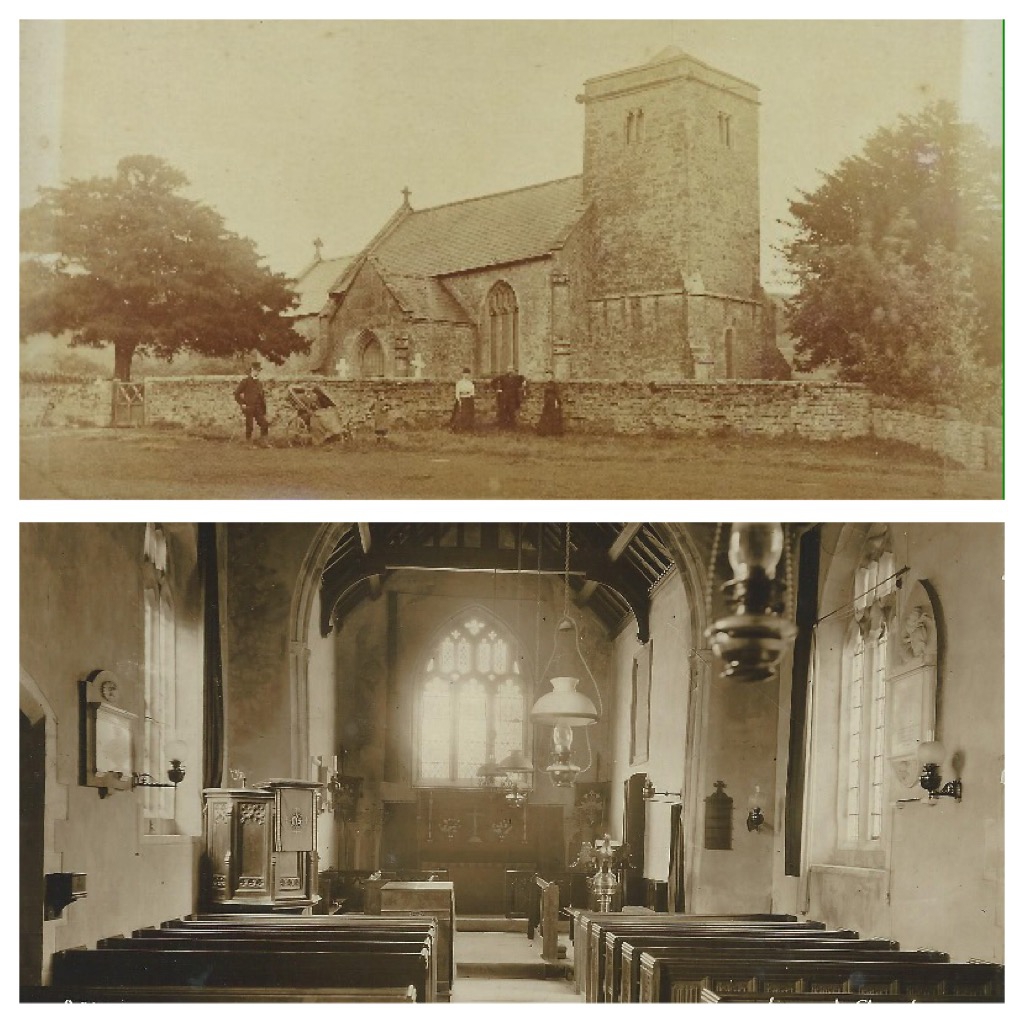 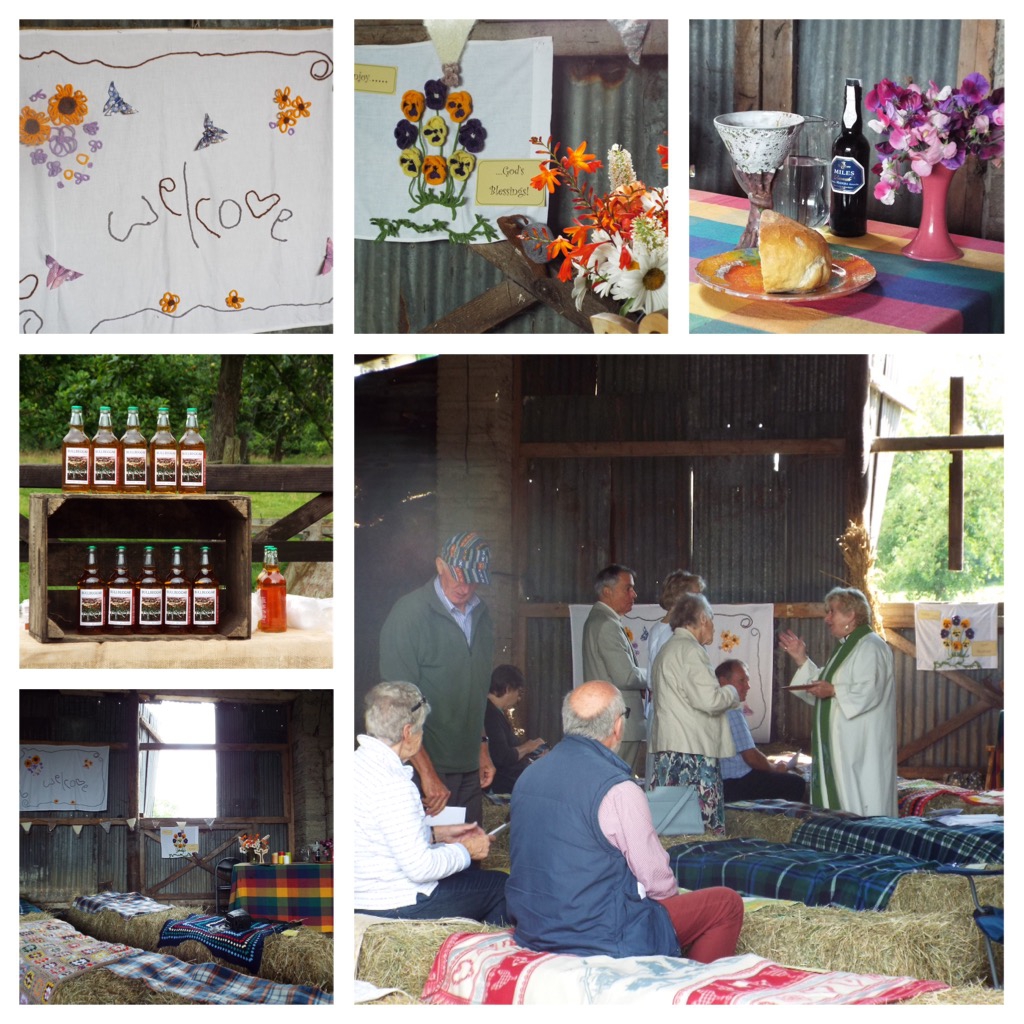 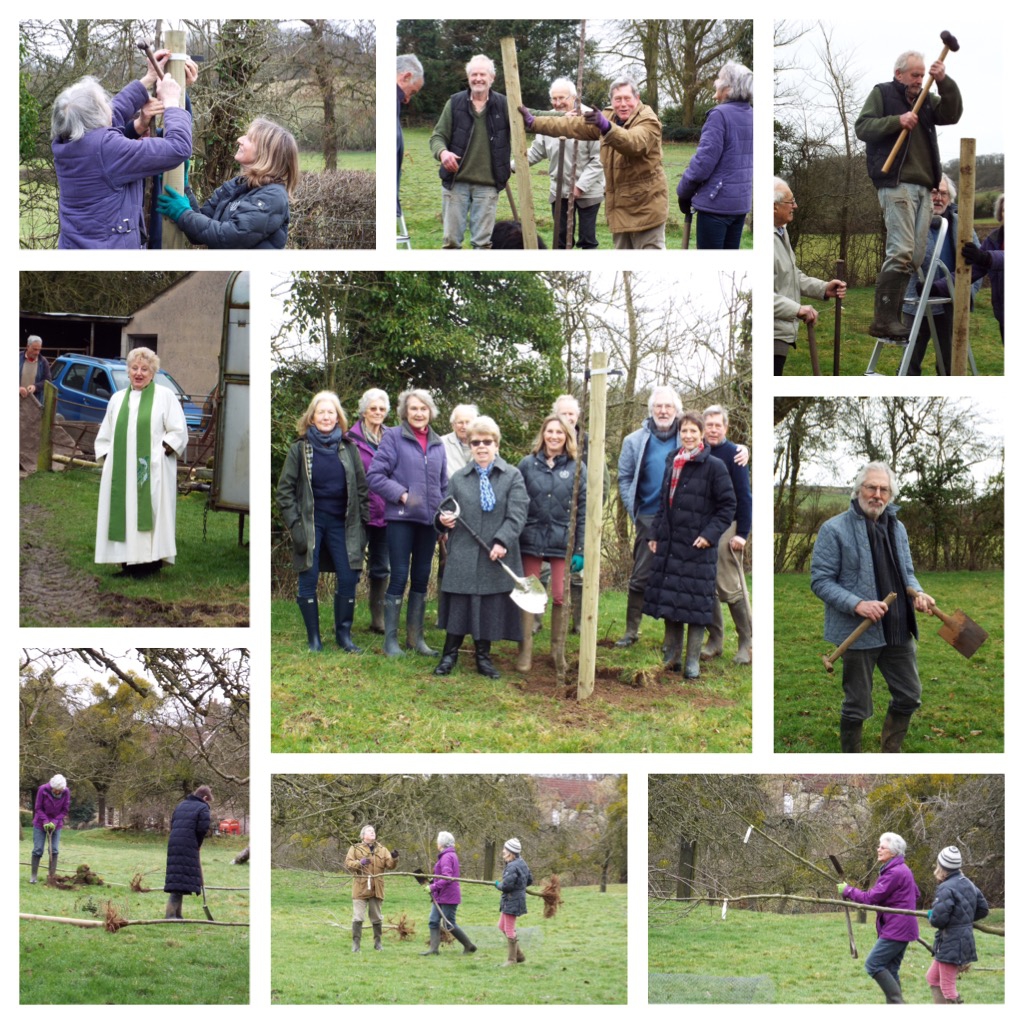 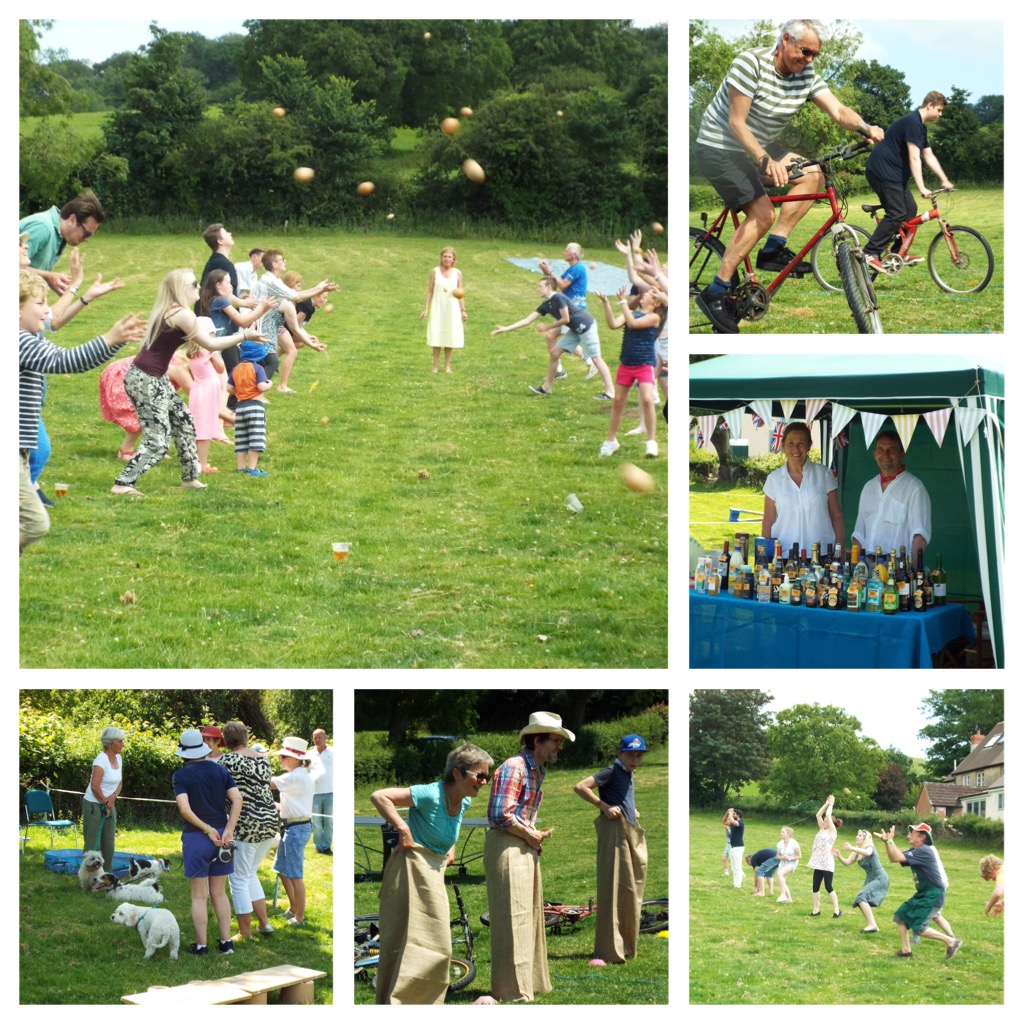 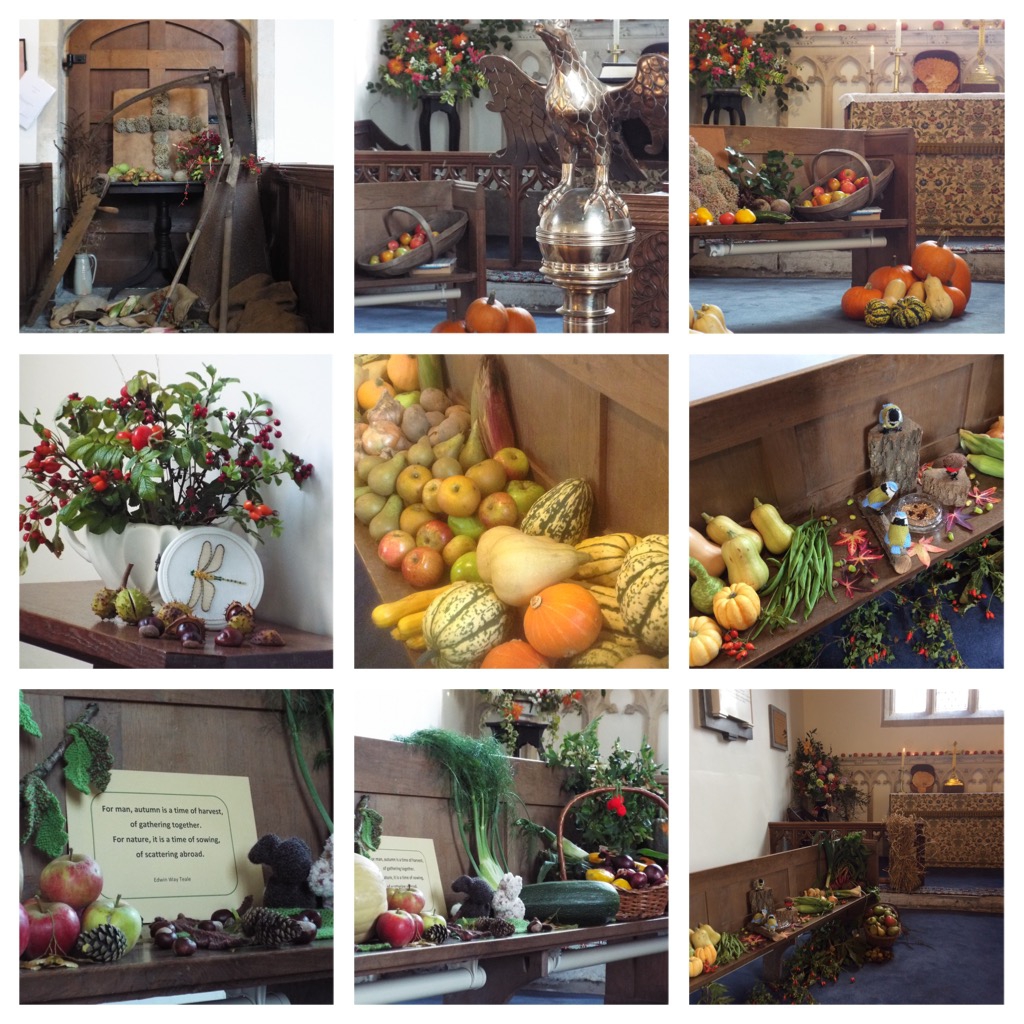 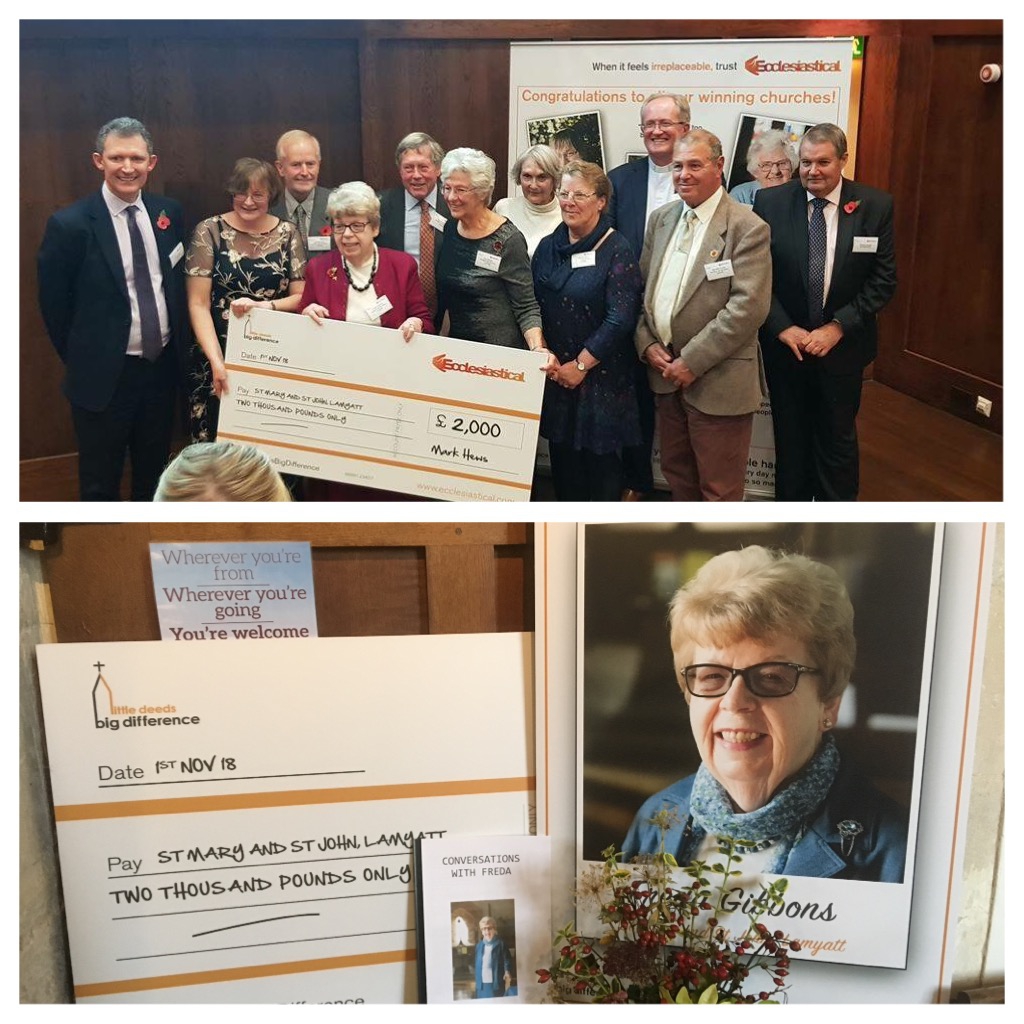 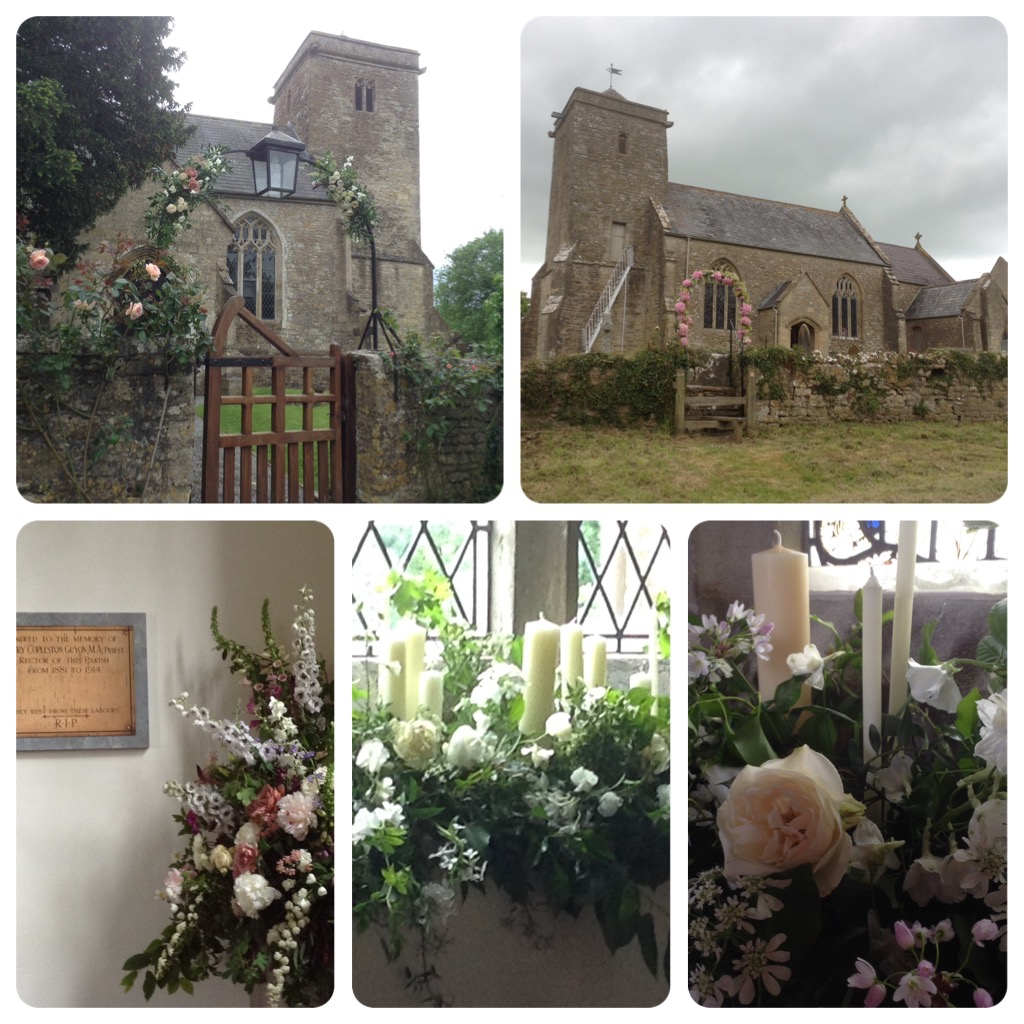 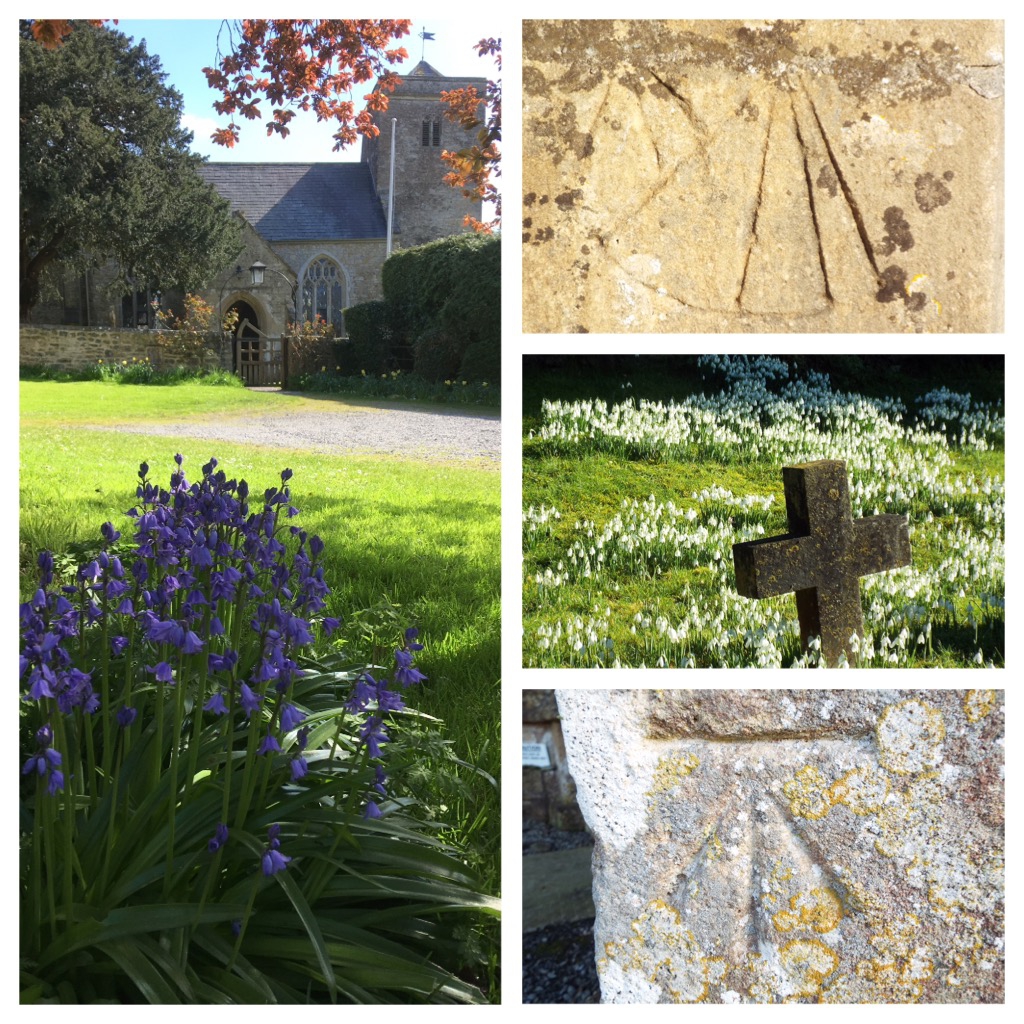 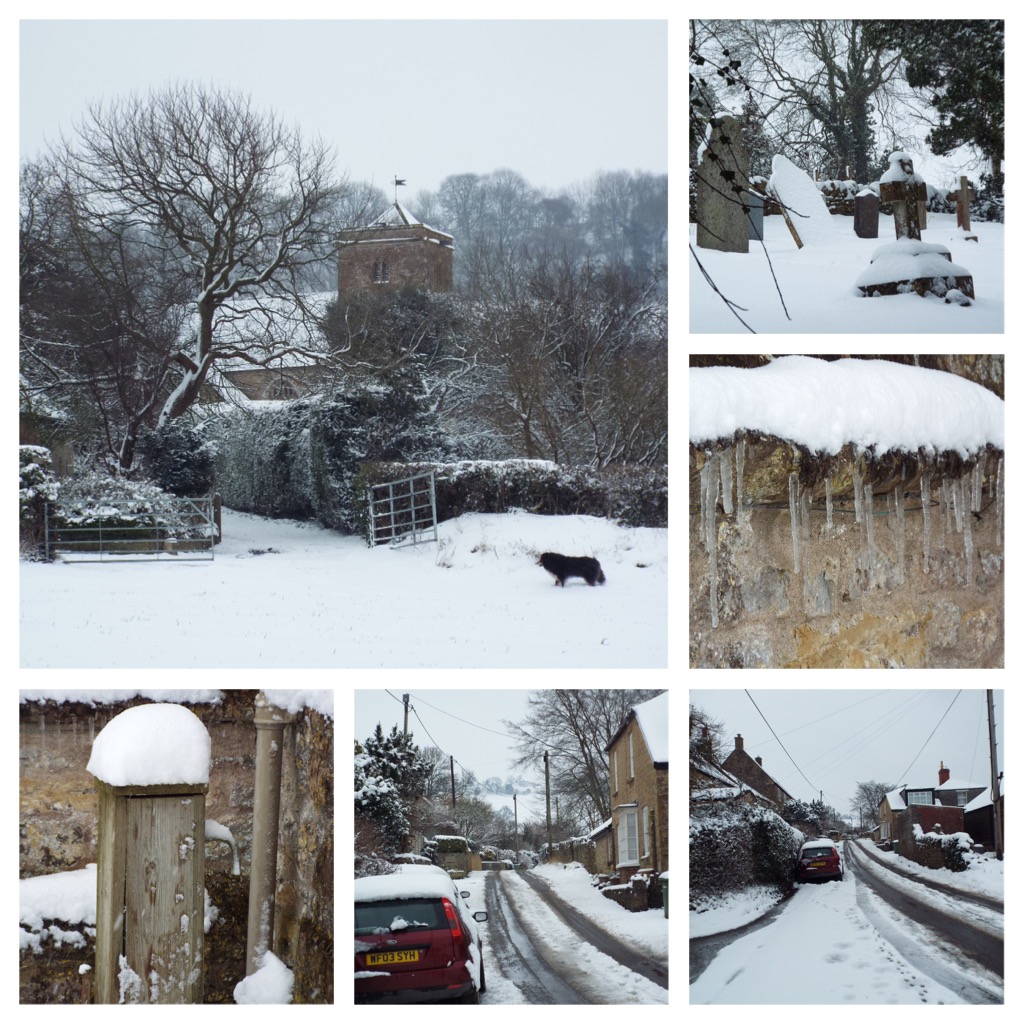 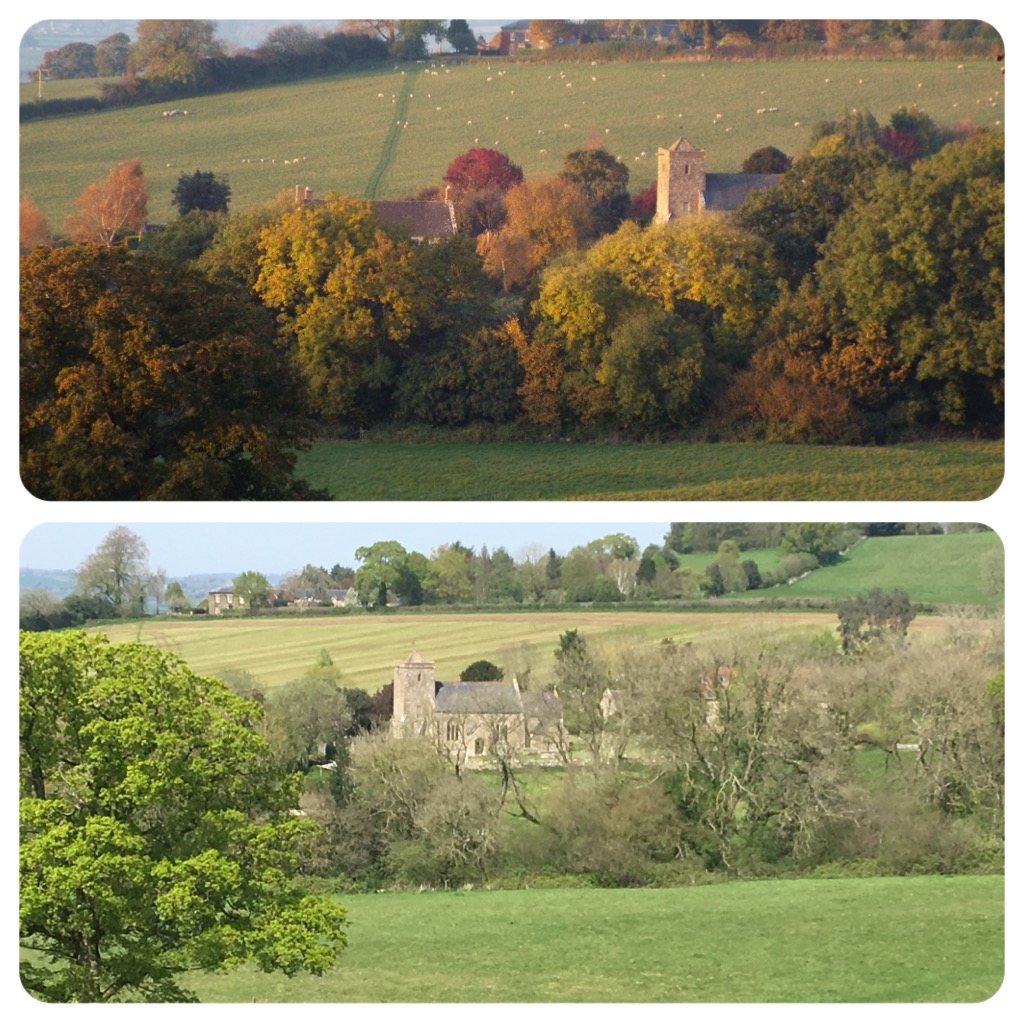 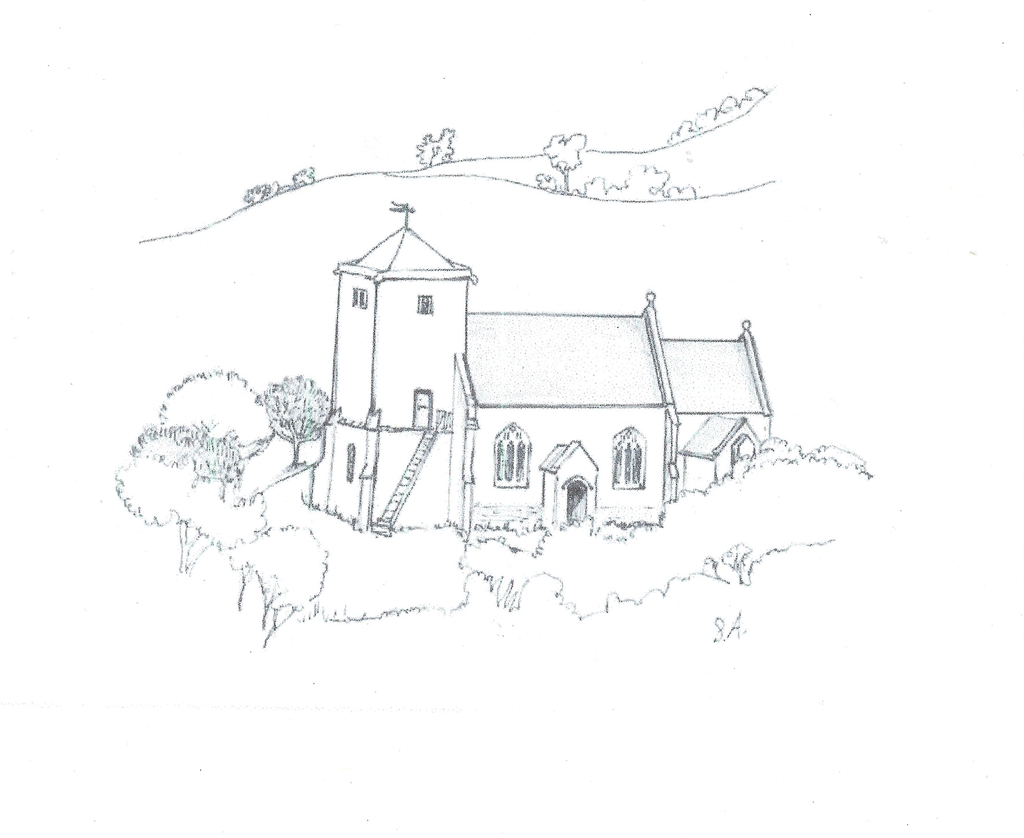 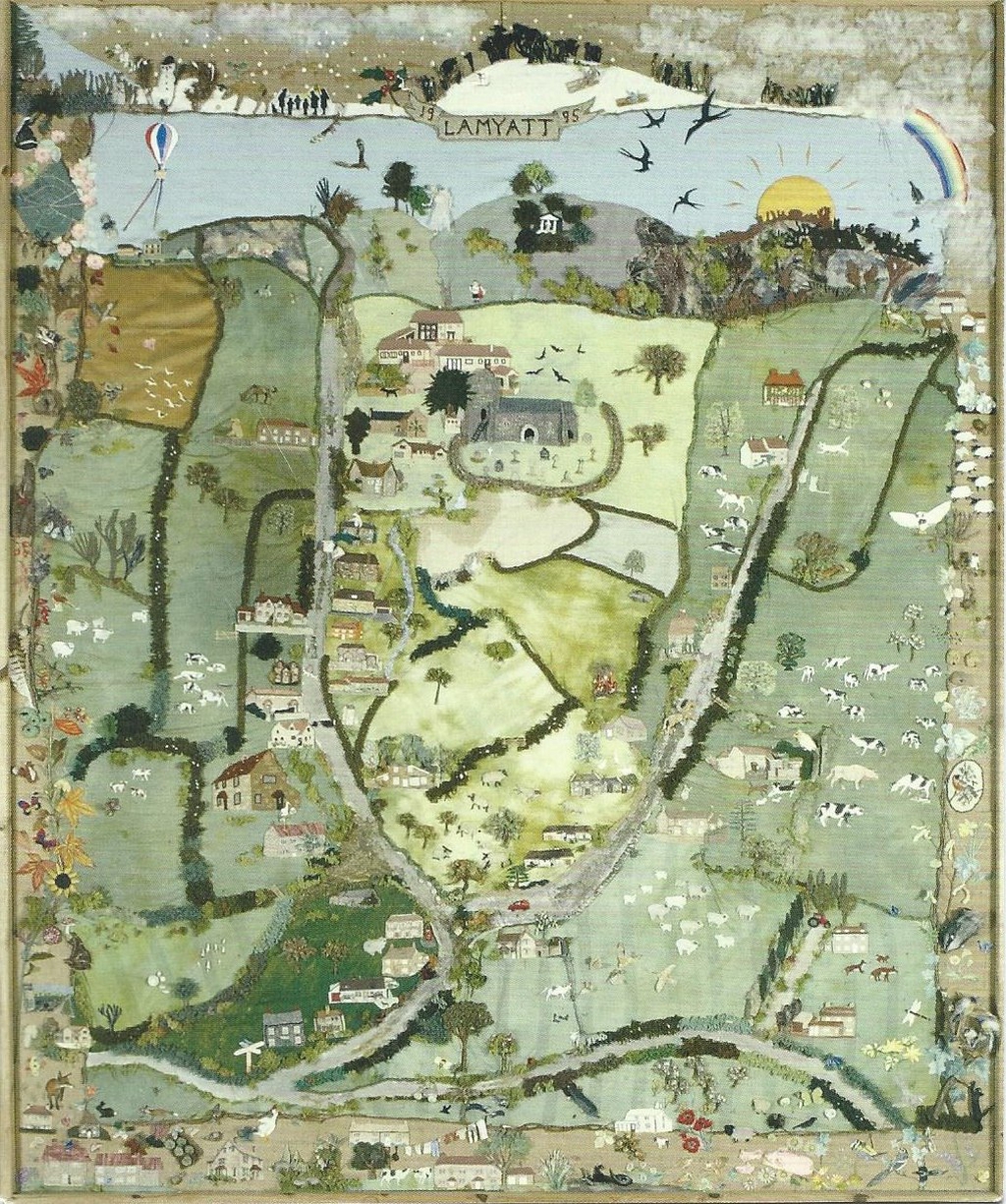 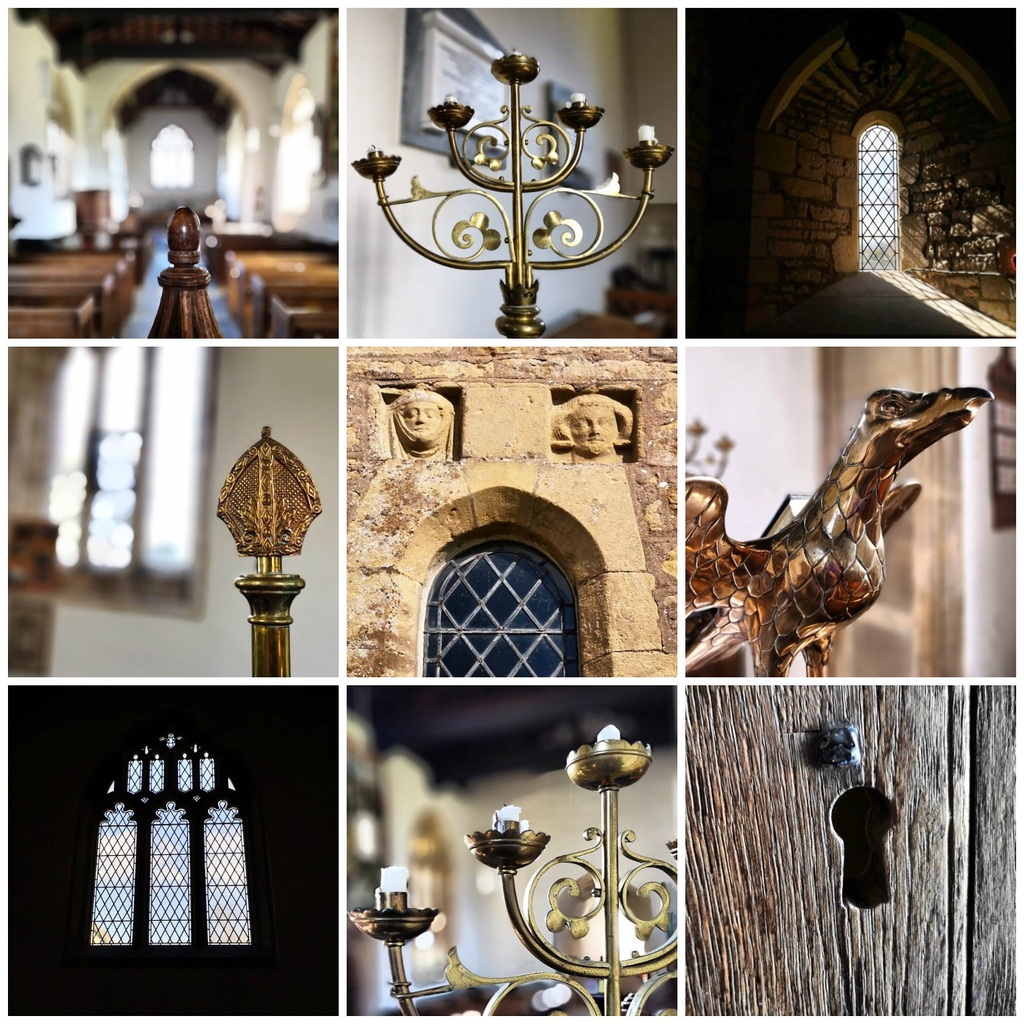 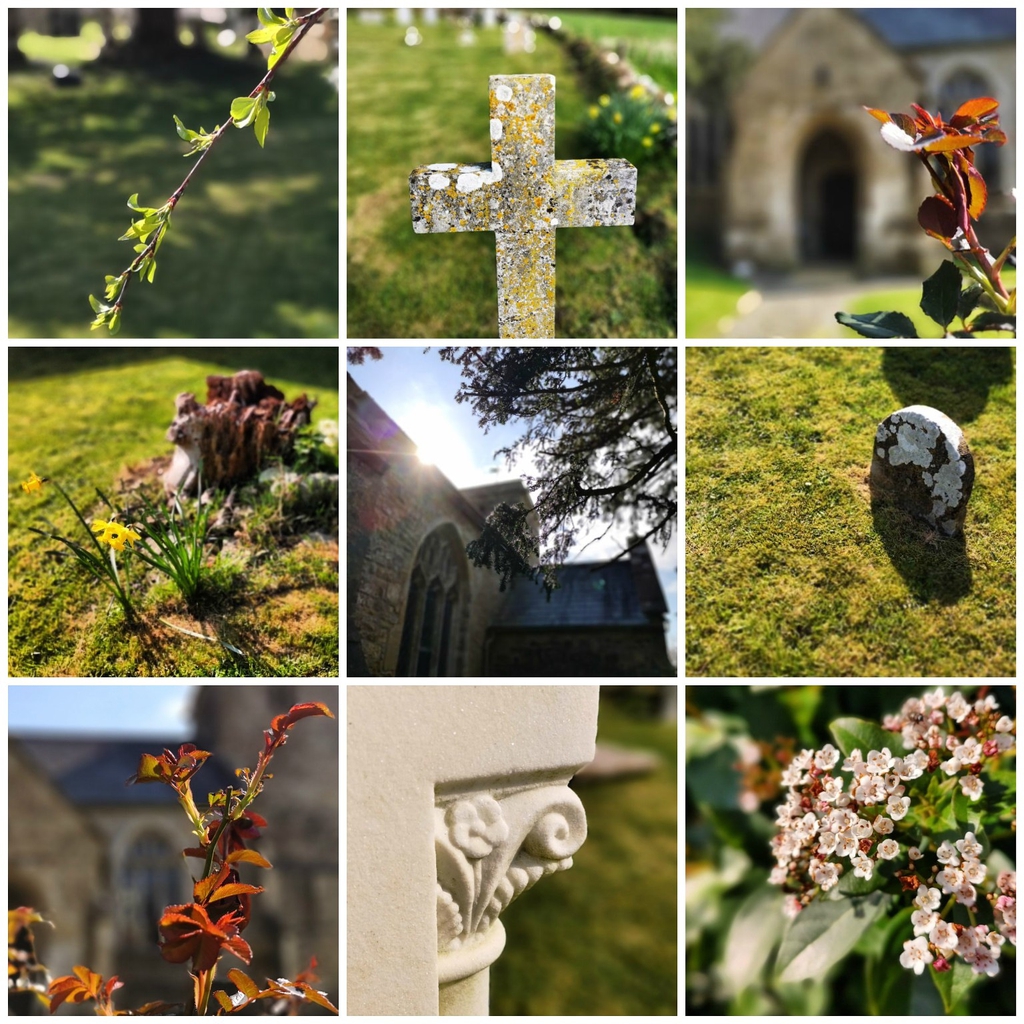 Inside the church you will find our wonderful collage. You can't miss it - it's really quite big!  There's a photo in the gallery.

The initial idea of a village collage, to celebrate VE Day, was born in March 1995. Not only long-term inhabitants of Lamyatt, but also newcomers responded to the idea and it quickly became clear that this was no small project to be completed in two months.

There were so many ideas to be incorporated - a list grew of almost every bird, animal, insect, landmark, historical connection, ghost (as of the poor Roman soldier on the hill) and general village problems like the mud and the bluebottles from the maggot factory (now thankfully gone!) but at the time smelled occasionally in the village with a north-east wind! Of course, you cannot put a smell on a collage! Some things will puzzle anyone not here in 1995, as the collage represents the village of that year, and is a unique piece of modern history.

Most important of all is the Red Cross Train with its fourteen coaches, which is situated on the left hand side about 18 inches from the bottom - a serious memorial to VE Day. This train, as well as the title scroll, was beautifully stitched by Edwin Shepherd, aged 80. He also made the gate into the churchyard. What a craftsman!

The temple at the top of Creech Hill was Romano-British and was excavated in the 1970s. Although nothing is visible now, various coins were found as well as a series of figurines of Roman gods which were used as votive offerings - the originals are in Taunton museum.

This collage could in no way be accurate in the map sense. Artistic license was used throughout and apologies to those whose houses at the bottom had to be rearranged!

The work brought together people who had no reason to meet otherwise and friendships grew. A huge diversity of talent appeared. Many made their own houses, others dyed materials, wove, knitted or otherwise created the background. For a long time, few could look at a piece of fabric, a twig, lichen or coloured paper without mentally converting it into a tree or even a balloon – we got so many floating past!